The Pine Hills community located just outside of Orlando, Florida, is one of Orange County's oldest and largest neighborhoods. It was originally developed in the 1950s as a suburb for workers of the Martin Marietta Corporation. In the 1980s and 1990s, newer housing developments were built in the county attracting residents away. Many long-time businesses also left Pine Hills. Disinvestment coupled with external negative perceptions of Pine Hills have plagued the community's residents and business owners. The Pine Hills area was also a target of subprime lending practices during the housing boom, leading to 4,000 foreclosure filings between 2008 and 2010.

Despite the area's economic decline, several organized local groups are active, and Orange County has shown significant support for community redevelopment efforts in recent years. In 2004, the "Pine Hills Land Analysis and Strategic Plan" were completed, which resulted in increased home ownership and investment in the area. The county received Neighborhood Stabilization Program (NSP) funds from the U.S. Department of Housing and Urban Development (HUD) in 2009, which provided some assistance to Pine Hills during the foreclosure crisis. In 2010, the local high school was rebuilt and a follow-up to the 2004 plan led to a market assessment for several important corridors.

The Orange County Planning Division requested a CPAT to aid its efforts in creating a strategy for moving many of the findings and recommendations of the 2004 and 2010 studies forward. In particular, the planning division seeks guidance with the area surrounding the intersection of Silver Star Road and North Pine Hills Road, which is the focus of their efforts to develop a vibrant, mixed-use, town center in Pine Hills.

Disinvestment in the area over many years and an unfortunate rise in crime fueled the area’s decline. Property values began to decline in Pine Hills. Many homes that owners were unable to sell turned into rental properties, including government subsidized housing. Median income levels dropped. Long-time businesses left the area. The Orlando area also grew. The tourist industry continued to expand as well as other industries that located in the Orlando area. Expanded choices for housing and businesses developed into other parts of the region leaving older Pine Hills in an increasing struggle to compete.

May 8, 2014
The team presented its ideas and recommendations followed by questions and answers from the public, which provided additional feedback that the team will include in its final report. Team leader Graham Billingsley, FAICP, began with an introduction of the week's process, followed by Claire Hempel, AICP, who offered some design concepts for the area. Robert Lewis, AICP, presented the economic realities and a preliminary development program along with costs and implementation steps. Aaron Arnett, AICP, provided a full community identity package including a brand statement, color palette, typeface, icons, and taglines. Arnett demonstrated a variety of ways the brand can be employed along with ideas that stemmed from conversations with community members throughout the week.

May 6, 2014
The team conducted stakeholder interviews all day Tuesday, discussing Pine Hills with over 50 individuals representing a wide range of interests. In the evening, the team held a public meeting where over 40 people participated in breakout groups to discuss their hopes and ideas for Pine Hills, and more specifically, the area around the intersection of N. Pine Hills and Silver Star Roads. Before citizens broke into groups, the team presented background information to help put the area into context. 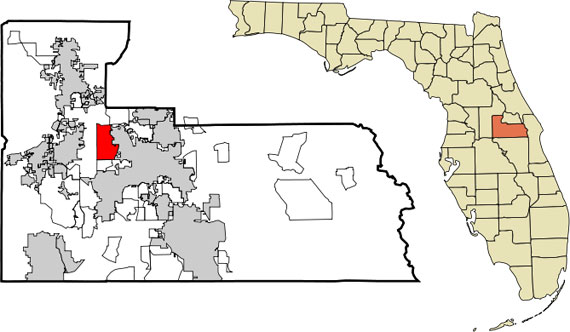 Graham Billingsley has significant experience covering more than 30 years of practice. Educated in planning, landscape architecture, and architecture — and with experience in all three fields — he is able to develop solutions designed to solve a problem specifically for a community. For 23 years, Billingsley was in the public sector, first in Dallas then for 18 years in Boulder County, Colorado. He has developed land use codes and conducted studies or projects in comprehensive planning, housing, economic development, downtown revitalization, demographic and economic analysis, opinion surveying, landscape architecture, architecture, historic preservation, urban design, and process management.

Aaron Arnett is a principal in the firm Arnett Muldrow & Associates in Greenville, South Carolina. He has Bachelor of Architecture and Master of City and Regional Planning degrees, both from Clemson University. Arnett has worked in all areas of urban planning and for the past 12 years has worked in the private sector focusing on small town and downtown revitalization. Arnett Muldrow and Associates specializes in downtown economic development, historic preservation, and community branding. The firm was created to help communities that want to rebuild their aging downtown, reinvigorate their urban neighborhoods, and create economic development opportunities. To date, the firm has completed projects in over 300 communities in 32 states.

Claire Hempel is project manager/associate and operations manager for Design workshop's Austin, Texas, office overseeing a wide range of projects currently including streetscapes, community planning efforts and urban design efforts. Hempel holds a master's degree in Community and Regional Planning from the University of Texas at Austin and a Landscape Architecture bachelor's degree from Louisiana State University. She has eight years of landscape architecture practice working in both the private and public sectors in Houston and the greater Dallas-Fort Worth metroplex area. Hempel has been a task leader for projects that include urban and regional parks, resort and high-rise design, and comprehensive community and environmental planning. Her professional interests include public engagement, planning on multiple scales and empowering smaller communities.

Bob Lewis directs economic research and planning projects at Development Strategies, based in St. Louis. He was part of the team that created Development Strategies in 1988 after 10 years with Team Four and two years with the St. Louis County Department of Planning. He was named president in 2000. The focus of his professional work is analyzing the market, economic, and organizational forces that influence urban planning, economic growth, and real estate development. His consulting services yield strategic recommendations for clients seeking to maximize economic value. Clients include local governments, private property owners, corporations, government agencies, nonprofits, and institutions all around the USA.