West Melbourne, Florida (pop. 19,834), is wedged between other surrounding larger cities. The city currently does not have a central business district or community core and, although it does have community redevelopment areas along three other business corridors, a majority of the civic uses are along Minton Road.

Minton Road is experiencing a resurgence of development activity and will have a unique community park. This has led the city council to direct staff to change codes and to determine incentives that would partner the city with private investors in creating a downtown type of environment. The project's objective was to foster a community core based on values expressed by multiple stakeholders resulting in partnerships and possibly a multi-agency effort leaving a lasting legacy.

There are several important characteristics of West Melbourne that lend themselves to supporting the emergence of a Town Center. While the report is only a partial picture of the city's socioeconomic and physical profile, these characteristics represent key contextual factors that need to be considered in the planning, design, funding, and permitting of a Town Center. 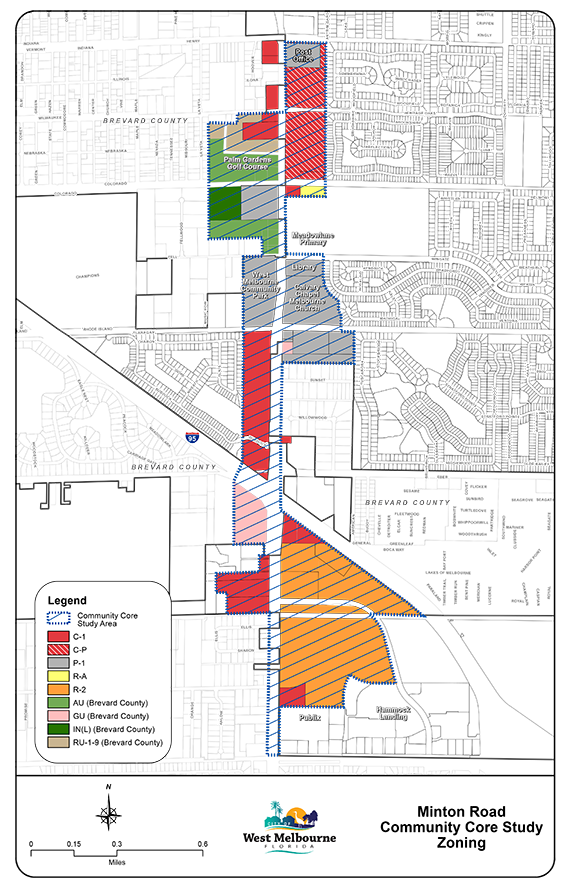 During the week of January 25, 2016, the CPAT traveled to West Melbourne. Along with the team leader Bruce Knight, FAICP, the team members were Whit Blanton, FAICP; Cynthia Hoyle, FAICP; and Jason Epley, AICP. The team kicked off the week by meeting with city officials and the community contact, Christy Fischer, AICP, to discuss the project. The meeting was followed by a walking tour of Minton Road from Henry Avenue to Eber Boulevard so the team could get a feel for the potential of the corridor.

On Tuesday, the team met with a small group of developers and stakeholders to discuss their vision for a town center in West Melbourne. The group of 12 covered topics ranging from investment opportunities, potential site locations, current projects under way, transportation issues, and their hopes for the future of West Melbourne in an area of Florida with strong population growth due to an increase in tech companies locating to the "Space Coast."

On Wednesday, the team got a chance to meet with residents and stakeholders in two meetings held at the Veterans Memorial Complex. The community members included a group of students from Melbourne High School learning about public engagement in the public sector. The team began each meeting delivering a presentation on the five core principles of a town center and challenges and opportunities specific to Minton Road and West Melbourne. The presentations were followed by small group discussions focused on the five core principles: connectivity, pedestrian orientation, variety, public space, and local identity.

On Thursday and Friday, the team focused on drafting the report and discussing their findings with city officials.

On September 17, 2015, team leader Bruce Knight, FAICP, and APA staff member Eric Roach visited West Melbourne to meet with city staff and a variety of stakeholders. The focus of the trip was to tour the Minton Road area and begin gathering feedback from citizens, land developers, city officials, neighborhood associations, and religious institutions passionate about the future of West Melbourne and the city's identity. The full team site visit will occur January 24–29, 2016.

Bruce Knight has served as planning director of Champaign, Illinois, for 25 years and as an adjunct lecturer at the University of Illinois in the Department of Urban and Regional Planning for 10 years. He previously worked in Liberty, Missouri, and Iowa City, Iowa, and at the Mid-Iowa Development Association Council of Governments in Fort Dodge Iowa. Knight was named to the AICP College of Fellows in 2003. Among his APA leadership positions, he served as APA Board President, two terms on the APA Board of Directors, and two terms as president of APA's Illinois Chapter. He co-chaired the Host Committees of the 2002 and 2013 National Planning Conferences in Chicago and served on the APA Mission Statement Task Force. Knight has a BS in Urban Planning from Iowa State University and an MA in Public Affairs from the University of Iowa. 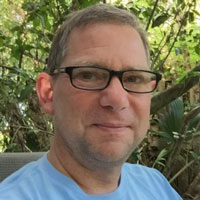 Whit Blanton is executive director of Forward Pinellas, the countywide land use and transportation planning agency serving the St. Petersburg-Clearwater urbanized area in Florida. His 28-year planning career spans experience in the public and private sector, primarily focusing on multimodal transportation, transit-oriented development, and community visioning and redevelopment planning. Blanton was a co-founder of Renaissance Planning Group in Orlando, Florida, and was the firm's vice president until 2015. He served two terms on the APA Board of Directors and has served as chair of APA's Education Task Force, Legislative and Policy Committee, Divisions Council, and Transportation Planning Division. He was inducted into the AICP College of Fellows in 2012. Blanton has a bachelor's degree in journalism and communications from the University of Florida and completed master's degree coursework at Florida State University. 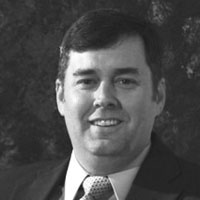 Jason Epley brings 20 years of national experience in the planning profession to the consulting team. Currently the president of Benchmark CMR, Inc., Epley's past positions have included working with municipal, county, regional, and state government planning programs throughout North Carolina. He specializes in comprehensive planning, military planning, urban design, public involvement, and meeting facilitation. He brings expertise and experience with downtown development and design, and currently serves in the role of executive director of the North Carolina Downtown Development Association. Epley has a wealth of experience helping communities develop meaningful plans and sound implementation strategies, with project experience in well over 100 communities across the country. 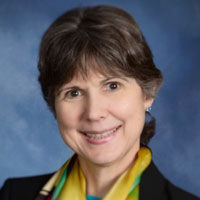 Cynthia Hoyle has over 30 years of planning experience working at the local, state, and national levels. Cynthia is currently a consultant in Urbana, Illinois, with Alta Planning + Design. She specializes in transportation, creating community mobility, Complete Streets, bicycle planning, Safe Routes to School, comprehensive planning, and visioning. Her passion is promoting choice and livability. Hoyle is a Fellow of the Institute of Transportation Engineers (ITE). She served on the ITE 1998 Outstanding Traffic Engineering Council Project for the Recommended Practice entitled "Design and Safety of Pedestrian Facilities." She is a Complete Streets Instructor with the National Complete Streets Coalition and a League Certified Instructor through the League of American Bicyclists. Hoyle is also the chair of C-U Safe Routes to School Project and serves on the Urbana Bicycle and Pedestrian Advisory Commission.