The nonprofit Detroit RiverFront Conservancy was created in 2003 through a public-private partnership to encourage economic development within the city and to enable public access to the riverfront. Through its work, the Conservancy is transforming five and half miles of the Detroit riverfront from an area with limited public access, marked with crumbling buildings and overgrown lots into a revitalized riverfront that draws nearly three million visitors a year.

Nearly three and a half miles of the east riverfront project are complete and construction is starting on the two-mile west riverfront. The Conservancy offers seven-day-a-week programming to promote health, education, and recreation along the riverfront, including the annual River Days festival that draws 150,000 people each summer. The Conservancy has achieved $1 billion in total public and private sector investment and generates an estimated $4.5 million in annual tax revenue. The public has even requested that the RiverWalk be extended beyond its original five and half mile plan. 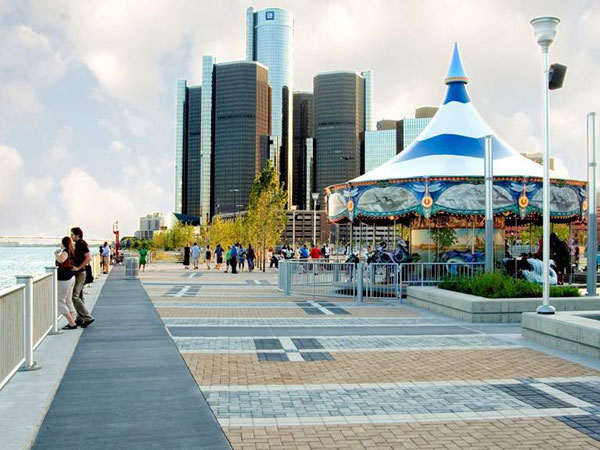