Chatham Village demonstrates the lasting value good planning provides in building places of lasting value. It is one of the purest examples of an American movement to ameliorate the effects of sprawl and, at age 75, it functions better than newer incarnations of the same ideals — making it as relevant today as when it was built.

Two-hundred-year-old trees, Georgian revival architecture, and a sense of community among residents combine to make Chatham Village unique. It was designed and built along the lines of an English Garden City during the 1930s on hillside property that was considered not developable. Within walking distance of transit to downtown Pittsburgh, Chatham Village continues to be a great place to live, providing residents with parks, footpaths, garden courts, recreational facilities, and a feeling of community.

The American Planning Association has selected the Chatham Village neighborhood as one of 10 Great Neighborhoods in America for its innovative design, livability, and sustainability. 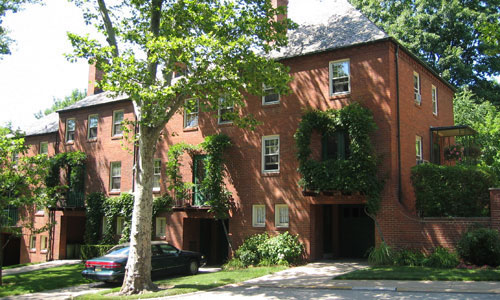 A greenbelted oasis marked by centuries-old trees, Chatham Village was completed in 1935 by the Buhl Foundation of Pittsburgh and renowned planners Clarence Stein and Henry Wright. From its inception, the venture and its financial structure were so successful that it became a model for large-scale residential development projects and a compass for federal housing policy for a decade to come.

Aside from its durable influence and significance as a National Historic Landmark, Chatham Village remains a great place to live. Across its 46 acres, blocks of ivy-draped Georgian revival row houses face in on private garden courts. The residential buildings have "reverse fronts": instead of facing onto a street, they look onto green space while the peripheral winding roads provide auto access from the rear. Those units with built-in garages are sited on slopes. Downtown is accessible by public transit. 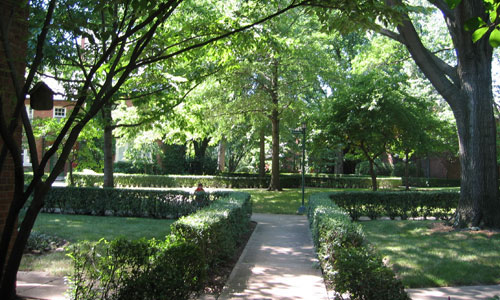 Stein and Wright were pioneering American exponents of the Garden City planning approach, an English export that sought to improve city residents' quality of life through a reasoned and environmental approach to land use and transportation planning, landscape design, and architecture. Pocket parks, stone walls, and garden follies contribute to the village's variety and character. Not surprisingly, the place is often likened to a quaint English village rather than the late 19th century neighborhood it adjoins. A virtual nature preserve, the 25 acres of "Chatham Wood" contain oak trees estimated to exceed 200 years of age, as well as nature trails, a picnic area, streams, and footbridges.

In order to keep the development profitable, the Buhl Foundation retained "single ownership" over the property, letting units at affordable rates. Keeping pace with broader housing trends, in 1960 the foundation sold the entirety of Chatham Village to Chatham Village Homes, Inc., a residents' cooperative. The property remained under the single ownership of the cooperative with owners purchasing shares of the whole. 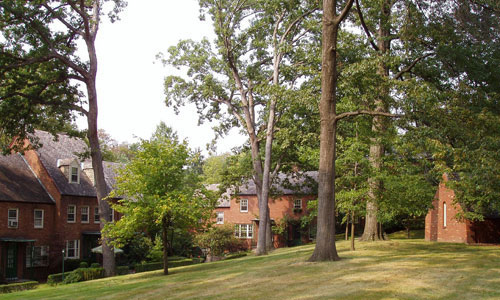