The Eastern Market neighborhood is a thriving example of the spirit and commitment of its residents. Their civic pride and dedication, combined with the centuries old vision for this community, sustain this neighborhood's unique characteristics.

Sitting in the shadow of the nation's Capitol, the Eastern Market neighborhood has retained its unpretentious, charming nature for more than 200 years. As a result of its original design and the community's commitment to local preservation, the area has weathered many political and economic storms to emerge today as a thriving residential community with a strong sense of its history as well as its future.

The American Planning Association has selected the Eastern Market neighborhood as one of 10 Great Neighborhoods in America for its continued success in balancing the demands of growth and change, while preserving the fundamental values of the community. 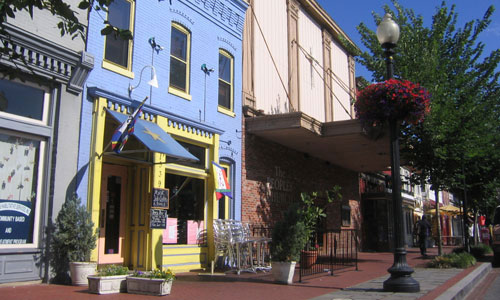 While densely populated and fully developed, Eastern Market retains much of the open space visualized by L'Enfant. The neighborhood's commercial district stretches for several blocks along Pennsylvania Avenue. Populated by a mix of locally owned businesses and some franchises, the broad avenue is busy nearly round the clock. Pedestrians — many arriving by Metro rail — window shop, run errands, or grab a bite to eat.

One of the more important structures of the neighborhood is Eastern Market itself, which was been in continuous operation since 1873. The market serves a diverse and broad cross-section of people, promotes community involvement, and operates as a hub for social activity. It easily accommodates the transportation needs of pedestrians, bicyclists, drivers, and transit users, and it meets the needs of its community for a local market. Residents view the market as a town square of sorts, queuing up early on Saturday mornings for blueberry pancakes at Market Lunch then strolling through the South Hall to purchase prime cuts of meat, seafood, poultry, and cheese. Outside, local farmers set up stands offering locally grown fruit, vegetables, cut flowers, and homemade breads and jams. It is the heart, and maybe the soul, of the neighborhood. 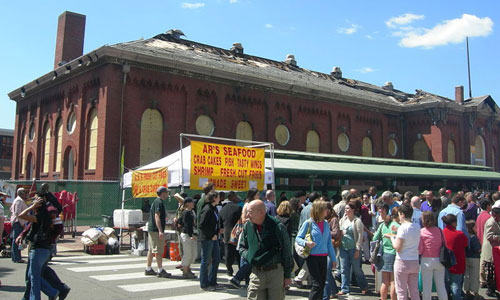 Several attempts by the District of Columbia government to close the Eastern Market, most recently in the mid–1950s, spurred residents into action to sustain it. By the 1970s, residents had acquired a reputation for civic activism. Among their successes was the defeat of  a proposal to transform East Capitol Street into a boulevard of federal office buildings and plans to erect the city's tallest high rise on Pennsylvania Avenue. In the early 1990s, a group of residents derailed a proposal to renovate the market for fear that modifications might compromise the building's historic character. Renovation plans progressed after the establishment of a citizens advisory committee in 1999.

Although an April 2007 fire caused businesses in the market to be temporarily relocated during rebuilding, citizens have demonstrated their commitment and tenacity to sustaining their special neighborhood by pressing city officials and others to create a vision and plan for permanent restoration of the 134-year-old structure during the next two years. Although the market operates in temporary quarters, the spirit and commitment of the neighborhood's residents remains indomitable.

Another significant example of the neighborhood's investment in communities of value is the Barracks Row Main Street program, an economic revitalization effort that seeks to restore small businesses and make the neighborhood more self-supporting. Barracks Row, which runs from Pennsylvania Avenue south to the Navy Yard, has emerged as a prime shopping and dining destination. 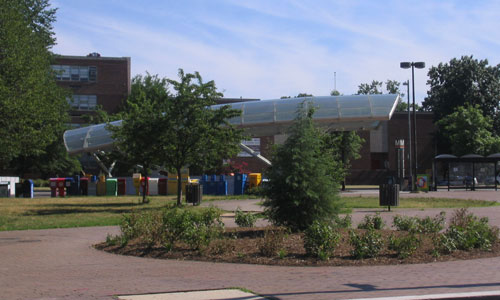