The Park Slope neighborhood of today retains much of the architecture that defined it 100 years ago. The neighborhood is roughly bounded on the east by Frederick Law Olmsted and Calvert Vaux's Prospect Park, on the north by Flatbush Avenue, on the west by Fifth Avenue, and on the south by 15th Street. At the northeast corner is Grand Army Plaza, another Olmsted and Vaux design. Dramatically sited at the confluence of Flatbush Avenue and Eastern Parkway is the main branch of the Brooklyn Public Library, while around the corner is the Brooklyn Museum, adjacent to the 52-acre Brooklyn Botanic Garden.

The American Planning Association has selected Park Slope as one of 10 Great Neighborhoods in America for its architectural and historical features and its diverse mix of residents and businesses, all of which are supported and preserved by its active and involved citizenry. 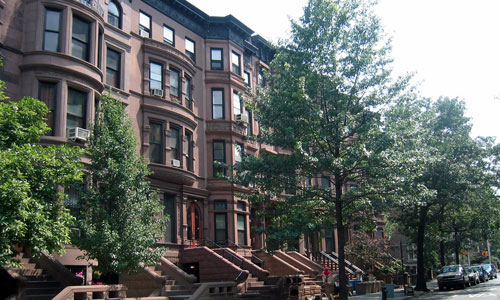 "No neighborhood in America has a finer and more intact collection of late 19th-century row houses than Park Slope," notes architectural historian and Columbia University professor Andrew Dolkart. "Block after block is virtually unaltered, with houses ranging from grand townhouses designed by Brooklyn's leading architects, to long rows of vernacular speculator-built housing designed by the obscure architects who provided character to so many urban neighborhoods."

Park Slope has a little bit of everything: stately brownstones, attractive apartment buildings, a farmer's market, independently owned businesses, transit, an adjoining park, and active residents, some of whom moved to the area as urban homesteaders when it was being abandoned in the 1960s. The efforts of the local Fifth Avenue Committee have helped maintain affordable housing for long-time residents and preserve the neighborhood's economic and social diversity.

Despite the neighborhood's outstanding amenities and singular quality of architecture, Park Slope suffered along with many urban neighborhoods from disinvestment and decline during the decades following World War II. Many grand four- and five-story single-family homes of the Victorian era fell into disrepair or were chopped into rooming houses and small apartments. 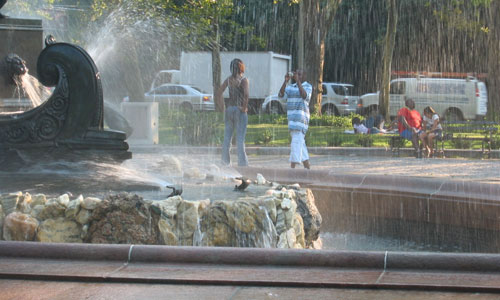 The start of a several-decades-long turnaround began in the 1960s when visionary residents, among them Evelyn and Everett Ortner, moved into the neighborhood. The Ortners, who purchased an 1886 brownstone on Berkeley Place in 1963, became famous as two of the neighborhood's strongest advocates, encouraging friends to move there and campaigning against the kind of mortgage redlining they had experienced when moving into a "declining" area.

More recently, the department of city planning rezoned Park Slope in 2003 to cap building heights on the brownstone side streets while accommodating taller apartment houses in the Fourth Avenue transit corridor.

Historic in design and modern in amenity, the livability of Brooklyn's Park Slope is no hyperbole. Its architectural, recreational, transportation, and community assets all combine to make it a great community of lasting value. 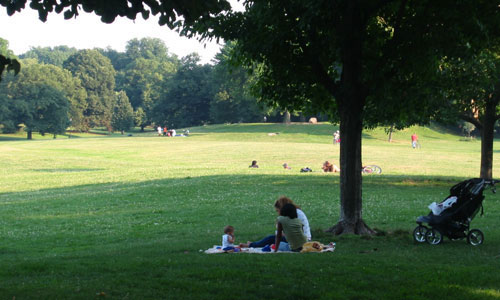