Given the neighborhood's success in retaining its historic character while incorporating modern-day changes to make the area economically vibrant, compact, and sustainable, downtown Salem has been named one of 10 APA Great Neighborhoods in America for 2008. 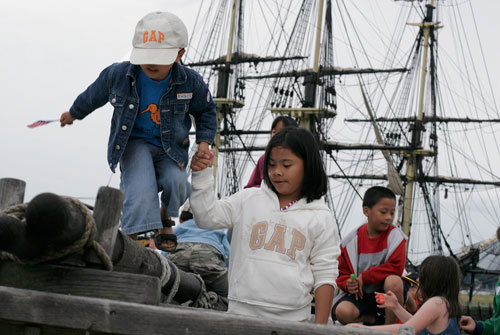 Founded in 1626 at the mouth of the Naumkeag River, Salem is more than the witch trials for which it is known. The city gained prominence as a flourishing port, especially in the China trade. Wealth generated during these early boom years helped finance construction of a tremendous collection of residential and commercial buildings spanning centuries of architectural fashion. Many of these structures survive, contributing to the neighborhood's palpable sense of history.

Roughly a half-mile square, the downtown neighborhood orbits around the Salem Common; the cobbled Essex Street pedestrian mall; and a cross-hatch of commercial streets lined with two-to-six story buildings, generous sidewalks, and trees. Juxtaposed against these period buildings, some dating to the 17th century, is architect Moshe Safdie's abstracted, contemporary addition to the Peabody Essex Museum — the nation's oldest continuously operating museum and a cultural and architectural force downtown.

While heritage tourism is a central component of downtown Salem's economy, a coordinated and targeted planning process has been instrumental to creating the neighborhood's contemporary value. Beginning in the 1970s when an urban renewal project threatened demolition of historic downtown architecture, local leaders shifted redevelopment policies to address preservation concerns.  By 1996, the city had updated its master plan, refocusing its mission on improving the business climate, capitalizing on maritime and cultural heritage, and redeveloping vacant sites and the neglected waterfront. 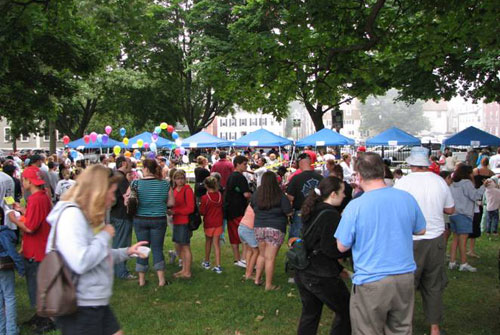 The city went on to develop three separate plans, completed by 2007, that address specific neighborhood goals.  Helping to make the downtown business district a premier retail destination is the Salem Retail Market Study and Action Plan. Completion of the Open Space and Recreation Plan helped Salem to receive a $674,000 state parks grant to transform a vacant parcel of waterfront land on Peabody Street into a neighborhood park. The city also received nearly $3.4 million to realize the vision of the Harbor Plan, including the construction of a wharf and harbor walk.

These plans, coupled with zoning measures that encourage greater density, and transit-oriented and mixed-use development, have had a major impact on the viability and physical appearance of the district. The Derby Lofts, a four-story addition to an existing early 20th century commercial building near the waterfront, has been the leading edge of the neighborhood's residential redevelopment wave, which is attracting a mix of both young adults and empty-nesters.

Both commuter rail and ferry service to nearby Boston — less than 30 minutes away — allow residents, commuters, and visitors to reach downtown Salem without having to rely on cars.  Other steps being taken to improve sustainability include placing five solar-powered trash compactors downtown and replacing inefficient traffic signals with LED lamps.

Salem's downtown community is every bit as active as the city. The 2008 Witches Cup, a short, fast bicycle race around the Salem Commons, has revived a local cycling tradition and made innovative use of a beloved public space.

Other signs that downtown Salem no longer is just a draw for tourists, says former city planning director Bill Luster, who has lived downtown for several years, are the neighbors he sees when walking his dog, going to the drugstore, or doing other everyday errands. "There's definitely a neighborhood feel to downtown now," he said. 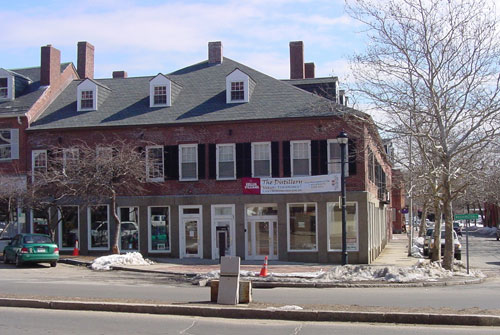