When the Gathering Place — a "drop-in" shelter for more than 300 poverty-stricken women — recently planned to temporarily relocate in a nearby church, residents of Denver's Park Hill neighborhood did not hesitate to say welcome. "We have not heard any 'Not in my backyard stuff,'" said Gathering Place spokesperson Terrell Curtis.

It is a small but nonetheless telling example of Park Hill's tolerance and openness towards others, a cornerstone of the neighborhood's identity. This characteristic, coupled with its progressive integration, diversity, and memorable character, make Greater Park Hill one of APA's 10 Great Neighborhoods in America for 2008. 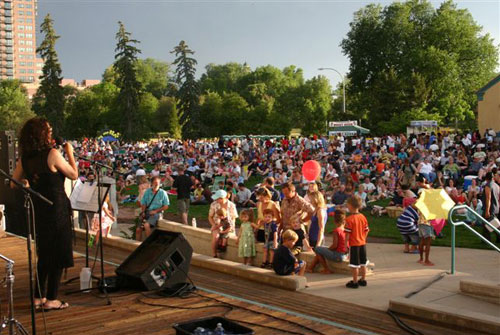 Located just east of City Park and stretching from Colfax Avenue — the longest continuous street in the U.S. — to the northern city limits, Park Hill traces its roots to 1887 when the original area was platted by exiled German baron Allois Guillame Eugene Von Winckler. Almost exclusively residential, a wide variety of housing styles characterize the area, changing in style from bungalows and Four Squares to post-World War II Cape Cods as the neighborhood expanded northward.

The largest share of Denver's tree-lined parkways is located in Park Hill. Developed at the height of the City Beautiful movement, these "shaded drives," used frequently by runners and walkers, are at least 10 degrees cooler during the city's hot and dry summers. Nearby amenities include City Park, Denver's largest; the Denver Museum of Nature and Science; and the Denver Zoo.

Park Hill is also connected to the rest of Denver by numerous bus transit lines and bike routes. In the future, neighborhood residents will have access to downtown and the Denver International Airport by the FasTracks East Corridor commuter train. The route is part of 18 miles of bus rapid transit and 119 miles of rail being added to the region's transit network.

An ethnically diverse and integrated neighborhood that prompted a visit from the Rev. Martin Luther King Jr. in 1964, Park Hill is considered the "longest existing, stable, multi-racial community" in Denver. Nationally known for its progressive integration policies, Park Hill successfully integrated itself more than 40 years ago. The neighborhood also was instrumental in helping pass the Colorado Fair Housing Law in 1965 — three years before a similar federal law was enacted. 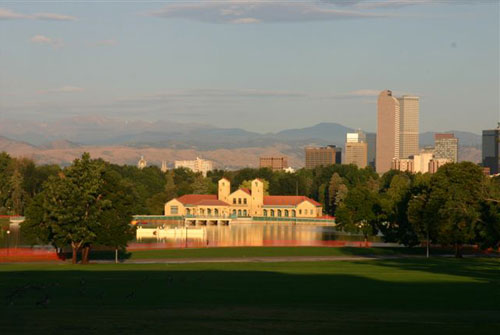 The mountains and downtown Denver form a wonderful backdrop to City Park on a sunny morning. Photo Courtesy of Arthur Rosenblum.

In 1956, an increasing number of African American residents in Park Hill led ministers from area churches to urge their parishioners to welcome their new neighbors regardless of color or ethnicity. This led to the formation of the Park Hill Action Committee — now named the Greater Park Hill Community, Inc. — and national recognition for Park Hill's effectiveness in encouraging ethnic and economic diversity. To promote greater acceptance of the new black residents, the organization held block parties on all-white blocks so that existing residents could find out they had more similarities than differences.

"The more people knew — information and not rumors — they realized it was good schools and churches and parks that make good neighborhoods," said Bob Matchett, a historian and member of the Montview Presbyterian church. 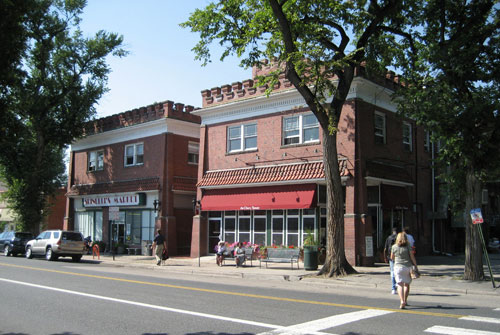