Once part of Mission San Gabriel — and later El Rincon de San Pasqual Rancho before annexation by the City of Pasadena — the neighborhood has been known as Bungalow Heaven since the 1970s. Coined by a city planner, the name reflects the abundance of one- and two-story Craftsman homes in the compact, six-block-by-six-block neighborhood. The first house dates to 1888, but most of the bungalows were built between 1905 and 1920. Mature street trees and front porches provide abundant shade and opportunities for people watching.

Bungalow Heaven is bounded by East Washington Avenue on the north, East Orange Boulevard on the south, North Mentor Avenue on the west, and North Holliston Avenue to the east.

Heading north through Bungalow Heaven, the streets follow the gentle slope of the foothills and offer exquisite views of the San Gabriel Mountains.

The community's engaged citizenry not only has been instrumental in preserving this historic district, but in forging a path to a greener future. 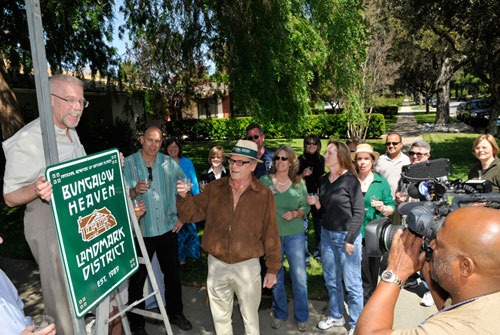 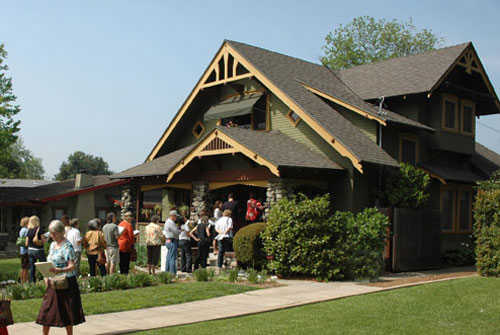 With more than half the homes in Bungalow Heaven contributing to the neighborhood's national historic district designation, home tours are a popular way for residents to get to know their neighbors and learn about the area's architectural significance. Photo courtesy Jim Staub. 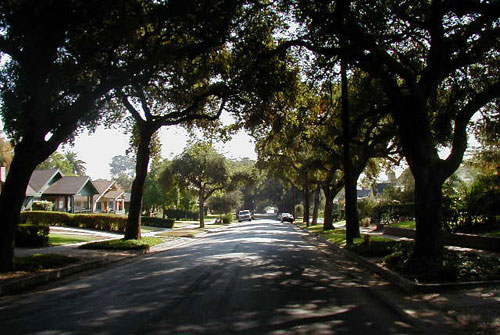