Once a rough and rowdy frontier town, Downtown Fargo is a cosmopolitan neighborhood that embodies a live-work-play philosophy. Over the past decade, innovative programs and partnerships have turned blighted buildings into apartments, condominiums, and a boutique hotel, providing the clientele for trendy restaurants, distinctive shops, and chic galleries. Pedestrians, cars, buses, and bicycles form a unique, multimodal tapestry, and the expansion of North Dakota State University has injected a younger demographic into downtown.

Roughly 100 blocks, downtown Fargo's eastern border is the Red River of the North with University Drive the western border, 7th and 9th Avenues North the northern border, and 3rd and 6th Avenues South the southern border.

More than $100 million in public and private investment since 1999 has focused on downtown's 39-block renaissance zone.

Downtown Fargo includes open spaces and recreational areas. The 45-acre Island Park is a gathering place and home to the neighborhood's swimming pool. When it snows, kids flock to the Dike East recreation area on the banks of the Red River of the North, where an earthen levee serves as a popular sledding hill. The free Fargo Skate Park challenges even the most advanced skateboarder. 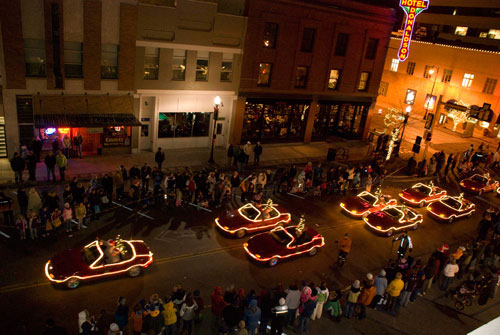 The neighborhood hosts a variety of events throughout the year including the Holiday Lights Parade sponsored by the Downtown Community Partnership. Photo courtesy Daren Dobson. 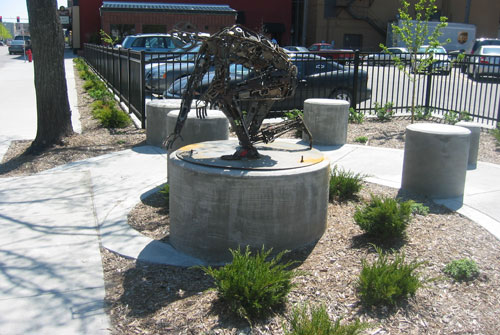 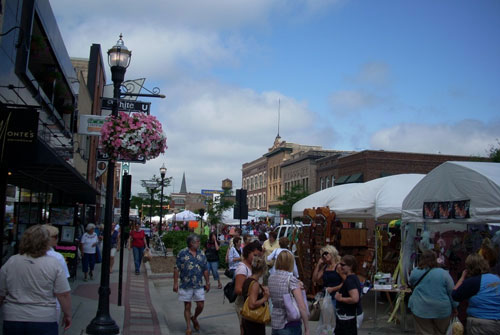