Buffalo's first bedroom community and streetcar suburb, Kenmore is a quaint village with its own mayor, trustees, and police and fire departments. Here you'll find tree-lined streets and exceptional views of the Queen City's skyline. Sidewalks line both sides of every street making this compact neighborhood — one of the 100 most dense incorporated places in the U.S. (2000 Census) — a pedestrian's delight. Nearly every residence is within a quarter-mile walk of a bus stop and low traffic volumes bring bicyclists to neighborhood streets.

Bounded to the south by the City of Buffalo and on three other sides by the Town of Tonawanda, of which it is a part, the Village of Kenmore consists of more than 100 city blocks within approximately 1.44 square miles.

Kenmore is a place where a warm summer night beckons neighbors to their front porches and a deep winter snow brings them to the street, shovels at the ready, to lend a helping hand. 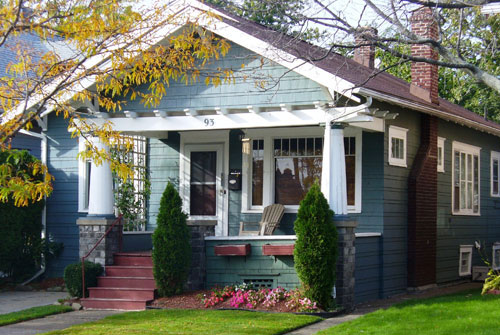 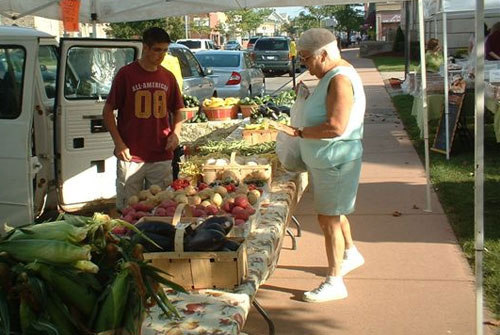 Every Saturday morning during the summer, the Kenmore Farmer's Market is held at the Village Green in front of the Municipal Building. This market offers residents the opportunity to support their local farmers and to socialize and mingle. Photo courtesy Melissa Foster. 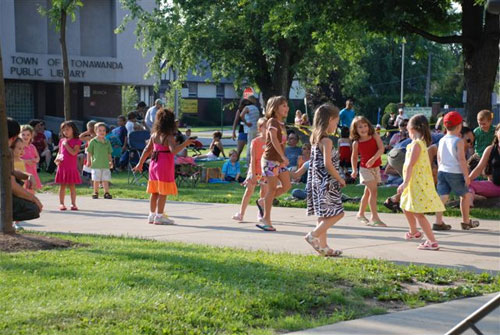 Among the events taking place in Kenmore is the Children's Concert Series, a free summer evening event in July and August organized by the Kenmore Village Improvement Society. Photo courtesy Melissa Foster.