Oregon's oldest planned community, the 128-acre Ladd's Addition is distinguished by its radial street pattern, village green, and gardens. Developed as a Victorian-era residence park, the community is Portland's most heavily forested inner-city neighborhood. Ladd's Addition's commercial corridors are within a short walk of most of the 870 residences. A designated local and national historic district, the housing stock includes stunning examples of Old Portland architecture, such as Craftsman, Mission, Tudor, and bungalows.

Ladd's Addition extends 10 blocks by 8 blocks on the eastern edge of Central Portland and is bounded by Hawthorne Boulevard to the north, Division Street to the south, Southeast 20th Street to the east, and 12th Street to the west.

Multimodal in nature, pedestrians and bicyclists are welcome here; commercial streets are part of several bus lines. Residents are active and engaged in protecting their neighborhood and ensuring its sustainability. 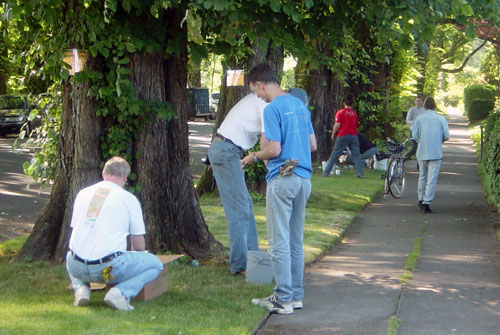 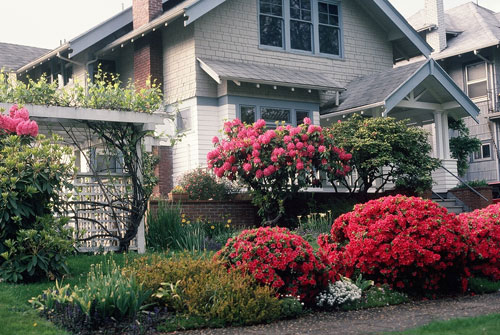 This Craftsman bungalow is indicative of the early 20th century architecture found in Ladd's Addition. Residents of the 870 homes are often found socializing on their front porches or working in their gardens. Developed Photo courtesy Richard N. Ross. 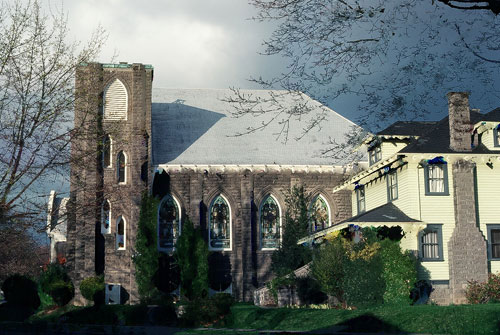 Known as a regional and national model for new urbanism, Ladd's Addition is made a true '20-minute neighborhood' by its churches and neighborhood businesses, including a coffee shop and video store that line Ladd's Circle, and the neighborhood arterial streets. Photo courtesy Richard N. Ross.