Rising nearly 100 feet above the adjacent downtown, the Cathedral Historic District neighborhood offers panoramic views of downtown Sioux Falls and the Big Sioux River valley. A page out of time, setting the Cathedral District apart is its late-1800s historic integrity. Home to some of Sioux Falls's largest and most ornate houses, the Cathedral neighborhood was where the city's most prominent and powerful citizens displayed their prosperity, confidence, and sophistication by building palatial Victorian- and post-Victorian-era houses.

Bounded by West  4th and West 6th Streets to the north,  West 10th Street to the south,  North Spring Avenue to the east and North Summit and North Prairie Avenues to the west. 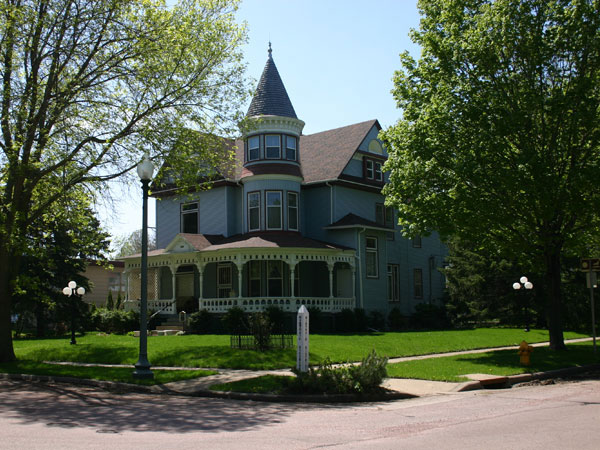 The Cathedral Historic District is home to some of Sioux Falls's largest and most ornate houses, including a large collection of palatial Victorian-era homes. Photo courtesy of Kathy Rustwick.

The neighborhood was where the city undertook one of its largest construction projects — the building of St. Joseph Cathedral. Costing $400,000 by the time of its completion in 1919, the iconic spires of the neighborhood's namesake can be seen from virtually anywhere in the city.

At the forefront of new trends, the neighborhood was served by one of the city's first streetcars. It was home to two early primary schools and became home to the city's first and finest guest quarters, the Cataract Hotel, when it was relocated from downtown. It also was the first area of Sioux Falls to incorporate locally mined quartzite into the streetscape, and it added trees, virtually nonexistent in the South Dakota prairie at the time, into the landscape.

Today, with the help of local planning efforts and state incentives, the neighborhood is rediscovering its historical roots. Large Victorian homes were converted into multi-unit rentals in the mid-20th century because of increased maintenance costs and the need for military housing for a nearby radio school and air bases. Now these homes are being restored to their original grandeur, bringing back what is generally considered to be the state's finest residential district. 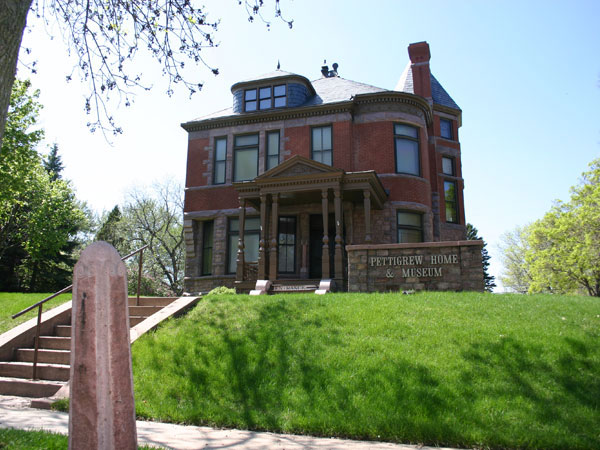 The Cathedral District's history as a premier neighborhood for the city's most prominent and powerful citizens comes alive in the Pettigrew House and Museum. The Queen Anne building is filled with antiques from the early 1900s and showcases life in a bygone era. Photo courtesy of Kathy Rustwick.

Link to the Past 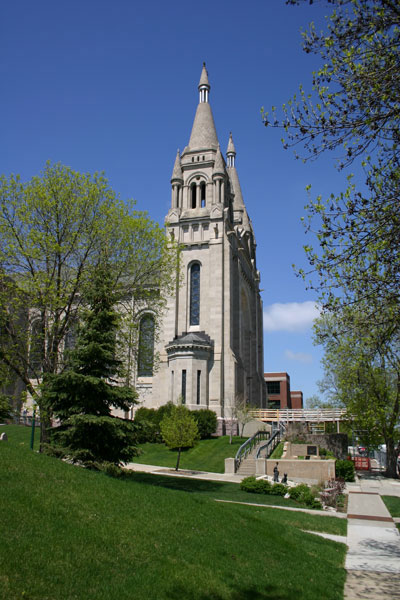 Constructed in 1919, St. Joseph Cathedral is the neighborhood namesake. Its iconic twin-spires can be seen from virtually anywhere in Sioux Falls. Photo courtesy of Kathy Rustwick.