College Hill brings the past into the present. Its history reaches back to 1636 as the site of Rhode Island's first permanent Colonial settlement. Cobblestoned Benefit Street, known as the Mile of History, is lined with 18th, 19th, and 20th century municipal structures, churches, and gracious homes. Two educational institutions — Brown University and the Rhode Island School of Design (RISD) — have contributed to the neighborhood's vitality and character together with residents and organizations, including the Providence Preservation Society (PPS).

Bounded by Olney Street and Alumni Avenue to the north, Arlington Avenue and Governor Street to the east, John Street to the south, and North and South Main Streets to the west. 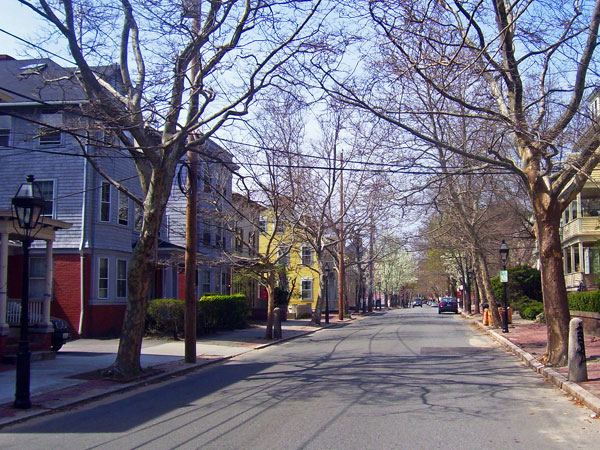 During the 1950s, many Benefit Street homes — dilapidated and subdivided into tenements — became targets for demolition. In response, the Providence Preservation Society convinced the city and federal governments to fund a demonstration project envisioning an urban renewal process with revitalization at its core. The group's 1959 report became a national landmark and model for preservation as a means of community renewal. Within a year, the city established a local historic district on College Hill.

Walking along Thayer Street near Brown University today one will find an engaging mix of shops, eateries, and a cinema. Adaptive reuse has given new life to historic houses as museums. Brown Street Park, recently renovated, is a showcase for sustainability. The Roger Williams National Memorial pays tribute to a champion of religious freedom. The nearby Riverwalk links the neighborhood's west side with Waterplace Park in downtown, which is easily accessible by bus, trolley, car, bike, or foot. 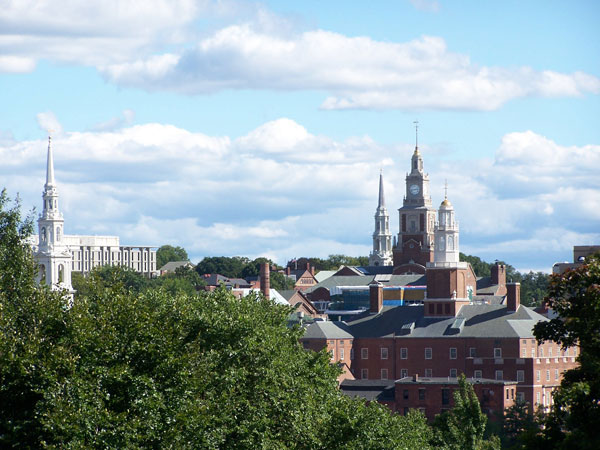 As seen from the Rhode Island State House to the west, College Hill's steeples rise above parks, homes, and campus buildings. To the left stands the First Baptist Meeting House (1775) at 75 N. Main St., and to the right is the First Unitarian Church (1816) at 301 Benefit St. Photo Jason Martin, City of Providence Department of Planning and Development. 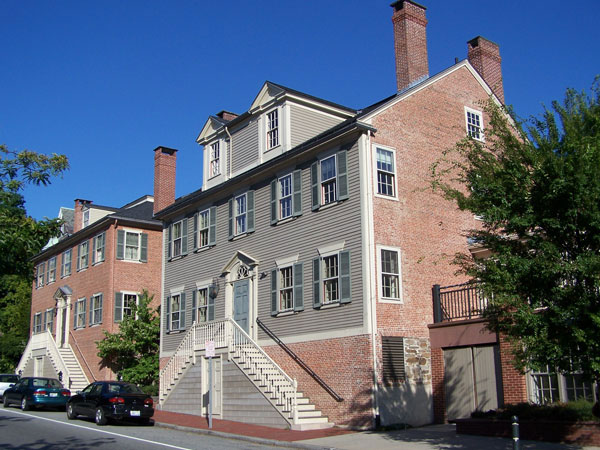 Located along Angell Street, the Samuel Eddy House (1797-8) and William Holroyd House (1798) are characteristic of the neighborhood. Photo Jason Martin, City of Providence Department of Planning and Development.