Nestled in the rolling foothills amidst outcroppings of volcanic rock, Northbrae stands out for its spectacular vistas of San Francisco Bay, environmentally sensitive design, connections to a unique network of 136 paths and steps crisscrossing Berkeley, and two nearby commercial areas for shopping and entertainment. Built on land used for grazing cattle, Northbrae was developed by Duncan McDuffie, who envisioned a park-like neighborhood of single-family houses nestled on lots facing tree-lined streets.

The neighborhood is bounded by Solano Avenue to the north, Eunice and Hopkins Streets to the south, Spruce Street to the east, and the Albany city limits to the west. 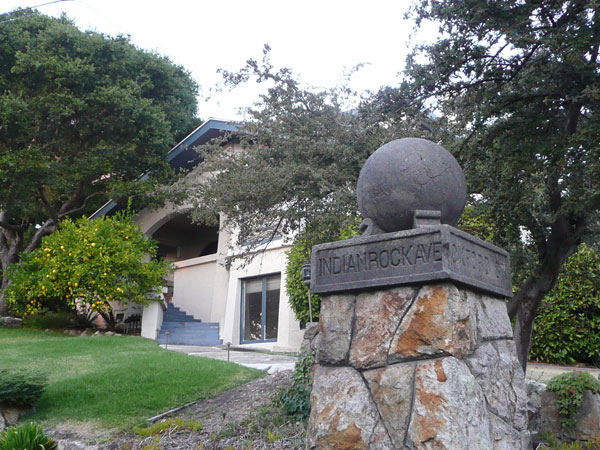 With some 15,000 San Franciscans descending on Berkeley following the 1906 earthquake and commuter rail beginning to advance into the countryside, McDuffie and his partner Joseph Mason formed the Mason-McDuffie Co. and purchased 700 acres for a subdivision.

Initial plans were influenced by designers trained in the garden suburbs and Beaux-Arts tradition and a local Chamber of Commerce proposal to move the state capitol to Berkeley. Stone pillars, identifying streets named for California counties, and a majestic public circle with classical balustrade and fountain, which was restored in 1996, remain as testaments to that effort.

The circle's Fountain Walk connected to a train station at the end of a tunnel where shops are clustered. Links to rail and other amenities were provided by a network of  paths and stairs carved into the hills throughout the neighborhood.

Magnificent rocks and boulders, central to the landscape, were part of the initial allure. Houses — primarily bungalows — were built atop and adjacent to these rocks, known as Northbrae rhyolite. Composed primarily of quartz, the rhyolite is evident in Indian Rock Park, a gift to the city from Mason-McDuffie.

Situated in a triangular park, the landmark North Branch Berkeley Library is a community gateway. This Spanish Revival building, now under renovation, has a low-pitched red tile roof, central tower, and deeply inset arched windows. Adjacent to the library is a traffic triangle that was designed and landscaped by the neighborhood.

On the neighborhood's southern edge is a bustling shopping area, the Martin Luther King Middle School and the King School Park complete with tennis courts, an outdoor swimming pool, and school garden. Along the northern edge of Northbrae is an active business district that joins Berkeley and Albany. 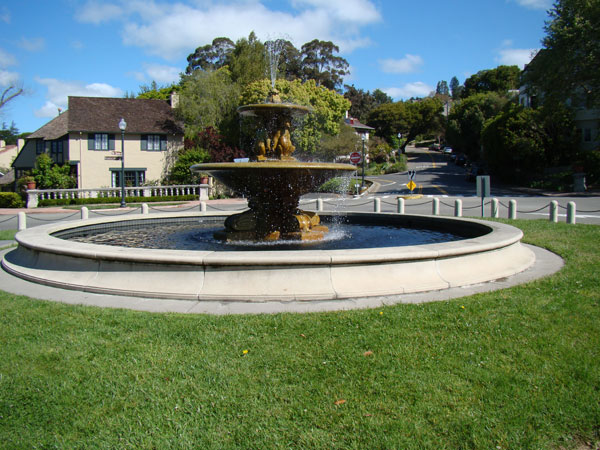 Fountain Circle, a majestic public circle with classical balustrade and fountain, was built in 1911 and restored in 1996. The circle's Fountain Walk once connected to a rail station and is now part of a unique network of paths and steps that crisscross Berkeley. Photo Jill A. Martinucci. 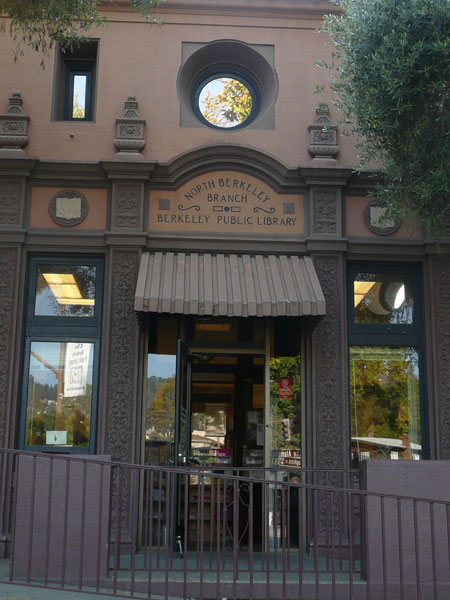 The Spanish Revival style North Branch Berkeley Public Library, now under renovation, was built in 1936 and designed by James W. Plachek. A mini park adjacent to the library features a pedestrian path, and the library serves as a community gateway. Photo Jill A. Martinucci.