Pullman's timeless features have contributed to the renaissance of this handsome former company town. An experiment in industrial order and community planning, the neighborhood features a design that was intelligent in 1880 and "smart" today. The mix of land uses, diversity of dwellings, and proximity to schools, shops, parks, and public transportation attract those who appreciate a historic, urban community with a small-town feel — a place voted the world's most perfect town more than a century ago.

Boundaries extend from E. 115th Street to the south, E. 107th Street to the north, South Cottage Grove Avenue to the west, and parts of South Ellis Street and East 114th Street bordering the railroad tracks to the east. 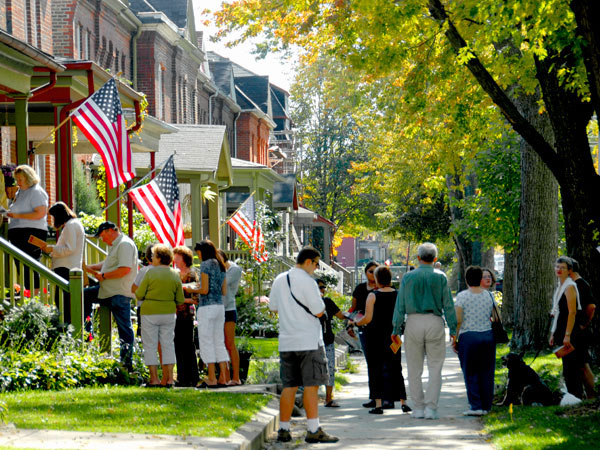 The idea of a company town wasn't new 131 years ago, but George Pullman's execution of the concept was arguably the most successful. Owner of the luxury railroad passenger-car manufacturing company bearing his name, Pullman believed the built environment could contribute to a worker's productivity. He purchased 4,000 acres on the shore of Lake Calumet, 12 miles south of Chicago, and created an $8 million community with features — indoor plumbing, gas lighting, and cross ventilation — not commonly found in working-class neighborhoods.

The town was designed to resemble a suburban park, a radical notion for a blue-collar development. A winding carriage path and circular flower beds softened the town's formal street grid. Brick was used extensively for houses, which reflected Queen Anne designs. Contrasts of color and texture, as well as variations in ornamentation of facades, rooflines, chimneys, and finishing materials, were used to create architectural interest and reflect the owner's status.

The neighborhood flourished — 12,000 people lived there in 1893 — until an 1898 court order resulting from a worker strike forced the Pullman Palace Car Co. to sell its residential assets. Home upkeep and landscaping fell to individual owners. In 1889 Pullman was annexed by the City of Chicago.

Demolition was proposed in 1960 and spurred residents to action. The area was declared a state historic district in 1969 and added to the National Register two years later. Despite setbacks, including a 1998 fire that destroyed the iconic clock tower, the state, city, and neighbors have restored much of the district and continue to make improvements, including reconstruction of the clock tower. 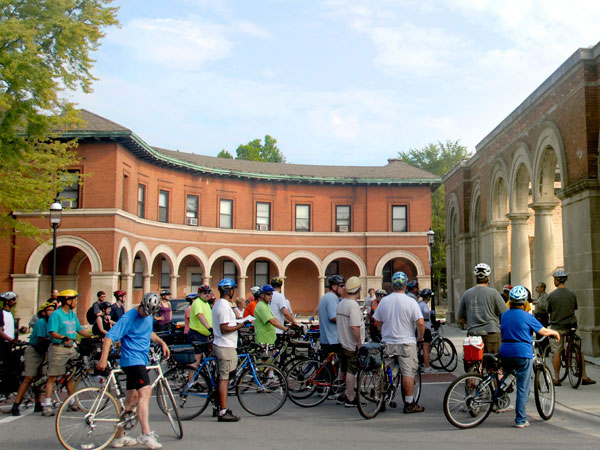 Cyclists at the Labor Day Bike Ride listen to a presentation at Market Square Buildings, colonnade apartments built around a central Market Hall (1893) that benefited from a 2008 City of Chicago streetscape program to reconstruct the sidewalks, streets, utilities, and lighting. Photo Tony Dzik. 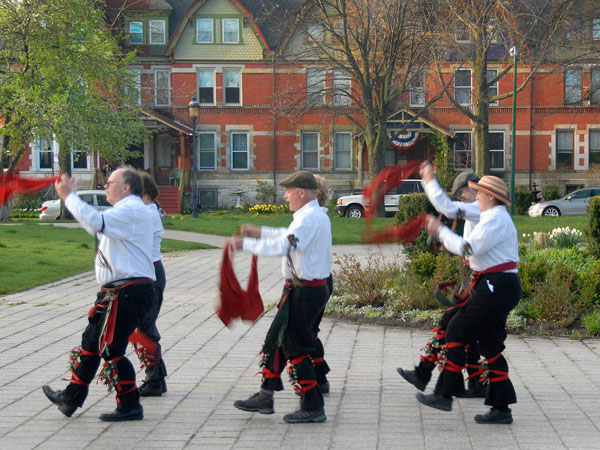