Eclectic, free-wheeling, and bohemian is how some residents describe their Midtown community, which got its start in 1890 as a working-class neighborhood and today finds itself one of Memphis's most popular areas that is both keeping long-time residents and attracting new ones wanting a close-in urban address. Built out by the 1930s, Cooper-Young remained stable until the end of World War II when an exodus began to the eastern suburbs, leaving blocks of historic buildings bought on the cheap by out-of-town investors who rented the properties but made few repairs, furthering the neighborhood's decline.

The designated area is bound by Central Avenue to the north; East Parkway South to the east; Southern Avenue to the south; and McLean Blvd. to the west. 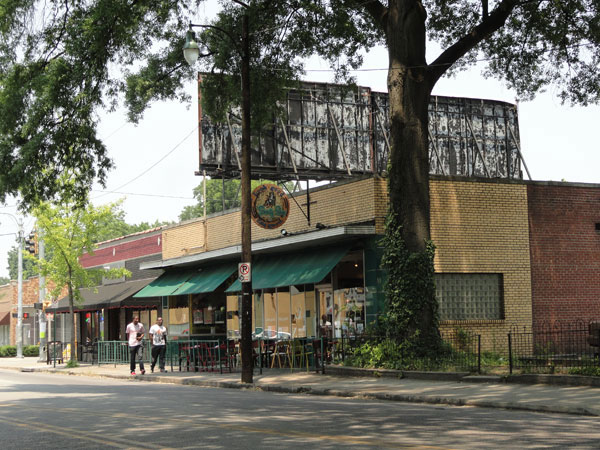 As businesses started fleeing downtown for the malls, Cooper-Young's commercial corridor had high vacancy rates, but the neighborhood's historic architecture, affordable housing, and close proximity to downtown started attracting tenants and residents, turning it into one of the most popular areas in Memphis. Photo courtesy Josh Whitehead.

The picture did not begin to change until 1975 when residents who had stayed founded the Cooper-Young Community Association, which began to renovate the historic homes and attracted new residents including artists and musicians. The association also advocated for ordinances to prevent absentee owners of houses in the neighborhood from continuing to rent their properties, which had become a major source of blight.

Largely funded by local businesses and residents and decades in the making, Cooper-Young's resurgence has been impressive. One of the most eye-catching changes is the gateway Cooper-Young trestle, a 150-feet-long steel sculpture on an abandoned railroad bridge that depicts a scene from the neighborhood. Other changes include the adoption in 2000 of design review guidelines that ensure new development does not compromise or detract from the neighborhood's historical character and integrity.

Besides having turned the corner in terms of the number of restored historic properties outweighing the number still in need of such repairs, the neighborhood's commercial area is now a thriving entertainment district that draws residents from across the city wanting to spend an evening out on the town. 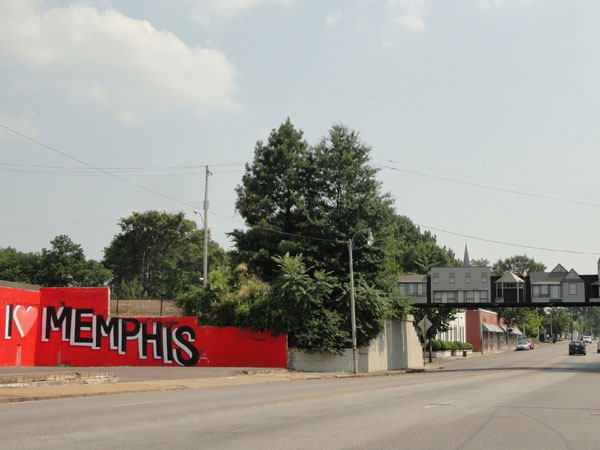 One of the most popular landmarks in Cooper-Young is the old railroad trestle, the site of a 150-foot-long steel sculpture that depicts a scene from the neighborhood. Photo courtesy Josh Whitehead. 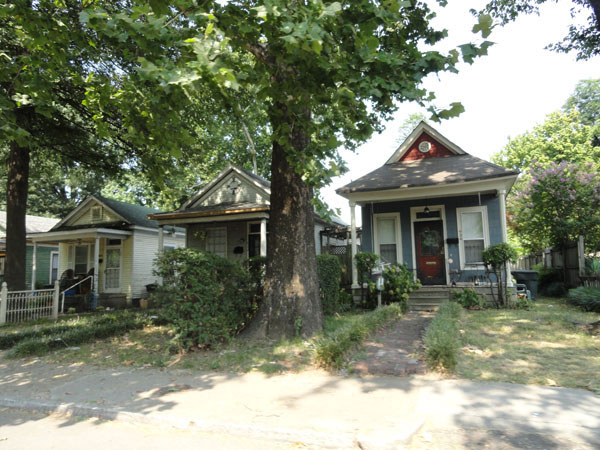 A row of shotgun homes. New development and rehabilitation efforts are subject to design guidelines, adopted in 2000, which ensure that the historical character of the neighborhood prevails. Photo courtesy Josh Whitehead.