With stunning views of the inner harbor, impressive late-18th and early-19th century architecture, and streets bustling with people and traffic all day long, Fells Point is one of Baltimore's premiere waterfront neighborhoods. During its first century Fells Point, initially developed by landowner William Fell in 1761, went from a forested agricultural area into a shipbuilding and commercial center where some of the U.S. Navy's first ships were built, including the USS Constellation. After the War of 1812 and the British bombardment of Fort McHenry, the neighborhood became the country's second most popular port of entry for immigrants and surpassed by only Ellis Island in significance. 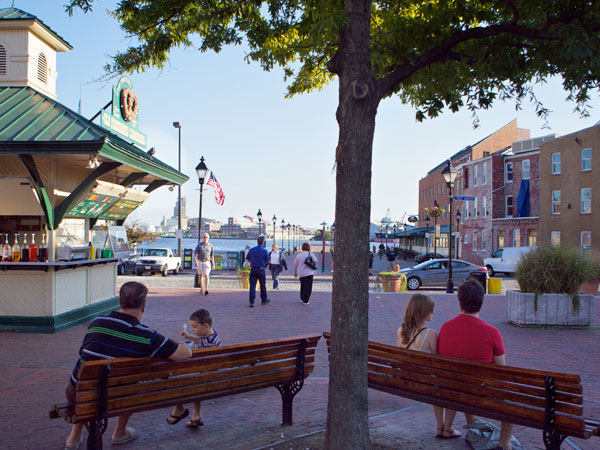 Stunning views of the Baltimore Inner Harbor present a relaxing backdrop as one strolls through this 18th century neighborhood. Photo courtesy Mark Dennis.

Fells Point faced a long, slow period of decline following the Civil War, when the area lost its shipbuilding trade to much larger ports. It continued until the 1960s when there was a proposal by the Interstate Division for Baltimore City (IDBC), which composed of both city and state employees, to locate Interstate 95 through the neighborhood. Residents responded by forming the Society for the Preservation of Fells Point in 1967. They successfully nominated the Fells Point Historic District to the National Register of Historic Places the same year.

By 1971, the Preservation Society had defeated the interstate proposal, leading it to begin work restoring the dilapidated neighborhood. To begin this process, Baltimore's Department of Housing and Community Development auctioned 97 structures the city had acquired in preparation for building I-95.

Revitalization was aided by the neighborhood's designation as an Urban Renewal Area, residents' commitment to design guidelines developed to protect Fells Point's historic character, and the city's 1988 implementation of the Maritime Master Plan. The result of these and related efforts is a Fells Point that features tree-lined Belgian block streets, waterfront promenades, a lively mix of restaurants and taverns, and one of the country's best-preserved historic districts. 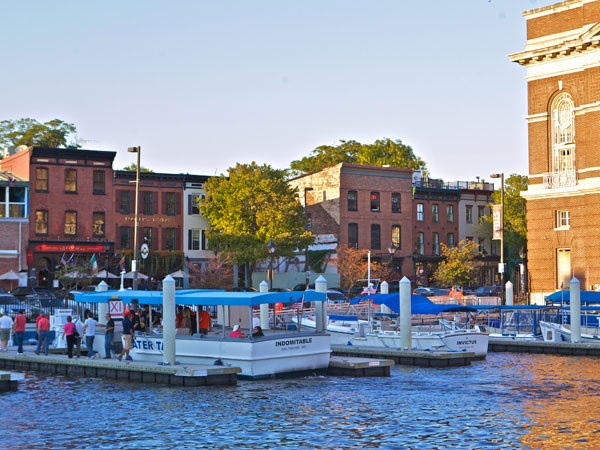 Maritime history is one of the main attractions of Fells Point's waterfront, which is adjacent to Baltimore's always busy Inner Harbor. Water taxis provide direct links across the water to other neighborhoods and nearby attractions. Photo courtesy Mark Dennis. 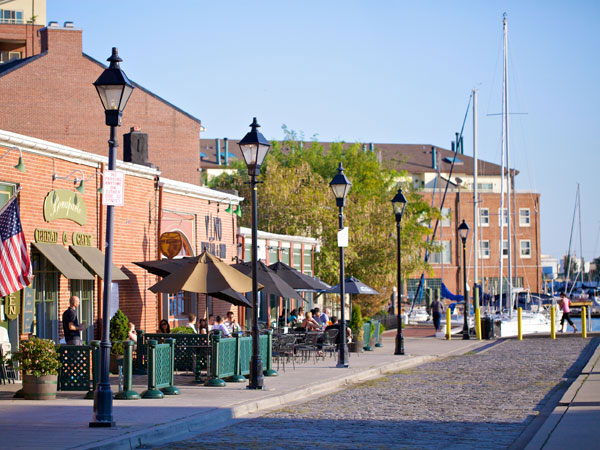 Fells Point is home to a Main Street program that has helped local businesses upgrade facades and work together to create public events. Many restaurants offer outdoor dining close to the water. Photo courtesy Mark Dennis.