Ask Garden District residents what distinguishes their neighborhood and they are likely to mention the select group of large Live Oaks that are individually inducted into the Live Oak Society, historic residential architecture so well maintained that movie and television producers use it for sets, families who have held on to their houses for up to six generations, the area's rich soil that once grew sugar cane and now supports private gardens, and cherished memories of growing up and living in the Garden District.

The Garden District is bounded by Government Street to the north; St. Rose Avenue and Eugene Street to the east; Magnolia and Broussard Streets to the south; and South 18th Street and Park to the west. 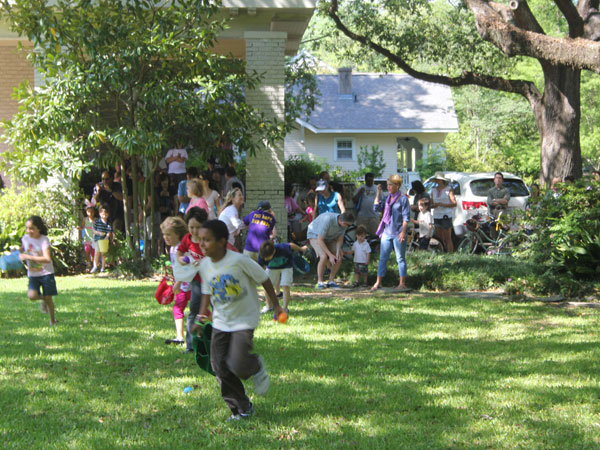 Each year the Garden District hosts several community events, and one of the most popular with the neighborhood's children is the district's Easter Egg Hunt. Photo courtesy Paul Miller.

Less than two miles from downtown and the state capitol, the neighborhood is composed of three historic districts — Roseland Terrace, Drehr Place, and Kleinert Place. Boulevard medians are lined with live oaks, magnolia trees, and azaleas.

Remarkably, 88 percent of the neighborhood's houses built before 1930 are still standing and include Bungalow, Craftsman, English Cottage, Queen Anne, Tudor Revival, Classical Revival, and Colonial Revival styles. The oldest house in the neighborhood, Reiley-Reeves, was built in 1910 and is still owned by the original family.

Attracting everyone from university students and faculty to young professionals, families and elderly, the Garden District's tradition of activism and community engagement dates to 1976 when the Garden District Civic Association was organized to appeal a proposed rezoning affecting the neighborhood. 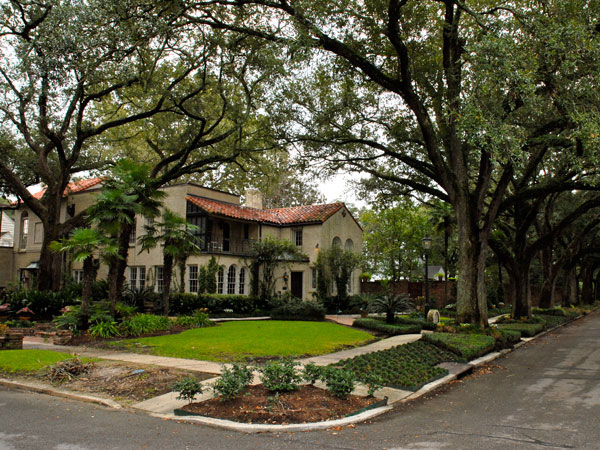 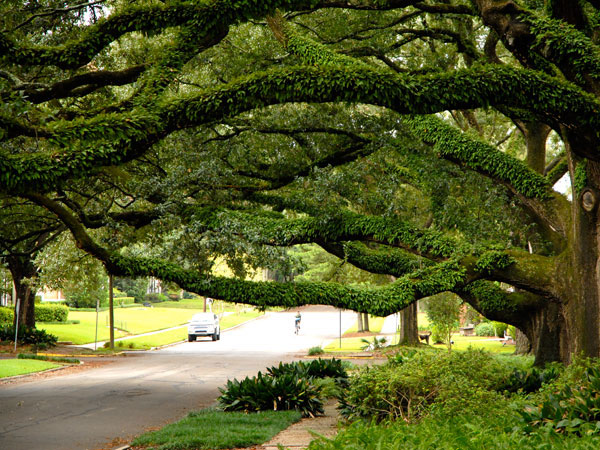 The neighborhood is noted for its many gardens and Live Oaks like these along Drehr Avenue. Photo courtesy Bill Rodman.