It was a grand vision put forth in a 1971 waterfront plan — and a $12-million dollar gamble by a local developer who had faith in the plan — that saved historic downtown Norwich. The neighborhood, some 350 years in the making, continues its progress with the guidance of synergistic planning efforts, community involvement, and tens of millions of dollars in public and private investments that have both preserved and enhanced the downtown's natural and man-made assets.

Bounded by the Yantic River to the west; Shetucket River to the east; Norwich Harbor to the south; and Oak Street, Willow Avenue, and School Street to the north. 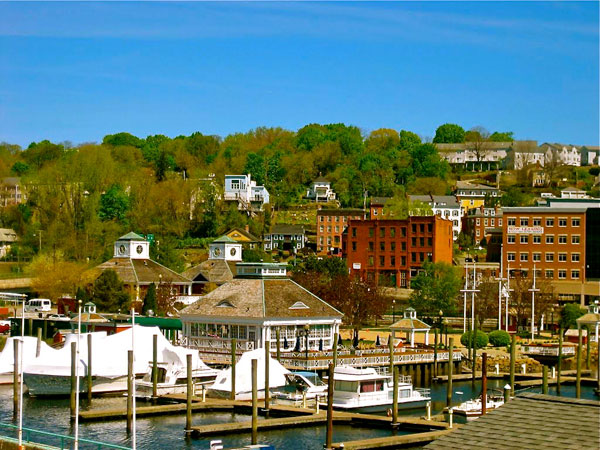 Shortly after Norwich's 1659 founding it became a bustling port, and water-dependent industries flourished. Downtown served as an early, New York–to–Boston transportation hub, but the city's geographic advantage evaporated when the interstate highway system passed it by. Intent on reestablishing itself as a regional transit center, downtown recently inaugurated a $22 million Intermodal Transportation Center that, ultimately, will connect bus, rail, and ferry.

The 1929 stock market crash signaled downtown Norwich's decline. Textile mills headed south. New construction slowed. By 1970, the neighborhood was a hub for the disenfranchised. Downtown turned to planning for guidance and possible solutions. The 1971 waterfront plan jump-started redevelopment, and 10 years later a historic resources inventory led to the 64-acre Downtown Norwich Historic District being added to the National Register of Historic Places.

A merchant-funded plan in 1982 resulted in the creation of a downtown development corporation that encouraged building facade improvements, renovations, and adaptive reuse.  Streetscape improvements, including brick sidewalks and period streetlamps, were made in 1992. A $3.38 million plan, approved by voters in 2010, is funding code corrections, lease rebates, and low-rate loans.

Redevelopment is focused on increasing the number of moderate- and high-income residents to spur economic activity. The neighborhood has roughly 500 housing units, ranging from stately mansions to affordable apartments, such as The Wauregan, a renovated 1855 hotel. Housing for artists is available in a former shoe factory located in the heart of the neighborhood's vibrant arts district. The district has two live theaters, the Slater Memorial Museum and the 1850 Otis Library. With support from the Mashantucket Pequot Tribal Nation, the $18.9 million mixed-use Mercantile Exchange with 100,000 square feet of office space was built in 2004.

A host of events throughout the year reflect the neighborhood's cultural and ethnic diversity, including the Taste of Italy and the River Fest-Dragon Boat Racing that celebrates the most concentrated Asian community in the region. 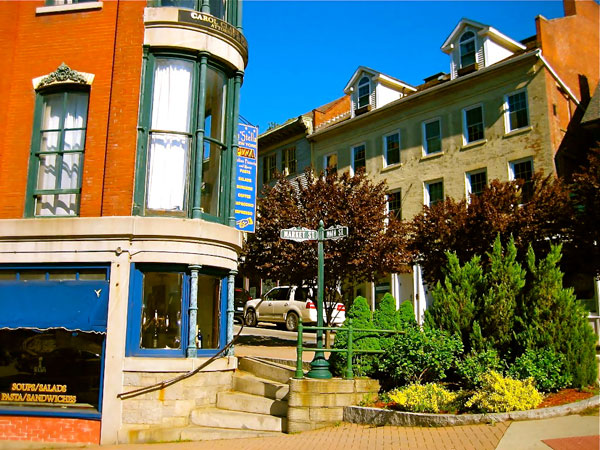 Constructed in 1860, the Romanesque Revival Rockwell Building is a flatiron-inspired structure located in the heart of downtown Norwich. Photo courtesy Keith Ripley. 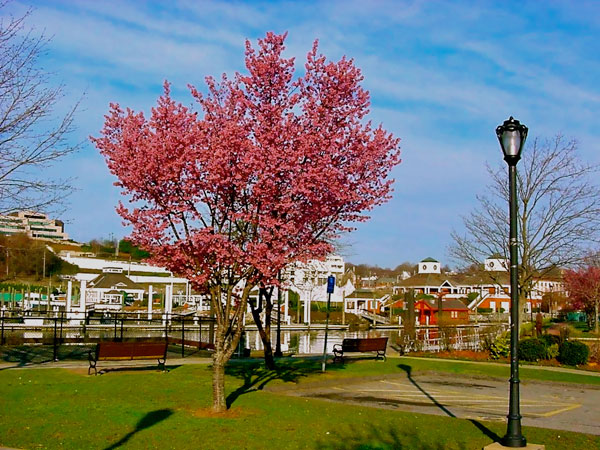 A 1971 city waterfront plan guided redevelopment of the Norwich waterfront as a haven for recreational use. Photo courtesy Keith Ripley.