Home to the only remaining Frank Lloyd Wright hotel and one of two remaining Wright-designed banks, the view from Federal Avenue and State Street is inspiring, reflecting the clean lines and character of Wright's vision and Mason City's late 19th- and early 20th-century Prairie School heritage. 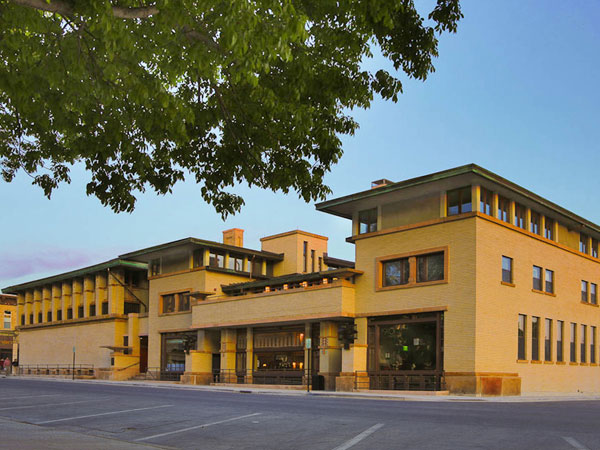 Despite its heralded architecture, downtown Mason City is no museum exhibit or time capsule. A vibrant live-work-play neighborhood thanks to determined citizens and foresighted planning efforts, activities are informal and unscripted. People gather in Central Park, home to an 1884 Civil War monument; dine at a homegrown restaurant or cafe; grab a drink at an iconic tavern; or shop at locally owned boutiques, Fareway Grocery at the northern end, and retail outlets at the southern end. Easily traversed on foot, downtown is ideal for bicycling and as a site for events, many sponsored by Main Street Mason City.

There's no denying that downtown's pièce de résistance is Wright's Prairie School Historic Park Inn Hotel, which reopened in 2011 after decades of neglect. Although a grassroots effort resulted in the structure's listing on the National Register in 1972, the hotel closed in the 1980s. By 1999, it graced the Iowa Historic Preservation Alliance's list of Most Endangered Properties. Residents, intent on rescuing the building, established the nonprofit Wright on the Park, Inc. in 2005 and bought the hotel from the city for $1. The subsequent $18 million restoration leveraged private donations and took advantage of historic tax credits to return the hotel to its original 1910 glory. Some 23,500 people toured or attended a meeting or stayed at the inn in 2012, funneling more than $5 million into the local economy.

The inn's restoration — along with a $3.6 million redesign of North Federal Avenue's streetscape and Federal Plaza that extends the Prairie School theme further into downtown — has catalyzed renewal efforts. Ten building facade improvements are expected to be complete by November 2013.

Urban renewal during the 1970s and '80s resulted in development of Federal Plaza, a public square that is a gateway to Southbridge Mall, which opened in 1985. While the mall's construction altered downtown's fabric — some architecturally significant commercial buildings were demolished — it retained retail anchors and the neighborhood's economic viability. Some 3.3 million shoppers visit the mall each year. Its design blends into the surrounding historic architecture and avoids compromising downtown's integrity.

Federal Avenue has always been downtown's main thoroughfare. It and Central Park were included in the 1857 Plat of Mason City. A recommendation in the city's 1940 comprehensive plan — to keep major civic functions within downtown — remains a guiding principle. Federal Avenue owes much of its charm to a 1965 downtown plan that moved U.S. Highway 65 to an outlying pair of one-way streets.

The neighborhood is part of the Mason City Downtown Historic District, which was added to the National Register of Historic Places in 2005. 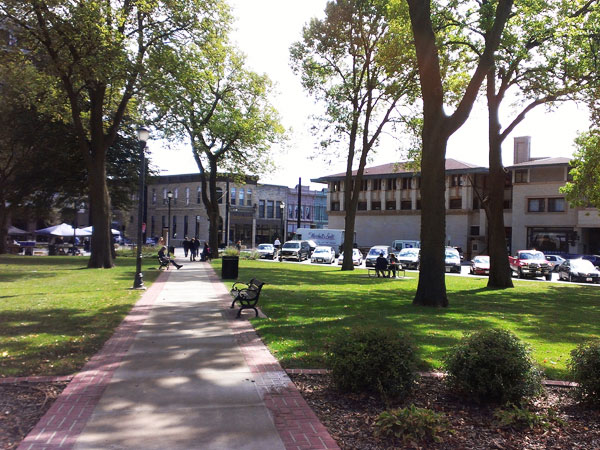 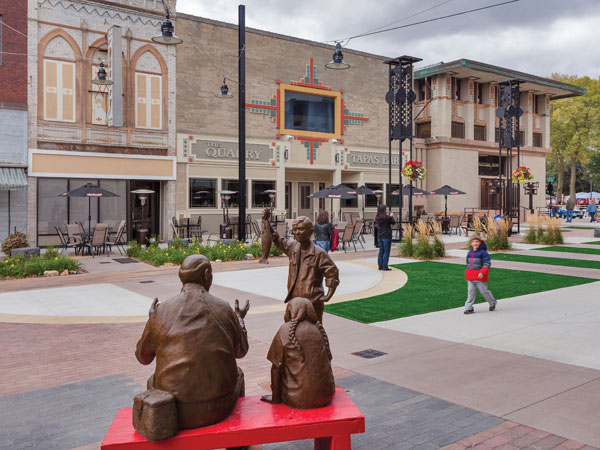