Norfolk's West Freemason neighborhood was almost completely destroyed by the British during the Revolutionary War. Since then, the neighborhood has faced obstacles and trials, including one in the 1960s that would have once again leveled the area. Because it survived, West Freemason contains the majority of Norfolk's pre–Civil War structures.

West Freemason, bounded by the Elizabeth River to the west and south, is west of Boush Street and south of West Brambleton Avenue. 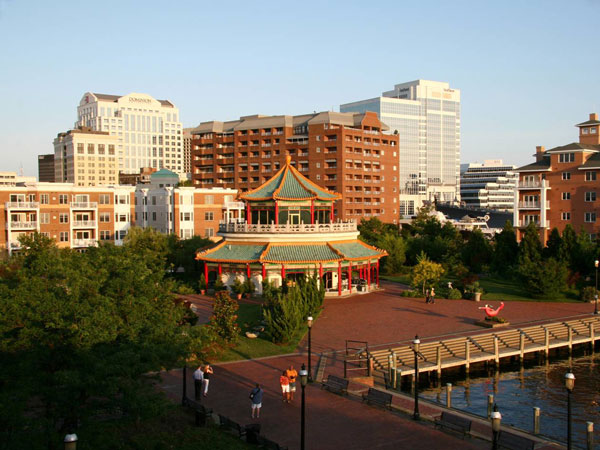 The Taiwanese Pagoda, located in West Freemason, was a gift from Taiwan in 1989, honoring trading ties with Virginia. Photo courtesy City of Norfolk, Virginia.

West Freemason's historic architecture, cobblestone streets, brick sidewalks, and cast and wrought iron fencing and railings create a 19th century feel. It's a contrast with the other side of Boush Street, the neighborhood's eastern boundary, where downtown shopping, dining, and entertainment options abound.

In the early 1900s, public transportation infrastructure throughout the city increased, and residents of West Freemason and neighboring areas moved further away from center city. The change led to years of neglect, disrepair, and demolitions in order to make way for parking lots and newer buildings.

The final act to threaten the neighborhood with extinction occurred during the 1960s when a freeway along the neighborhood's waterfront was proposed. Alarm amongst the remaining residents grew when they realized that if nothing was done their neighborhood would disappear. Working with the Norfolk Redevelopment and Housing Authority, citizens initiated preservation efforts and fought the highway proposal. They succeeded in 1968, which led to a historic West Freemason conservation zoning district and formation in 1976 of the Freemason Street Area Association.

Since the 1980s, the city, in concert with the Norfolk Redevelopment and Housing Authority, has invested $156 million to revitalize the neighborhood. Replacing West Freemason's original industrial waterfront and vacated properties are new townhouses, condominiums, businesses, and recreational areas that complement the neighborhood's historic buildings. The oriental gardens at the Pagoda and the Elizabeth River Trail, which runs along the Elizabeth River and the neighborhood's southern border, are just some of the public green spaces that have been created. The Tide Light Rail has a stop in the neighborhood, which connects West Freemason to Norfolk State University, Tidewater Community College, the Eastern Virginia Medical Center, and other stops. 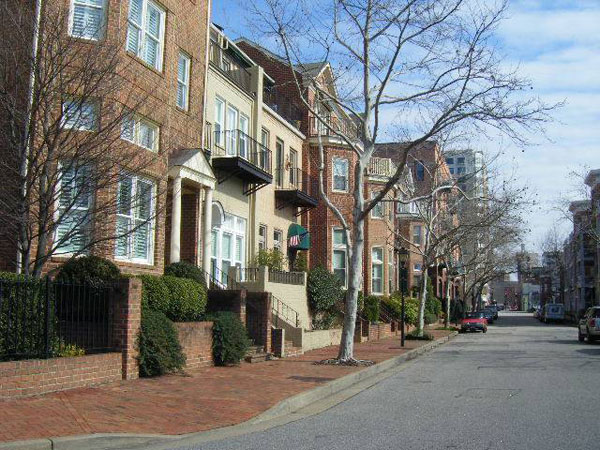 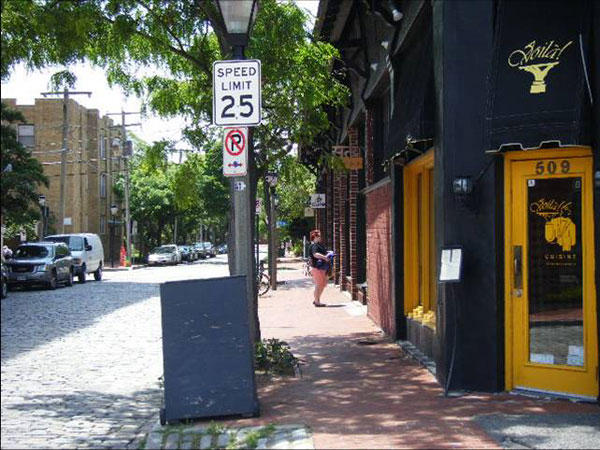