Adams Morgan is a vibrant neighborhood in northwest D.C., known for its historic rowhouses, lively nightlife, and cultural diversity. For years the neighborhood was home to a large population of Spanish-speaking residents, many of whom worked at nearby embassies. The 1980s marked a dramatic increase in the Latino population as immigrants arrived from Central America, making Adams Morgan a cultural center for the District's Latino residents and one of the largest Salvadoran populations in the United States. 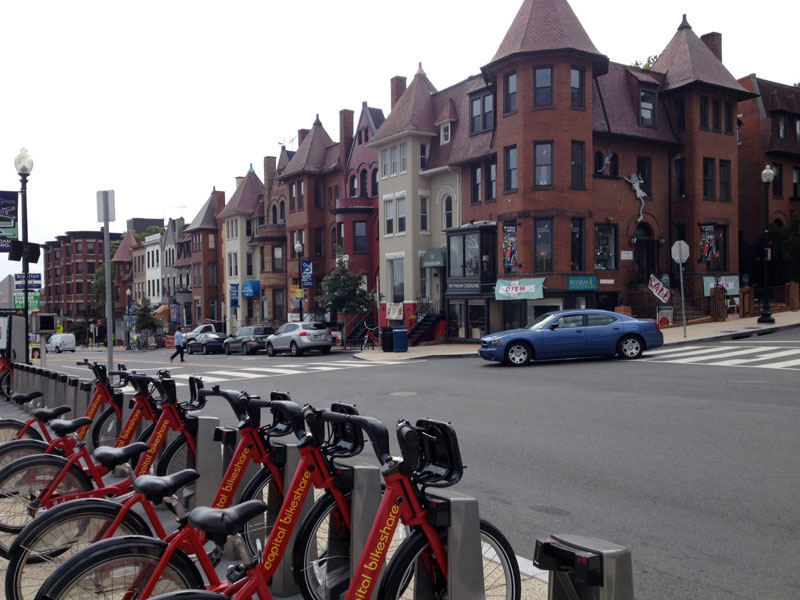 In addition to the colorful storefronts and iconic rowhouses, a number of community murals throughout the area enliven the walking experience and reflect the culture of Adams Morgan residents. The international shops, restaurants, annual festivals, weekly farmers markets, and nightlife draw visitors from all over the District and its suburbs, particularly on weekends. Residents and visitors have ample access to the neighborhood's variety of parks, including Rock Creek Park, one of the District's most treasured natural resources.

The neighborhood is very friendly to pedestrians and bicycles, particularly with the 2012 completion of the Streetscape Project, which improved the streets for pedestrians and added bicycle lanes, Capital Bikeshare stations, and bike racks. The D.C. Circulator provides frequent service connecting Adams Morgan to other neighborhoods. Two Metro stations — Woodley Park and Dupont Circle — are located within walking proximity of the neighborhood, making it easy to visit Adams Morgan day or night. 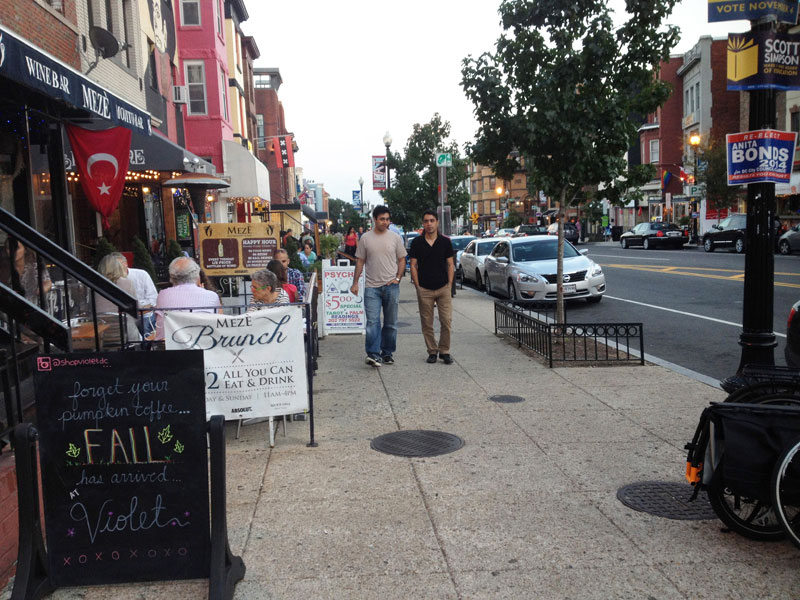 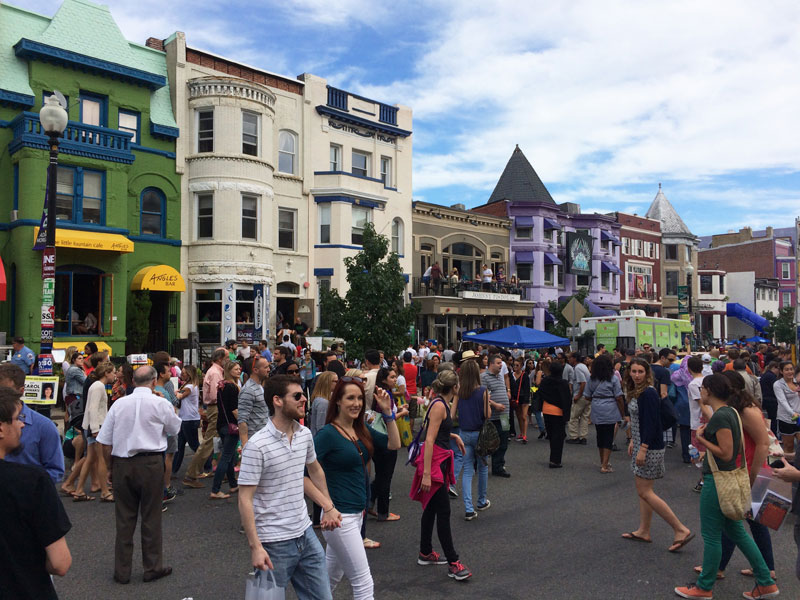