Savannah's Victorian District lies immediately to the south of the well-known National Landmark Historic District. The Victorian District encompasses the West Victorian, East Victorian, and Dixon Park neighborhoods. This downtown neighborhood was developed in the second half of the 19th century as a streetcar suburb of the original city. It was designed in a compact, pedestrian-oriented, mixed-use development pattern with a modified ward structure and street grid from the original James Oglethorpe 1733 plan.

Bounded on the north by Gwinnett Street, on the south by Anderson Lane, on the east by East Broad Street, and on the west by Martin Luther King Jr. Boulevard. 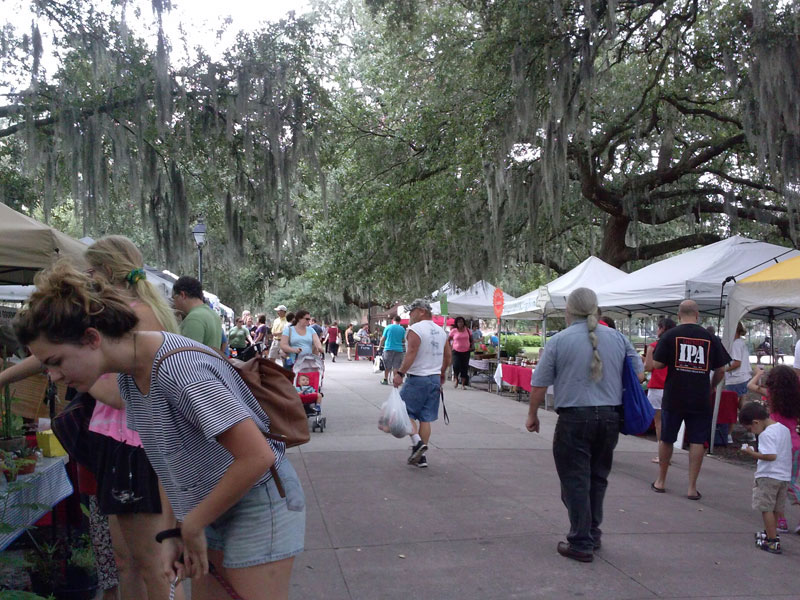 Forsyth Farmers' Market is held each Saturday at the south end of Forsyth Park and is one of the first independent farmers' markets in the U.S. to allow shoppers to use SNAP. Photo courtesy City of Savannah.

Thanks to residents' dedication and commitment to preservation and restoration, the Victorian District is known for its beauty and charm. The Victorian Neighborhood Association is actively involved in landscaping and cleaning lots and street lawns — and recently received funding from the city and transformed a vacant lot into a community garden with assistance from local residents.

The Victorian District's short city blocks and vibrant mix of residential, commercial establishments and parks make it one of Savannah's most walkable neighborhoods. In late 2011, the city transformed Price Street from a two-lane road into one lane for automobiles, one lane for bikes, and one lane for parking.  The neighborhood enjoys an off-street pedestrian/bikeway facility on the Forsyth Park perimeter and a dedicated bike lane on Lincoln Street.  The neighborhood is also served by nine Chatham Area Transit bus routes and the City of Savannah's express shuttle, which has greater citywide connections.

Forsyth Park has been central to the Victorian District's social and cultural fabric since its creation in the mid-19th century. The 30-acre park was influenced by the remarkable vistas inspired by Parisian urban renewal efforts and envisioned as a center for beauty and hospitality. The main walkway is highlighted by the prominent white fountain, erected in 1859 and restored in 1988 by city and community residents. The park also contains the Fragrant Garden for the Blind, a project of the Savannah Garden Clubs. For locals and tourists the park is a hub of social interaction: concerts, recreation, sports clubs and teams, and weekly farmer's markets. Several monuments pay tribute to Civil War and Spanish-American War soldiers.

The neighborhood plays an essential role in Savannah's local tourism economy. Approximately 13 million visitors, both business and recreational travelers, come to Savannah each year, and many pay the Victorian District a visit to explore and admire the neighborhood, homes, architecture, and Forsyth Park. 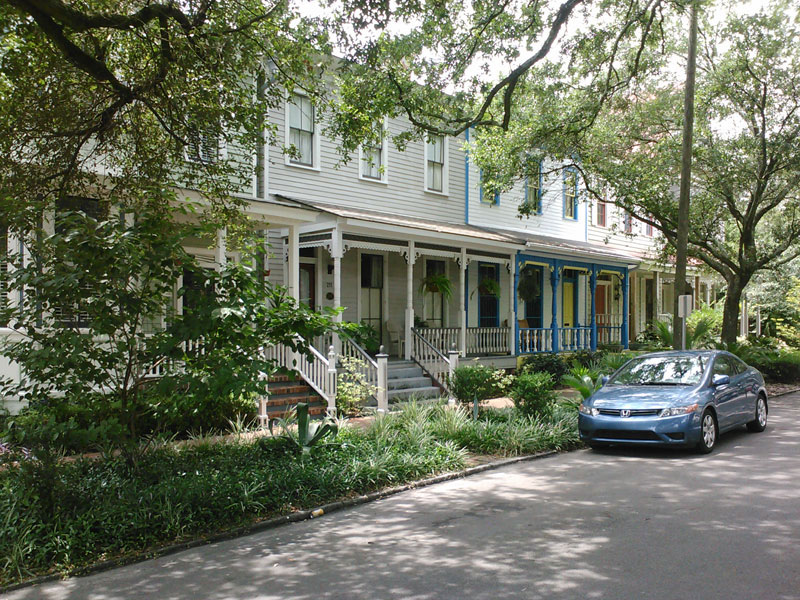 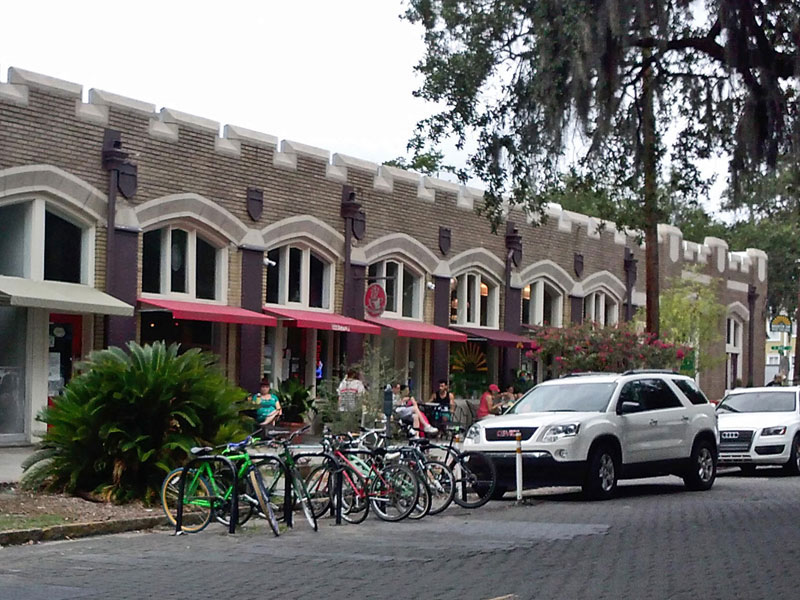 Neighborhood commercial area at the south end of Forsyth Park attracts a diverse crowd on a daily basis. Photo courtesy City of Savannah.