Located just steps from Charlevoix's bustling business district, East Park combines a well-connected downtown community space used year-round by residents and visitors with all the beauty of Round Lake's sparkling waters. In 2007, the lakefront park was redesigned with a large grassy area, trees, benches, and brick sidewalks. Besides attractive landscaping, the park now has an interactive water fountain for children; a rebuilt performing arts pavilion with natural acoustics; a trout pond with pools, rapids, and waterfalls; and a 65-slip marina.

The 2.5-acre East Park is located in the center of downtown Charlevoix between Bridge Street and Round Lake. 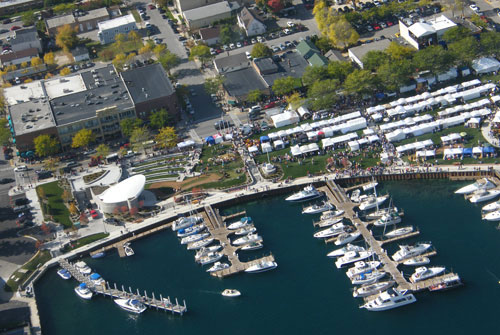 Aerial view of East Park. Running parallel to the park is Bridge Street, a vibrant commercial street that offers park visitors myriad choices for shopping and eating. Photo courtesy of City of Charlevoix.

Initially the land for East Park was privately owned. During the 1920s, a building along Charlevoix's waterfront burned. The city acquired the land with the idea that over time — in this case more than 70 years — a park could be created along the waterfront with parcels purchased as they became available.

While East Park did not originate from a written plan, it was achieved for the same reasons underlying all successfully implemented plans — a common vision and commitment by succeeding generations of elected leaders and the public to follow through. 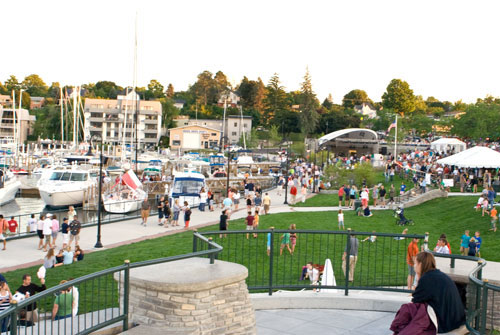 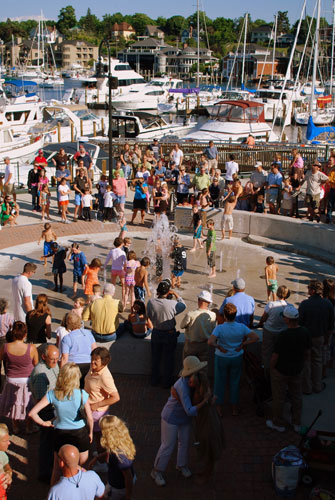