The Grand Rounds is the nation's only urban-based National Scenic Byway. It is part of the Minneapolis Park and Recreation Board's 6,400 acres of trails, lakes, parks, and recreation facilities. The parkways and paths are divided into seven segments and together form a nearly complete loop through Minneapolis as they connect 14 natural lakes, three creeks, two waterfalls, and the Mississippi River. Because of careful planning and strategic land acquisitions, all waterfront and rights-of-way around the lakes, creeks and river segments are in public ownership. 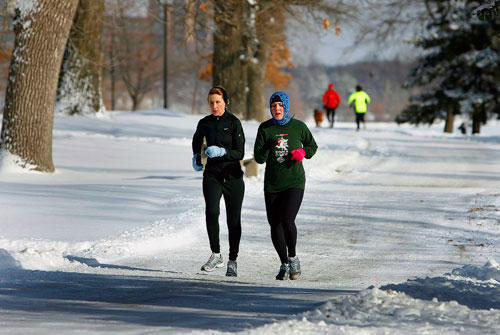 The Grand Rounds trails are maintained year-round, allowing for use even during the winter. Photo courtesy of Minneapolis Park and Recreation Board.

Articulating a vision of a system of parks and parkways around the city's lakes, streams and river during the later half of the 19th century was landscape architect Horace Cleveland. Charles Loring, the Park Board's first president, and the first two park superintendents, Captain William Morse Berry (1885-1905) and Theodore Wirth (1906-1935), led efforts to acquire and develop much of the land used for the byway system.

It is one of the most elaborate park systems in the nation, the outgrowth of over 125 years of planning and plan implementation. 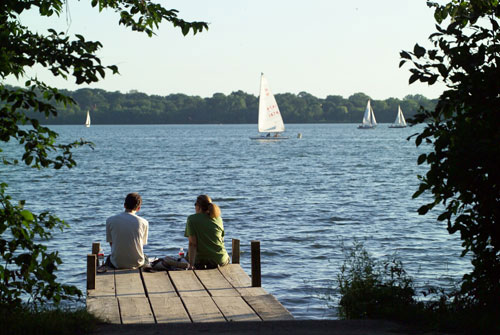 Lake Harriet is just one of 14 lakes connected by The Grand Rounds running and biking trails. Photo courtesy of David Larson. 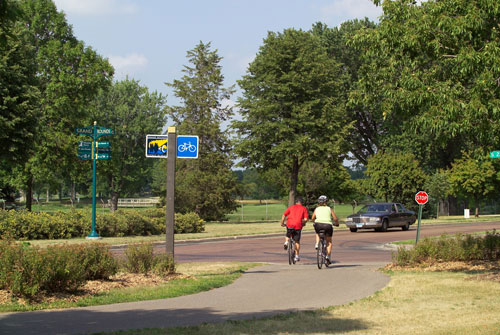