Just 60 acres when it was developed in 1860 from land housing Chicago's only cemeteries, Lincoln Park today is the largest of the 552 parks in the "City in a Garden." Each year more than 6.5 million people visit the park on Lake Michigan. The zoo, arboretum, theater, and museums are major draws, and water covers roughly a fifth of the park's 1,208 acres. Citizen activism is what led to creation of the park, and today, citizen groups work to identify issues of concern.

Park is bordered by Foster Avenue to the north; North Avenue to the south; Lake Michigan to the east; and Stockton, Lakeshore, and Marine Drives to the west. 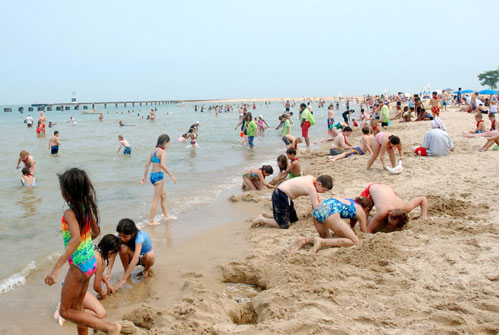 A substantial public amenity, this beachfront on Lake Michigan is the result of nearly 150 years of foresight and planning. Photo courtesy of Chicago Park District.

Listed on the National Register, Lincoln Park is home to several architecturally significant structures. The park also is known for its statuary, including a bronze of the park's namesake by Augustus Saint-Gaudens and statues of Ulysses S. Grant, Alexander Hamilton, and William Shakespeare.

Easily accessed by bus, rail transit, car, and on foot, Lincoln Park has vehicular roadways and paid parking, paths for walking or jogging, and bike trails. The park is popular with summertime rollerbladers, beach volleyball players, and skateboarders, and cross country skiers and skaters in the winter. A free trolley operates during the summer. 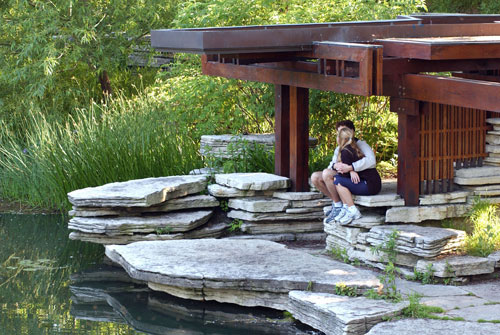 Alfred Caldwell Lily Pool is a serene place to get away from the bustle of city life. It is one of myriad amenities drawing nearly 6.5 million visitors to the park each year. Photo courtesy of Chicago Park District. 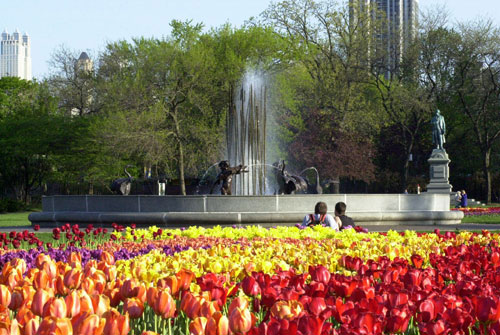 One of the draws to Lincoln Park is the price. Many of the world-class museums and amenities offer free admission. This fountain sits in a formal garden between the Lincoln Park Conservatory and the Lincoln Park Zoo. Photo courtesy of Chicago Park District.