Historical sites abound in New England, but few boast as rich a history as the New Haven Green. Established in 1641 as the marketplace of the Puritans' New Haven Colony, the Green has seen much in its 365-year-plus history. General George Washington spoke here during the American Revolution. The Amistad captives were exercised here, Abraham Lincoln gave a presidential campaign speech, and rallies were held during the Vietnam War and civil rights struggles. Easily accessible by bus, car, bicycle, and pedestrians, the Green is the city's public gathering place. 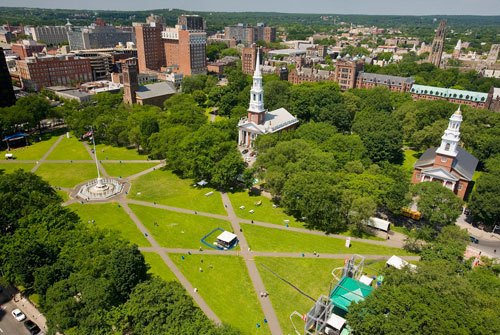 Lined by trees, traversed by pathways and surrounded by historic buildings, the Green is the centerpiece of New Haven's historic, cultural, and religious events. Photo courtesy of Greater New Haven Convention and Visitors Bureau.

Verdant tree cover, diagonal sidewalks, and historic buildings — some of which date back more than 250 years — contribute to the Green's setting and unique sense of place. 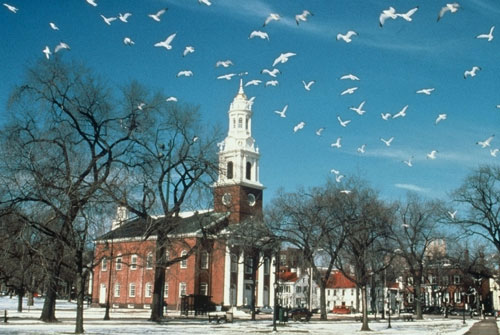 United Church is one of three churches built between 1812 and 1816 on the Green. Photo courtesy of Greater New Haven Convention and Visitors Bureau. 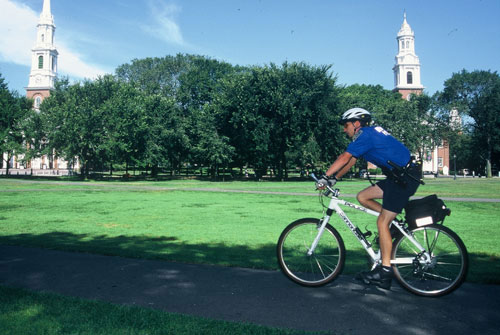 The Green is easily accessible by bus, car, bicycle, and on foot. Photo courtesy of Greater New Haven Convention and Visitors Bureau.