A chain of parks beginning near Downtown Crossing to the north, then continuing south and west along the Boston-Brookline border and then south and east to Dorchester. 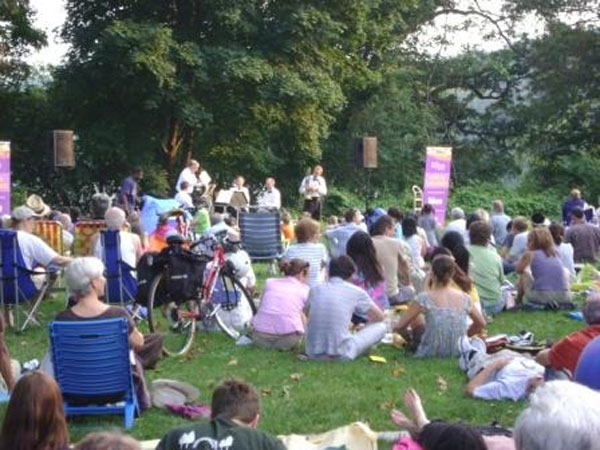 The Emerald Necklace prides itself on accessibility to all Bostonians and visitors. The nine public spaces are constantly in use and provide an ideal backdrop for gatherings or performances. Photo courtesy of John Ellingwood and Kyle Gnerre.

From its humble beginning as a cow pasture in the early 17th century to today's 1,100-acre chain of nine parks, including a connecting boulevard, the Emerald Necklace is the heart of what urban park expert Peter Hartnik calls "the nation's oldest and most venerable metropolitan park system."

Upper class Bostonians saw public spaces as vital for Boston to be a first-class city. By the 19th century they had three such places: Boston Common, Public Garden, and the grand Parisian-like boulevard, Commonwealth Avenue Mall.

The first priority in selecting a site for the new public spaces, according to an 1875 report by the Boston Parks Commission, was "accessibility for all classes of citizens by walking, driving, riding, or by means of horse or steam cars."

Instead of one central park to be reached through one neighborhood, Frederick Law Olmsted envisioned a series of interconnected parks that capitalized on Boston's unique topography and waterways. He also stressed that the largest space — Franklin Park — should remain open because "openness is the one thing you cannot get in buildings."

More than a hundred years later, the eight parks and connecting mall making up the Emerald Necklace still offer "tranquility and rest of mind" as Olmsted intended. 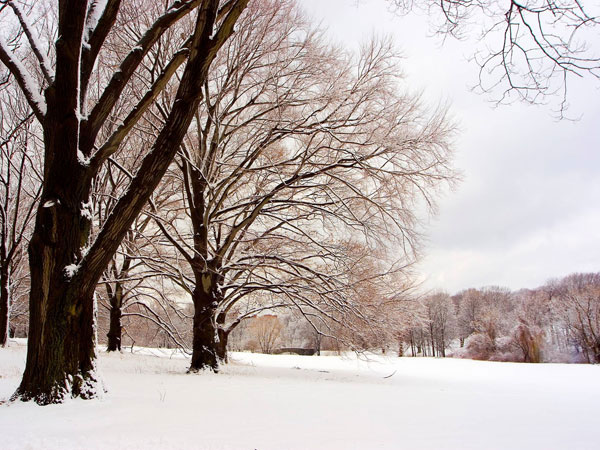 Franklin Park, the Emerald Necklace's largest space, was purposely left open by Olmsted as a way to contrast Boston's dense downtown and because 'openness is one thing you cannot get in buildings.' Photo courtesy of John Ellingwood and Kyle Gnerre. 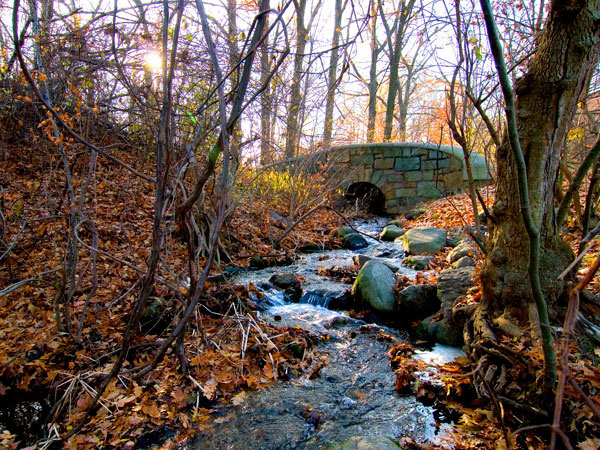