In 1859 surveyor Rufus Cable came upon the inspiring landscape that is now the crown jewel of Colorado Springs's park system and proclaimed it "a fit place for the gods to assemble." Twenty-seven years later legislation was introduced in Congress proposing that the area be made the nation's second national park. The bill would have been approved had the land not been privately owned at the time, making it ineligible. 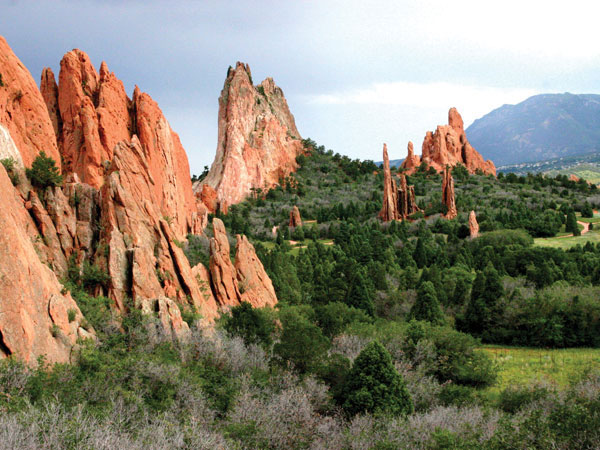 Garden of the Gods attracts visitors from all 50 states and 60 countries who come to hike, bike, climb, and ride horses. Located on the western edge of Colorado Springs, the park was a gift to the city in 1909 from the family of railroad executive and Colorado Springs resident Charles Elliot Perkins. The only restrictions were that the land be used as a free public park, that no buildings or structures be added except those necessary for maintenance, that alcohol not be permitted in the park, and that the name not be changed.

A designated Department of the Interior National Natural Landmark for its illustrative geology, the park sits at the junction of three ecosystems: Great Plains grasslands, Southwestern piñon-juniper woodlands, and mountain forests. Dramatic-looking rock formations in the park show the majestic formation of the Front Range Mountains from the Great Plains and offer views of Pikes Peak less than 10 miles away.

In 1995 Lyda Hill, a philanthropist and businesswoman who owned the land east of the park, proposed a public-private partnership that resulted in a new visitor center being located just outside the park on her land. Since it opened, the Garden of the Gods Visitor & Nature Center has contributed more than $1.6 million for park maintenance and educational activities. 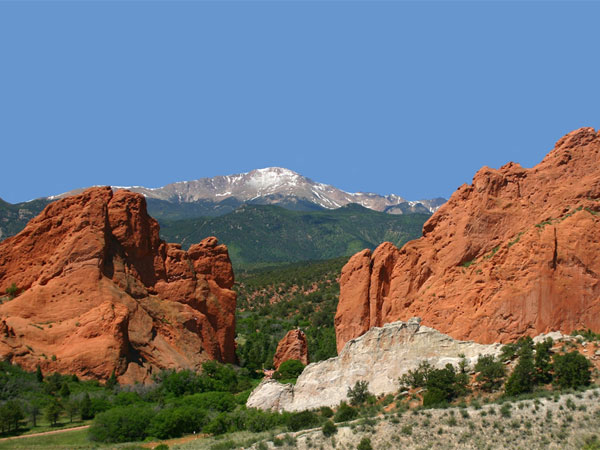 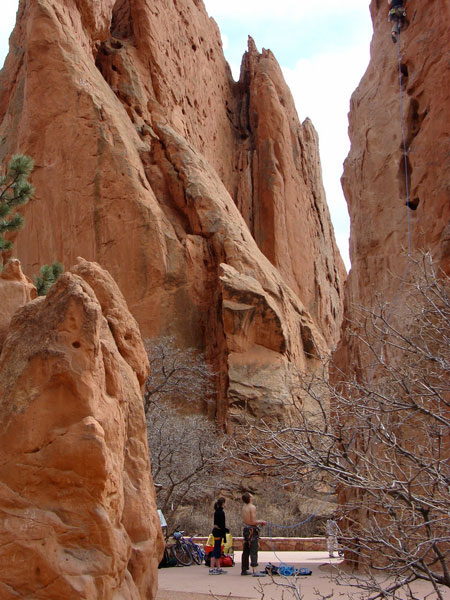 Garden of the Gods is popular among rock climbers and cyclists. The 1994 park master plan called for provisions to conserve and restore the park and manage overuse. Photo credit: Flickr user iagoarchangel, Creative Commons license.