Minutes from downtown Richmond is a striking Gilded Age mansion surrounded by 100 acres of undulating lawn, thoughtfully designed and manicured gardens, and an arboretum with 200 species of trees from six continents. Estates on this scale often remain in private ownership and closed to the public, but Maymont continues as its original owners Major James and Sallie May Dooley intended: an extraordinary gift to Richmond for all to enjoy freely.

Maymont is located at 2201 Shields Lake Drive and 1700 Hampton Street and borders north bank of the James River. 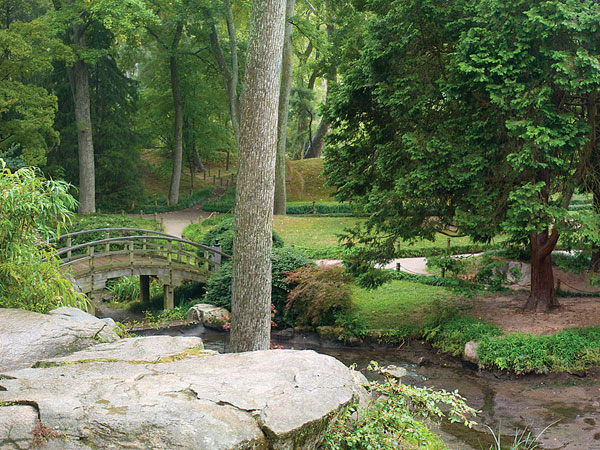 Quiet, contemplative spaces, such as the Japanese Garden, contribute to the many uses and experiences available at Maymont. Photo Flickr user J.W.Photography, Creative Commons license.

The mansion and furnishings, children's farm with domestic animals, and carriage collection are impressive, but what keeps generations of guests returning is the dramatic and varied landscape, described by garden historian Denise Otis as "an anthology of gardens." Unexpected alcoves, waterfalls, and hidden pools provide intimate opportunities for conversation and contemplation while the expansive lawns are natural areas for childrens' field games, family picnics, outdoor concerts, and special events.

Following Mrs. Dooley's death in 1925, the estate was transferred to the City of Richmond. However, no endowment came with Dooley's gift to cover maintenance and ongoing expenses. By the late 1960s and early 1970s, the property showed signs of serious disrepair.

In response, the nonprofit Maymont Foundation was established in 1975 to partner with the city and raise funds for annual expenses and capital improvements. Considered a model for public-private park management, the partnership ensures Maymont remains free and, according to a local newspaper from 1928, "a tonic for a sick heart, a reward for a hard day's work, [and] a stimulus for a difficult morrow." 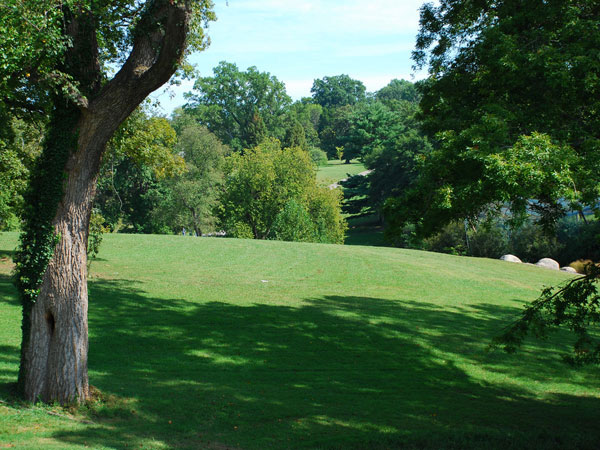 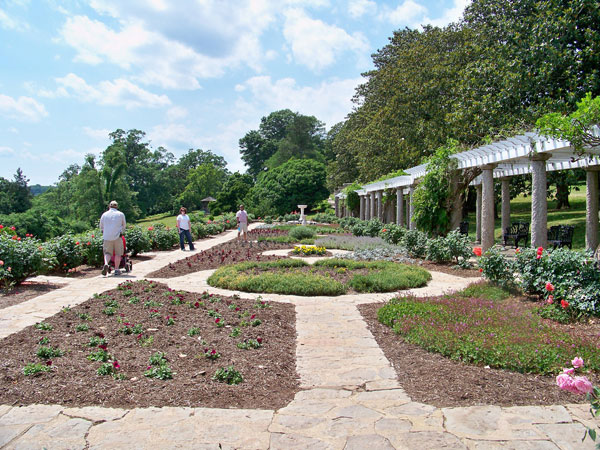 The Italian Garden (built 1910) features classic elements such as pergola, fountain, urns, and a hillside setting. While classic and typical of such estate gardens, the pergola is unique: the columns are made of hand-hewn Petersburg granite, the local bedrock. Photo Flickr user Redden-McAllister, Creative Commons license.