Rice Park is a counterpoint to its busy surroundings. Its period lamps, statuary, benches, center fountain, and adjacent national landmark buildings lend a European feeling to the space. Trapezoidal in shape with two diagonal walkways, the park serves as much as a pathway and shortcut as it does a lunch stop, festival grounds, and outdoor sanctuary. Rice Park has undergone far-reaching changes since its establishment in 1849, when Minnesota was still a territory. 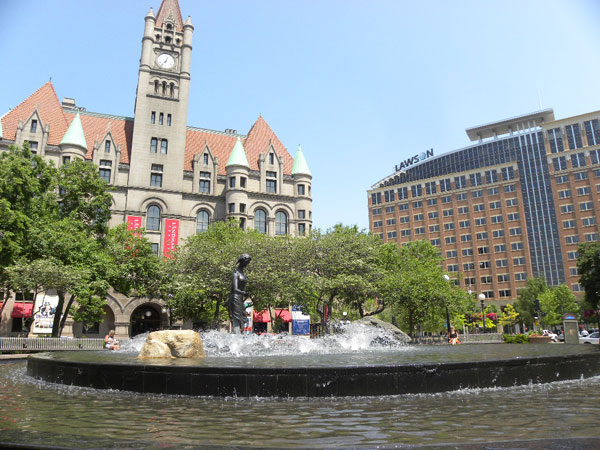 Rice Park is bordered by historic buildings, museums, and music halls, offering an old-world European charm to downtown St. Paul. The central feature is a fountain designed by a Wisconsin artist in 1965. Photo courtesy St. Paul Parks and Recreation.

Initially used to dry laundry or graze animals, the park's first amenities — a fountain and bandstand — were added in the 1870s. Electric lights were installed in 1883 for a visit by President Chester A. Arthur and Generals Ulysses S. Grant and William Tecumseh Sherman, who traveled to St. Paul to recognize the opening of Northern Pacific's West Coast rail line.

Construction of the historic buildings, museums, and music halls that eventually bordered the park spanned nearly 100 years starting with the impressive Richardsonian Romanesque Landmark Center (formerly the Federal Building) on 5th Street West. Designed by Willoughby J. Edbrooke, it opened in 1902. The luxury St. Paul Hotel, built on Market Street, opened in 1910, and the Renaissance-styled Saint Paul Central Library and James J. Hill reference collection opened in 1917 across from the park on 4th Street West. The last major building to be erected opposite the park was the Ordway Center for the Performing Arts, which opened on Washington Street in 1985.

In addition to this construction and the subsequent renovations of the three early 20th century buildings facing the public space, Rice Park itself underwent two major renovations. The first, in 1965, was spearheaded by the Women's Institute of Saint Paul. It was followed by another in 2000 involving several businesses, organizations, societies, and individuals. The result is a remarkable 1.6-acre parcel that brings a little old-world European charm to downtown St. Paul. 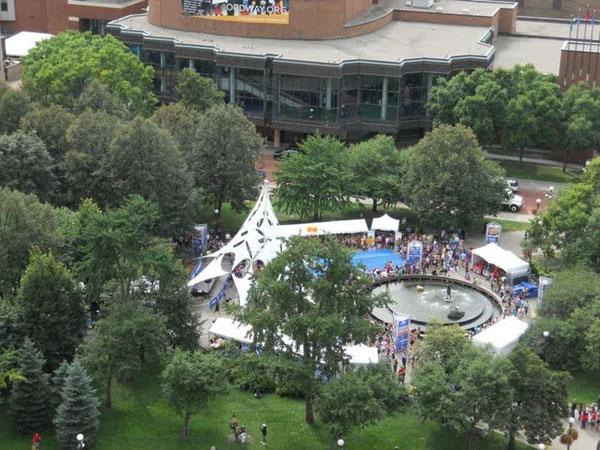 By the 1960s the park and surrounding buildings fell into a period of neglect. Rice Park underwent two major renovations in 1965 and 2000, and the area surrounding the park has seen nearly $63 million in revitalization. 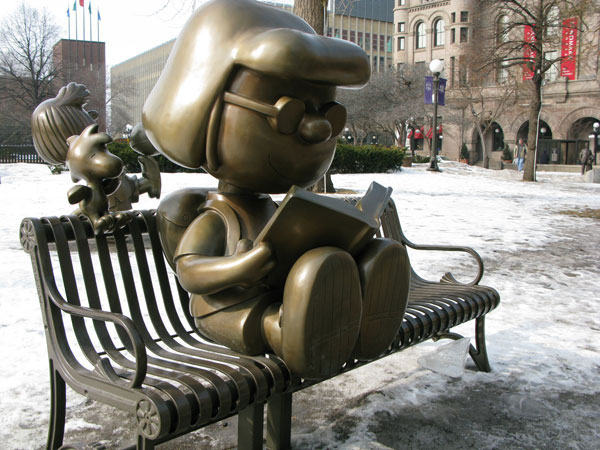 Bronze sculptures, including these of Peanuts cartoon characters, can be found scattered about the 1.6-acre parcel. Photo courtesy St. Paul Parks and Recreation.