Located in the heart of downtown Mobile on the former site of a Spanish hospital and named for the French Governor of Louisiana, Jean Baptiste de Bienville, the square is where the city's history, architecture, and commerce converge. One of a unique handful of federal holdings relinquished by Congress in 1824, the square's history predates that of Alabama. It is surrounded by a diverse array of architectural styles, from late Victorian to Neoclassical. It is where President Theodore Roosevelt spoke during a visit in 1905 and the site of today's most popular holiday celebrations and festivals in the city.

The park is bounded by St. Francis to the north; Dauphin to the south; St. Joseph to the east; and North Conception to the west. 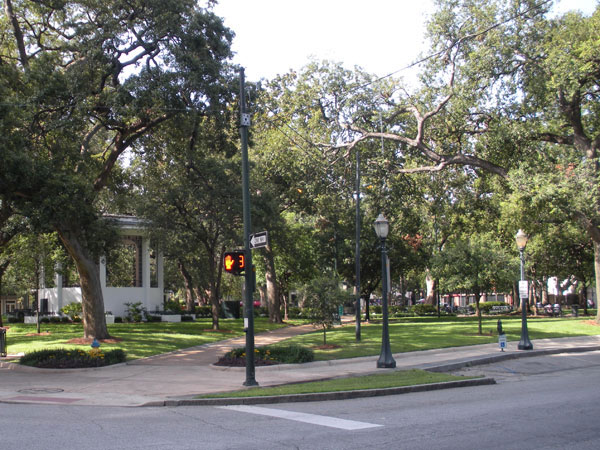 Located on the site of a former Spanish hospital, the northeast corner of St. Joseph at St. Francis was designated as a public space in 1824. The square has served as a meeting space since World War II for shipyard workers and is where most of today's festivals and celebrations take place. Photo courtesy Bert Hoffman.

Looking ahead, the Mobile 2020 comprehensive plan articulates a vision for the future including more ground-floor retail stores for surrounding buildings, integrated pedestrian paths, and additional landscaping to ensure the square remains the vibrant hub of downtown Mobile. 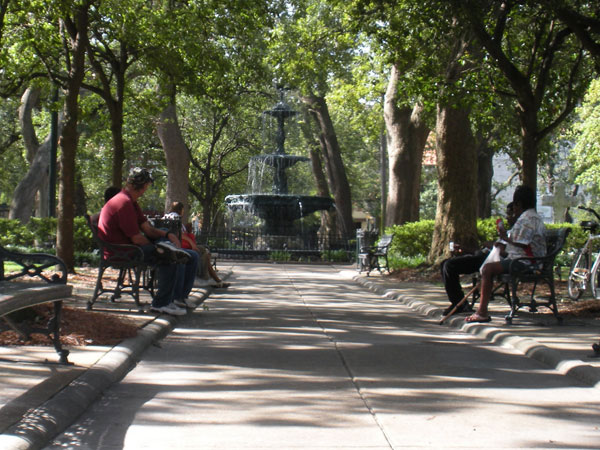 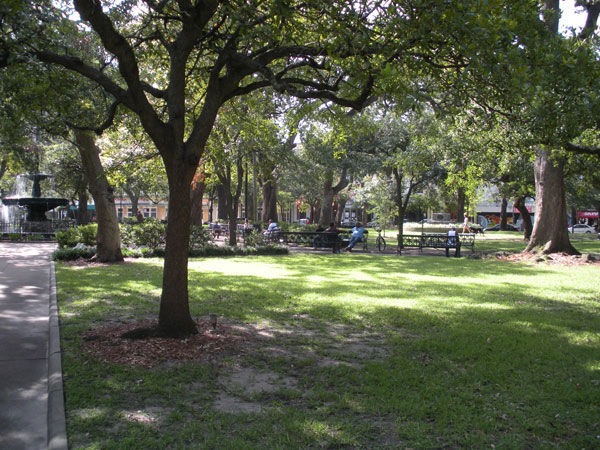 The live oaks in the park keep temperatures down and provide habitat for wildlife while the radial walkways provide views of the diverse architecture that surrounds the square. Photo courtesy Bert Hoffman.