One of the oldest parks in California, Cesar Chavez Plaza has shaped downtown Sacramento's development since 1849. At that time, city founder John Sutter, Jr. dedicated 10 "public squares" for "the public use of the inhabitants of the city." Nine of the 10 remain in use today, and Cesar Chavez Plaza is one of them. One hundred sixty-five years of city planning have preserved the space with its cross-axial walkways, central fountain, and views of the historic civic skyline.

Plaza is between J and I Streets and 9th and 10th Streets in downtown Sacramento. 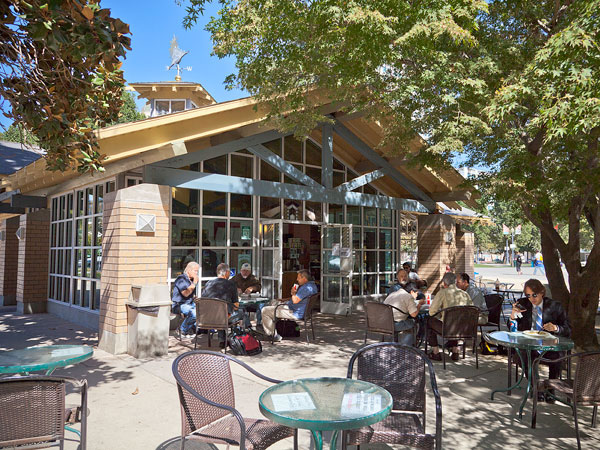 Surrounded by some of the city's most historic civic buildings, including the Beaux-Arts–style City Hall and Renaissance Revival style Central Library, the plaza continues to serve as the city's gathering place. Some even call it a "front yard" that provides a sense of community within a historical context.

Most recently, an $800,000 two-phase renovation of the plaza begun in February 2012 includes expanding hardscape for the Farmer's Market, enhancing plaza lighting, and lengthening walkways. Improvements are expected to be completed in late 2012.

There's rarely an hour of the day or evening when the plaza is not occupied, whether it's residents or visitors enjoying a meal at the park's Cafe Soleil, attending a wine festival or other special event, shopping at the Farmer's Market, or taking in an evening concert. 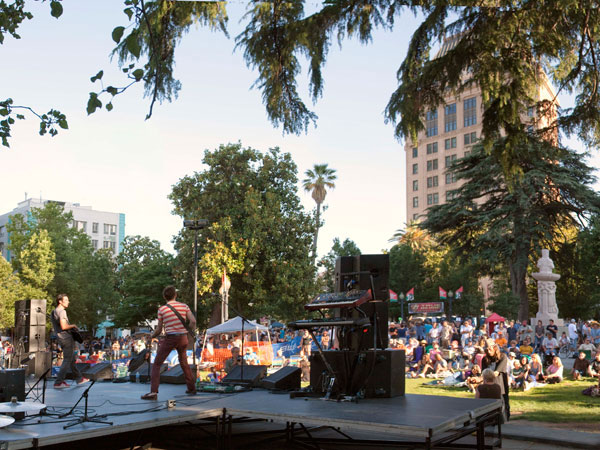 Special music concerts and festivals are just some of the things going on at Chavez Plaza year-round. Photo courtesy City of Sacramento. 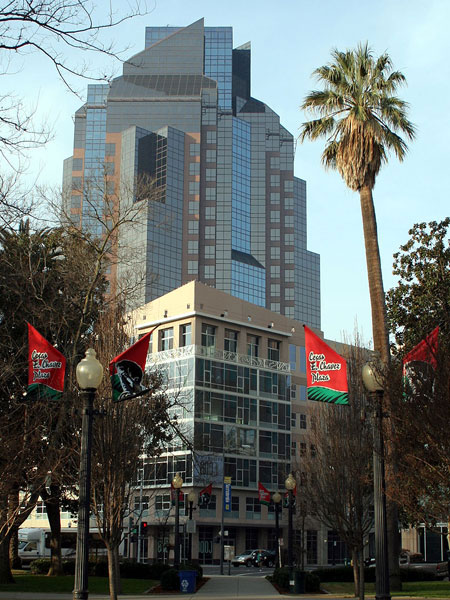 The plaza's design and location in the heart of Sacramento afford it unobstructed views of several downtown streetscapes. Flickr photo by SP8254 (CC BY-NC-ND 2.0).