Ritter Park, created in 1913 by Rufus Switzer, a city council member who would go on to become mayor, is the oldest and most used park in Huntington, West Virginia. An award-winning rose garden and exhilarating playground are two of the many amenities that attract locals as well as tourists from the entire tri-state area to this tranquil piece of land set in the hills overlooking the city. Widely considered the "Crown Jewel of Huntington," the 100-acre-plus Ritter Park enjoys both summer and winter use thanks to seasonally covered tennis courts and a sledding hill for when it snows. 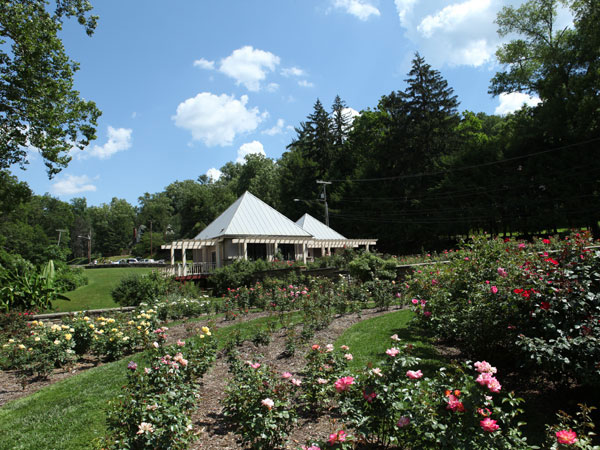 When the land was purchased in 1908 by the City of Huntington, original plans called for an incinerator to occupy the space, but the gracious donation of an additional 20 acres by Charles Ritter, a local lumber magnate, convinced the city to build a park instead.

Recent additions include the nationally acclaimed playground noted for its climbing boulders, zip line, bongo drums, and a new dog park that opened in June 2012. As a contributing property to the nationally listed Ritter Park Historic District, which includes the surrounding Craftsman, Colonial, Classical, and Tudor Revival homes, the park provides, according to one area resident, a "sense of place and the feel of home." 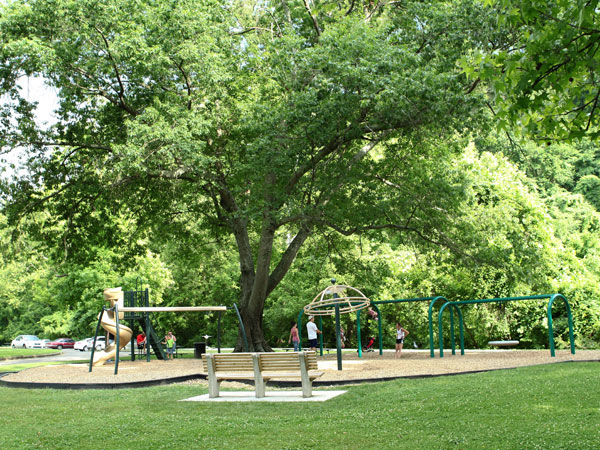 Among the many features of the park are the Island Playground added in 2011, amphitheater, tennis courts, mile-long jogging track, and biking paths. Photo courtesy Morrison Studios. 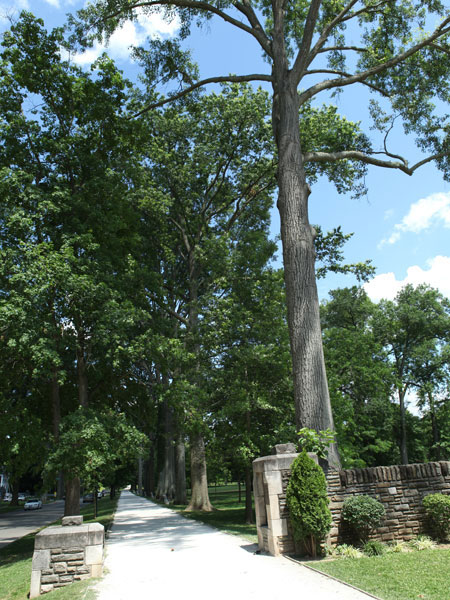 Hallmarks of the 100-acre-plus park include its stonework and mature trees. Photo courtesy Morrison Studios.