The ritzy summer resort town of Bar Harbor, Maine, once home to aristocratic families including the Rockefellers, Vanderbilts, and Astors, contains the lush Village Green in its historic core. During the city's Gilded Age, the short-lived Grand Central Hotel occupied this corner of Main and Mount Desert streets, but changing times led to the hotel's demolition and the land's rebirth as public space in 1899. 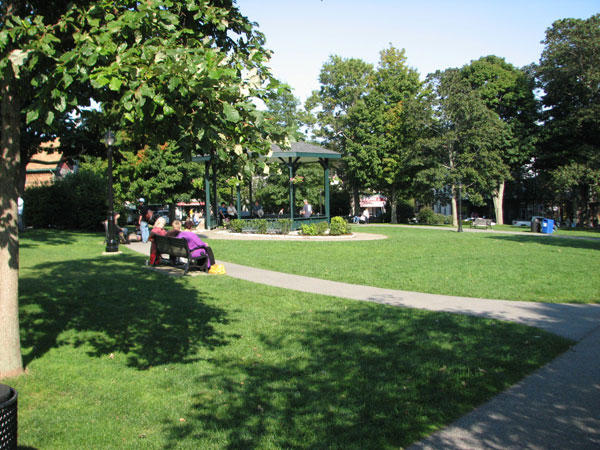 The development of Acadia National Park, which provides a year-long scenic backdrop for Village Green visitors, was the impetus needed for changes undertaken by the Bar Harbor Village Improvement Association. For a number of years the bandstand was the green's only amenity, but a visit by President William Howard Taft and his subsequent speech from the site in 1910 spurred a desire for further development.

In the 1920s, Beatrix Farrand, a nationally renowned landscape architect whose projects include the Rose Garden at the White House, designed the pathways, the rebuilding of the bandstand in a new location, and the landscaping arrangements seen today. The steady infill of quaint inns and cafes that surround the green, as well as the century-old tradition of free summer concerts at the bandstand, solidified the Village Green's picturesque charm and friendly atmosphere.

Today, visitors dash in and out of the businesses around the green, pausing for a short time to enjoy the well-manicured grounds or relaxing for an afternoon under the tree canopy while they use the free Wi-Fi. The bisecting pathways encourage people to cut through the park instead of walking around it, whether to grab lunch or catch the Island Explorer from the green's bus plaza. 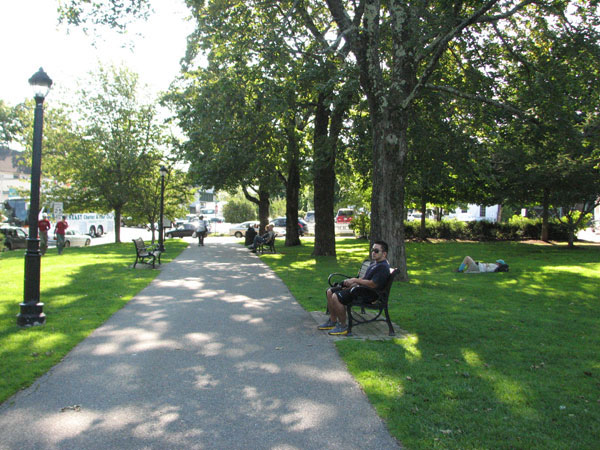 One of the pathways in Village Green, which was redesigned in the 1920s by nationally renowned landscape architect Beatrix Farrand. Photo courtesy Angela Chamberlain. 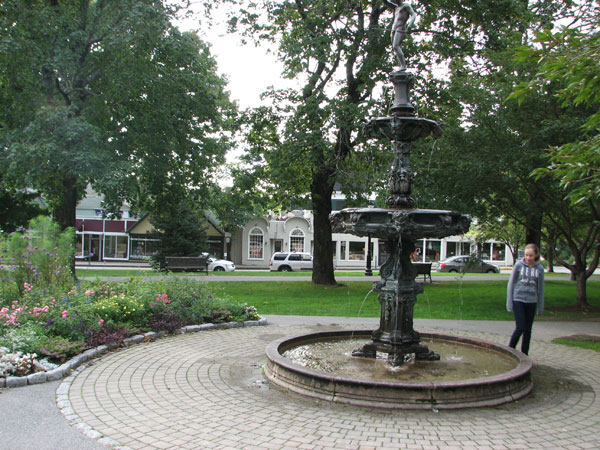