A $6 million investment to revitalize Esther Short Park in downtown Vancouver, Washington State's oldest public square, has resulted not only in a rose garden and a brick-paved square complete with bell, but also the jump-starting of a 20-year, $800 million plan to redevelop downtown. The park and surrounding area revitalization have been successful, attracting some $250 million in adjacent capital investments since 2002. New residents are moving downtown, and civic leaders from towns and cities in the region are taking notice. 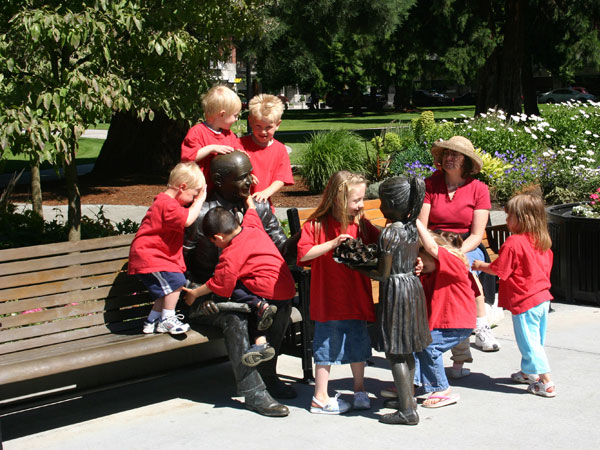 Children play on the statue of George Propstra, who holds a bronze newspaper that chronicles the role his family played in the park's redevelopment. Photo courtesy Greg Turner.

The park's 5.4 acres were originally given to the city in 1853 as a gift from Esther Short, an early pioneer resident of Vancouver. She envisioned a public space where city residents could enjoy the energy, beauty, opportunities, and conveniences that working and living in downtown Vancouver provided.

Beginning in the 1990s, then-Mayor Royce Pollard captured the essence of Short's vision and began a years-long effort to reverse the park's decline with his "take back the park" lunches. Another contributing to Short's vision in the 20th century was Vancouver philanthropist George Propstra, who made a $3.2 million donation to the park. 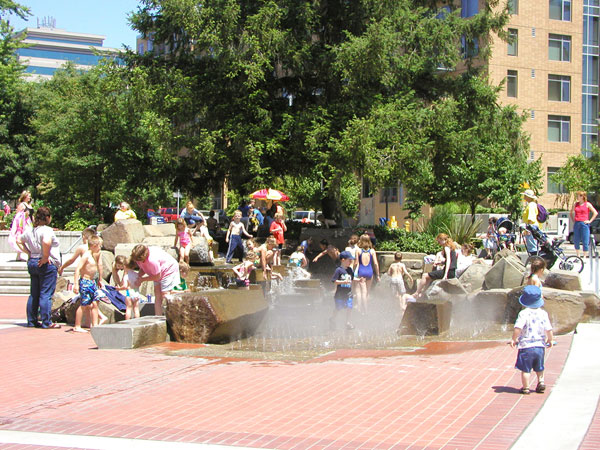 Children play in a large fountain system that was constructed as part of the park's redeveloment. Photo courtesy Greg Turner. 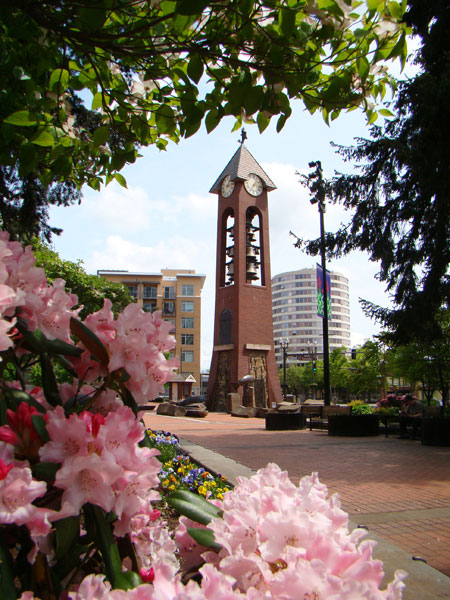