When New York's Grand Central Terminal opened on February 2, 1913, The New York Times reported that it was "not only the greatest station in the United States, but the greatest station, of any type, in the world." Planning, design, and construction involved 10 years and $1 billion in today's dollars, but the effort resulted in not only a building with 30 platforms and 44 tracks, but also innovations that influenced decades of American planning, architecture, engineering, and culture.

Grand Central Terminal is located at 89 East 42nd Street, between Vanderbilt Avenue to the northwest and Lexington Avenue to the southeast. 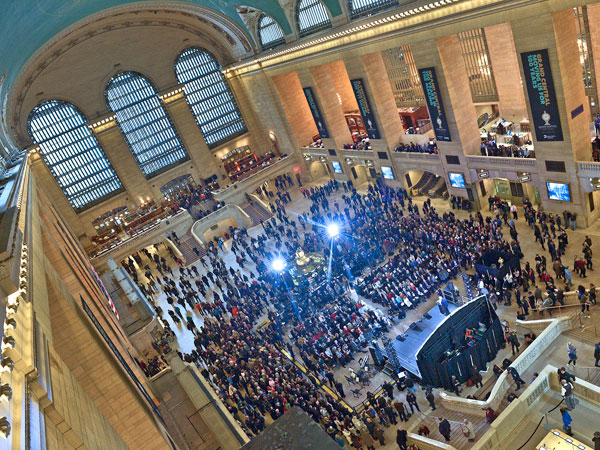 Modeled on Roman imperial baths, the Beaux-Arts terminal used by 750,000 people a day or more than 21 million people each year, was designed by two teams of architects led by the firms of Reed and Stem and Warren and Wetmore. Inside the Grand Concourse — approximately three-fourths the size of a football field or 275 feet long by 120 feet wide by 125 feet high — is a glorious, vaulted plaster ceiling with hundreds of star constellations designed by French artist Paul Helleu. The terminal's 42nd Street facade includes three tall, arched windows beneath a simple roof line that is topped by a monumental sculptural group of Roman gods by Jules Coutan and the world's largest Tiffany-glass clock.

The genesis for Grand Central was a 1902 disaster involving two steam-powered trains that collided in the 58th Street tunnel and killed 15 people. The New York State Assembly subsequently banned the use of steam by locomotives between 42nd Street and the Harlem River, setting the stage for a revolutionary idea by New York Central and Hudson River Railroad chief engineer William J Wilgus: require engines serving the terminal to be powered by electricity not steam. This meant the expansive staging area required for steam-driven locomotives could be placed underground and designed to accommodate two levels of track. Wilgus also suggested using a larger portion of the air rights above the 48 acres occupied by the terminal and adjoining rail yard than previously considered, which helped finance construction.

Managed by the Metropolitan Transportation Authority's Metro North Railroad, the terminal is also a successful shopping center with separate food concourse, five exquisite restaurants and cocktail lounges, central market, and 68 specialty shops. A two-year, $200 million revitalization was finished in 1998 while Grand Central North, which provides access from 45th, 47th, and 48th Streets, opened in 1999. The latest expansion is the $8.24 billion East Side Access project — a bi-level, eight-track tunnel that will bring Long Island Rail Road Main and Port Washington trains to the terminal starting in 2019. 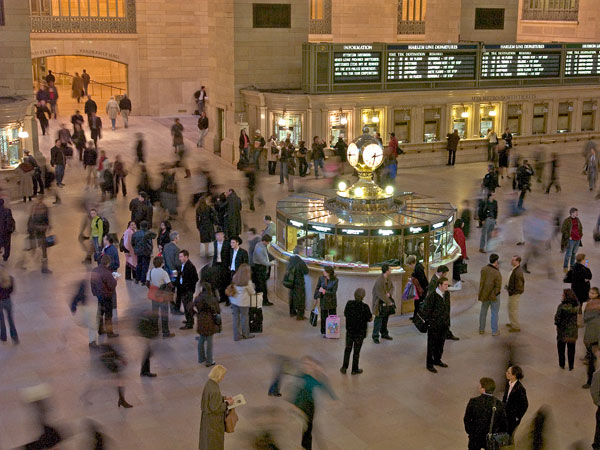 Located in the center of the terminal's Main Concourse, the clock on top of the information booth is a quintessential New York City meeting spot. Photo courtesy Patrick Cashin / Metropolitan Transportation Authority. 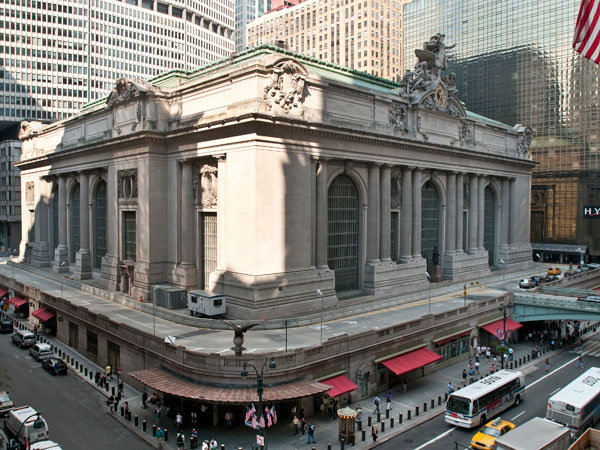