Today an aspirational vision of a civic and cultural center for downtown Los Angeles, proposed more than a century ago by the pioneering planning theorist and landscape architect Charles Mulford Robinson, has been realized through the redevelopment of Civic Center Mall as Grand Park. Extending from the Music Center to City Hall, Grand Park not only is one of Los Angeles's most popular places for daily exercises, lunch breaks, and family activities, it also is a hub for surrounding communities of historic Chinatown, Little Tokyo, El Pueblo, and the Old Bank district. 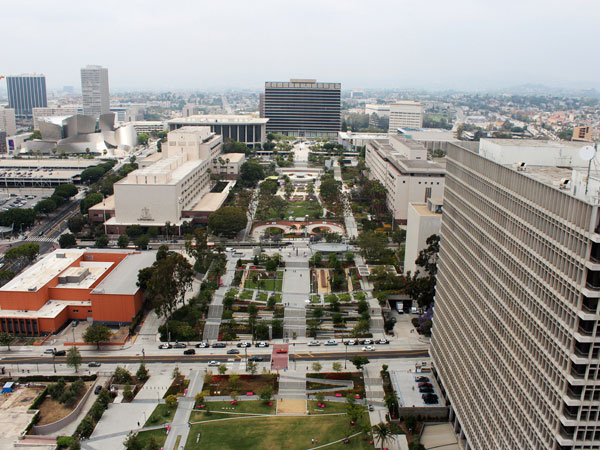 Twelve acres in size, the park contains a community terrace, performance lawn, historic Arthur J. Will Memorial Fountain, and 24 multicultural botanic gardens. Framed by a stunning downtown skyline and covering a grade change of 90 feet, the park's four blocks of distinct amenities and features are connected by a variety of wide steps, pedestrian loops, and ADA-accessible ramps.

The first interpretation of Robinson's 1907 "City Beautiful" proposal was the Civic Center Mall built in 1966. Mostly invisible and underused for decades, it ran for two blocks between the Los Angeles County Courthouse and Hall of Administration. With the redesign, the public area was expanded to the four blocks between The Music Center at the top of Grand Avenue and City Hall.

Completed last year, the revitalization took 12 years of planning, involvement, and collaboration by planners, developers, designers, city and county officials, and the public. Representing the city and county was the Grand Avenue Joint Powers Authority.

Accessible by both Los Angeles Metro rail and bus, Grand Park celebrated its century-in-the-making on October 6, 2012, with music, food trucks and special events including an aerial dance performance by the group Bandaloop, using lines that suspended them mid-air from the iconic, 453-foot-tall Art Deco City Hall. Since the 2012 celebration, midday concerts, yoga classes, weekly farmers' markets, cultural festivals, and holiday celebrations have attracted more than 150,000 people to the park. 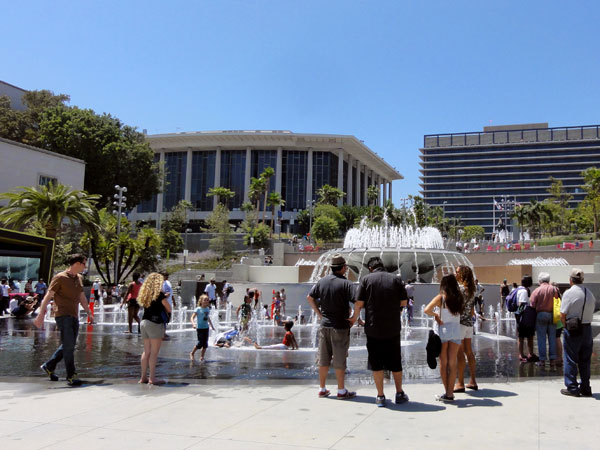 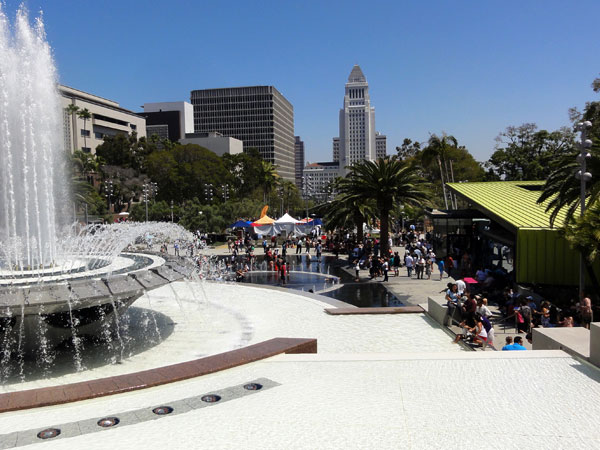