There's no shortage of public spaces in Boston, but the city's first park to be privately financed is the Norman B. Leventhal Park located above an underground parking garage in the serpentine financial district. Where there once was a four-level, above-ground parking structure, there is today a popular and well-maintained space open year-round. 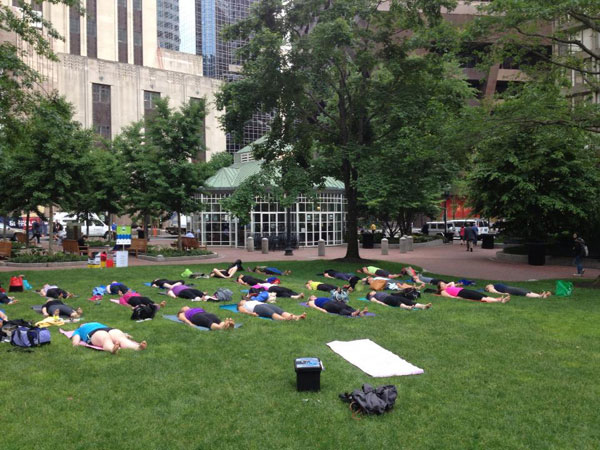 A fitness program is just one of dozens of activities held during the summer months in the park. Photo courtesy Friends of Post Office Square.

A decade in the making and costing $80 million, the idea for the park grew out of discussions in November 1981 between then-Mayor Kevin White and Norman Leventhal about redeveloping the site. Six months later, in April 1982, another meeting with the mayor formally introduced the concept of a park and underground garage.

To implement plans for the $80 million proposal, a private-public partnership was formed between the Friends of Post Office Square, established in 1983, several corporate supporters, the City of Boston, and Leventhal. Acquiring the land for the new park involved a four-year legal battle, which resolved when the leaseholder of the above-ground parking structure accepted a $6 million buyout in 1987.

The 1.7-acre park features a great lawn, promenade, fountains, and more than 125 plant species. The four auto ramps leading to the parking garage are hidden by layers of grasses, bushes, flowers, trees, and iron fencing. Other details, materials and decorative patterns of the park were developed in keeping with the surrounding architecture.

Carefully maintained by the Friends of Post Office Square throughout the year with revenue generated by the parking operation, spring, summer, and early fall months see the most activity when an estimated 1,500 people use the park each week day during its hours of 6 a.m. to 9 p.m. Late spring and summer is also when the park offers mid-day performances by local musicians and outdoor exercise classes.

Since opening in 1991, the park has received more than two dozen awards for its excellent design, the example it sets for a privately owned and maintained public space, and the contributions it has made to the community. 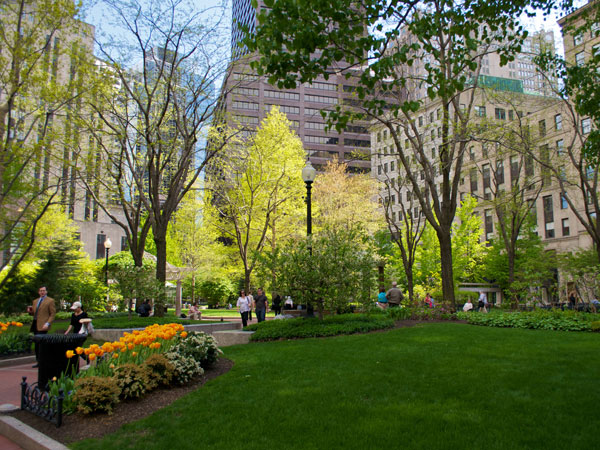 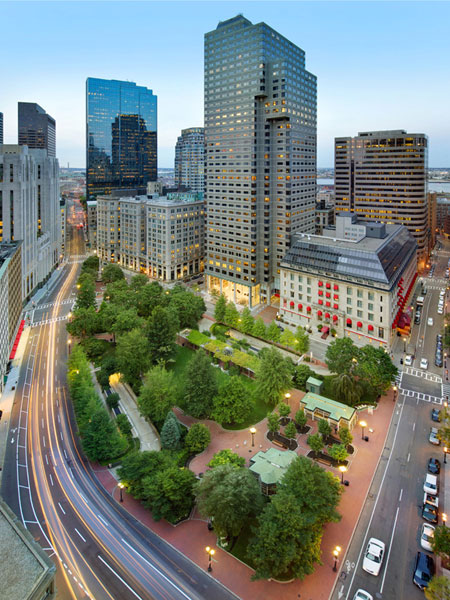 Beneath the park is a 1,500-space parking garage. Photo courtesy Ed Wonsek.