Mount Auburn, the first "rural" landscaped cemetery in the U.S., not only changed how America thought about death, burial practices, and commemorating the dead, it also launched the 19th century rural cemetery and public park movements. 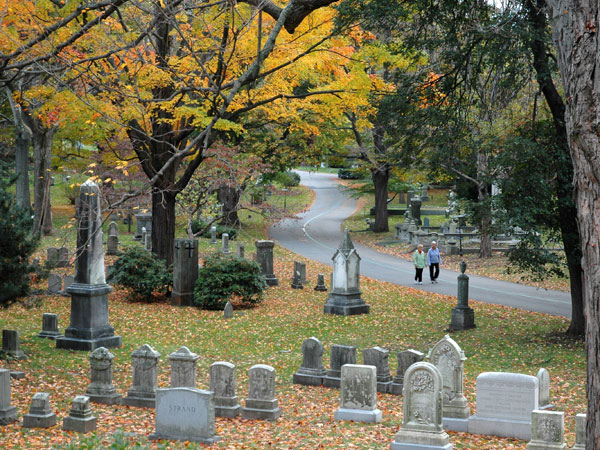 Dr. Jacob Bigelow conceptualized Mount Auburn in 1825 in response to concerns about burials taking place under churches and in overcrowded and poorly maintained burial grounds. The Massachusetts Horticultural Society used 72 acres to establish a new type of cemetery in 1831. The design, influenced by Père Lachaise Cemetery in Paris, was created largely by Henry Alexander Scammell Dearborn with assistance from Bigelow and Alexander Wadsworth.

Today Mount Auburn encompasses 175 acres, functioning as an arboretum and wildlife sanctuary as well as a place to bury and commemorate the dead. An exceptional collection of trees, shrubs, and herbaceous plants provide habitat for a variety of wildlife. Panoramic views of the cemetery, Boston, Cambridge, and beyond can be taken in from the top of the cemetery's 62-foot tall Washington Tower.

Recognized as one of the country's "most significant designed landscapes" and listed in the National Register of Historic Places as well as being a designated National Historic Landmark, Mount Auburn Cemetery draws 200,000 visitors annually. Among the most popular times of the year is the month of May, when birdwatchers arrive by the thousands for the spring migration.

Throughout its history Mount Auburn has been a nondenominational, non-exclusionary cemetery used by people of all races and faiths, from wealthy and prominent Bostonians to Civil War volunteer infantrymen. 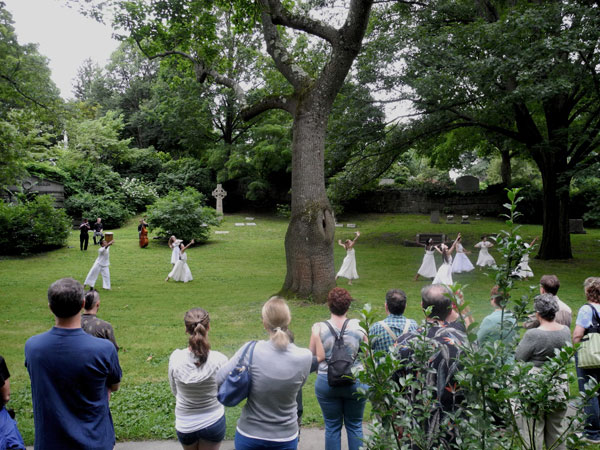 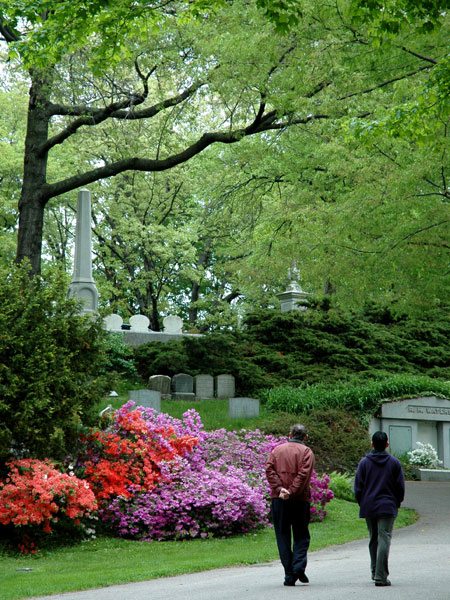 Spring is a popular time at Mount Auburn when visitors come to watch the spring bird migration and to appreciate the blossoming trees and shrubs. Photo courtesy Mount Auburn Cemetery.