Chattanooga's "pedestrian jewel" is not a trail, park, or plaza but the city's historic Walnut Street Bridge, the oldest and largest surviving truss bridge in the South and the first non-military highway bridge to span the Tennessee River. 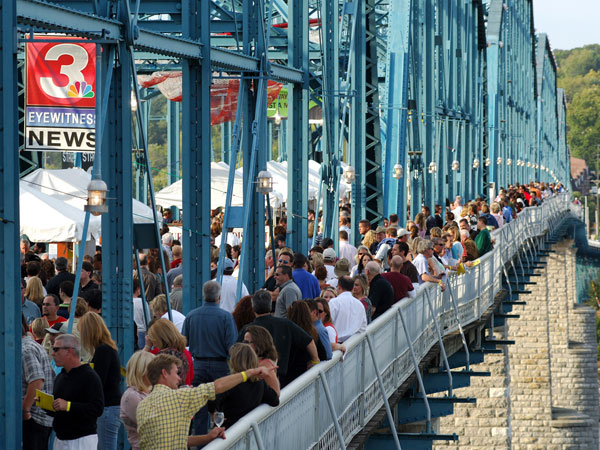 Affording a stunning, 360-degree view of Chattanooga's downtown riverfront, the Walnut Street Bridge is used by residents and visitors virtually around the clock to stroll, jog, bicycle, skate, and dog walk. It also is the location for the annual "Wine Over Water" celebration held in September by Cornerstones, a nonprofit historic preservation organization, which has raised nearly $2 million through the event since 1994.

Built by the Smith Bridge Company in 1890 and opened to traffic a year later, the bridge remained open to vehicles until 1978 when it was deemed unsafe for further motorized use. The Tennessee Department of Transportation recommended demolishing the bridge, but Chattanooga's then-Mayor Pat Rose suggested another idea: use it for pedestrians only. Rose and Ron Littlefield, AICP, the city's Public Works Commissioner, kept the idea alive by hiring local architects Garnet Chapin and Andy Smith of The Riverworks, LLC, to develop a study for restoring the bridge.

Under the auspices of the not-for-profit organization Chattanooga Venture, a committee was formed to determine whether the bridge could and should be restored. Once it was determined a rehabilitated bridge could support pedestrian traffic, the local community rallied behind saving the bridge. Helping transfer the $2.5 million in federal funds originally designated for demolition to rehabilitation were former Chattanooga Mayor Gene Roberts, former U.S. Representative Marilyn Lloyd and former Sen. Al Gore. Local fundraising efforts secured the additional $2 million needed to restore the bridge. Restoration of the 2,376-foot-long span began in 1991 and concluded two years later.

Celebrating the 20th year of its new lease on life, the Walnut Street Bridge continues to connect residents with their city, reminding them of their history, memories, festivals, and civic-minded, "can do" approach to community-wide undertakings. 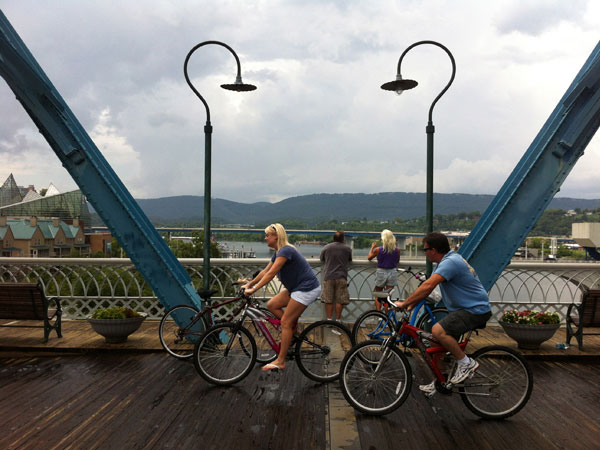 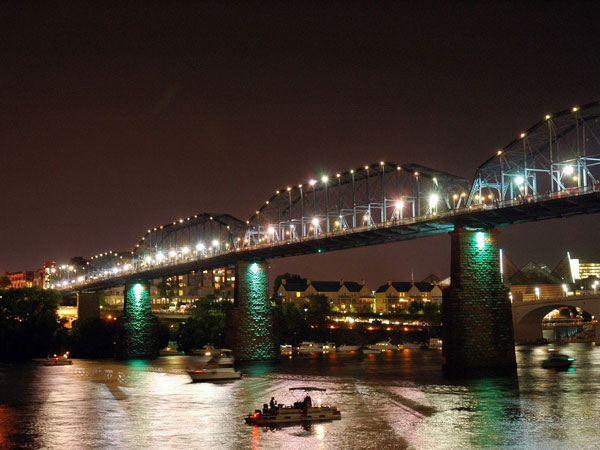