The 3.5-mile "National Recreation Trail" spans the southeastern shore of Aquidneck Island, providing spectacular views of the Atlantic Ocean. The paved public access walkway connects visitors with beautiful vistas, tunnels, and long winding pathways. The rock formations along the coastline create one of the most unique natural environments in the Northeast and attract upwards of 1 million visitors annually. In addition to its seaside location, the Cliff Walk runs through the backyards of impressive residential Victorian architecture of the Gilded Age.

Borders the Atlantic Ocean, beginning on Memorial Boulevard and ending at Bellevue Avenue. 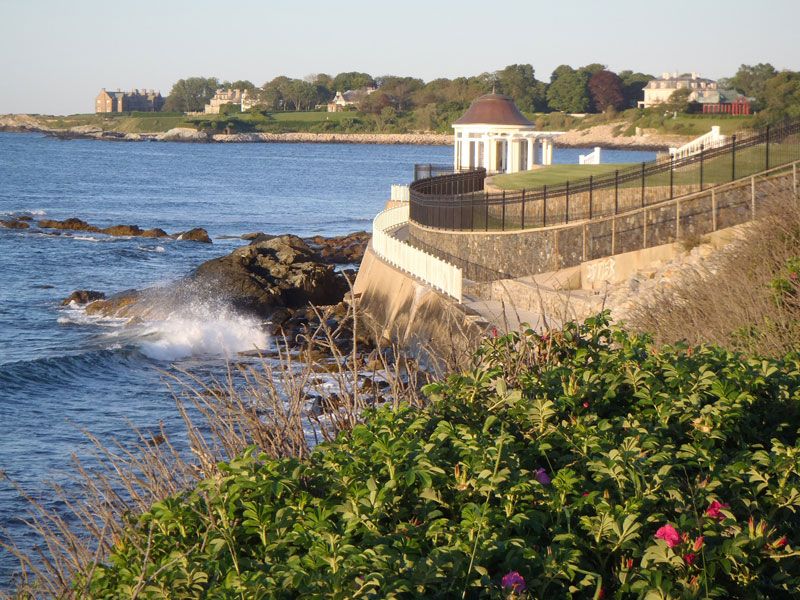 View of stately homes along the walk. Photo courtesy City of Newport.

The Cliff Walk was established as part of the Rhode Island Constitution in 1843. Development of the southern end of the island increased the value of the Cliff Walk as people sought immediate access to the coastline. As the trail's popularity grew, 20th century estate owners along the cliffs began to insulate themselves by building fences and brick walls, and raising the grounds of their estates for increased privacy from passersby. This ultimately led to the architectural remnants of assorted styles, materials, and treatments that can be found on the walk and underlying cliffs today.

Although hurricanes have threatened its existence repeatedly throughout the years, the Cliff Walk continues to be the most popular tourist attraction in Rhode Island. 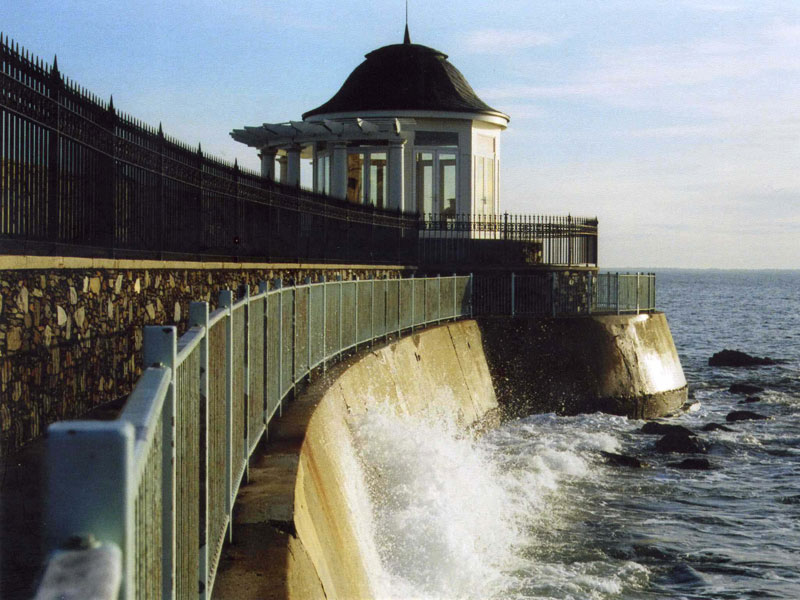 Waves crashing into the walk. Photo courtesy City of Newport. 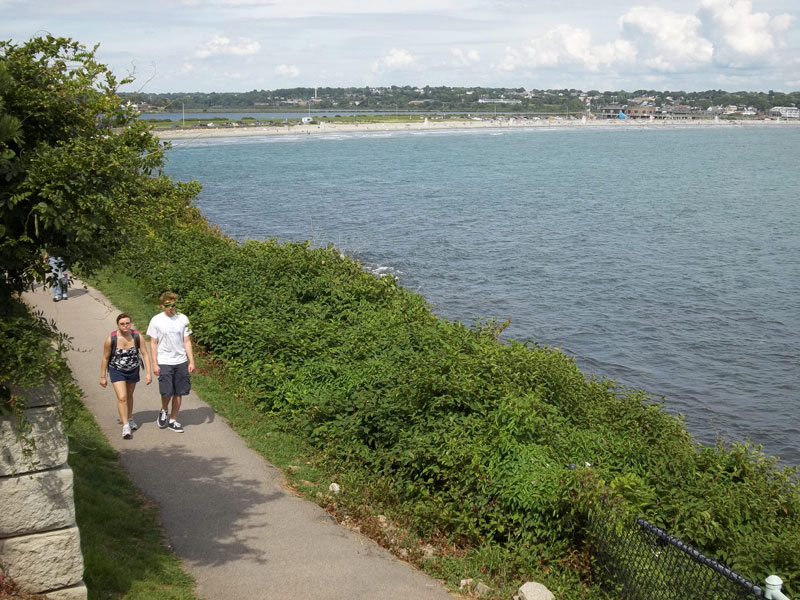 View from the Cliff Walk of Easton's Beach. Photo by Melissa Barker.