Lake Mirror Park is the centerpiece and crown jewel of downtown Lakeland, Florida. As the January 1930 issue of National Geographic wrote about the area around the lake: "Like an ornate entrance to some vast Venetian palace looms the Civic Center of Lakeland." 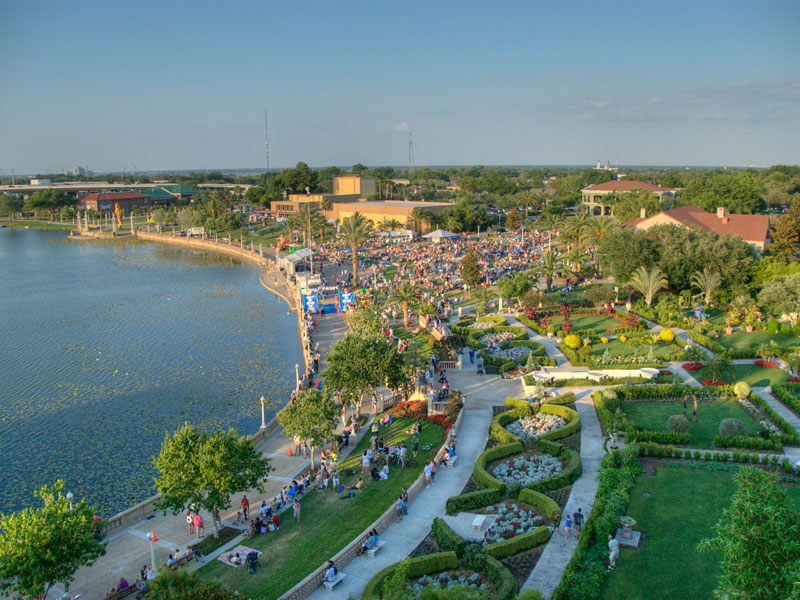 The park was conceived on the back porch of Tom Appleyard, president of the Chamber of Commerce at the time. Lake Mirror covers 18 of the park's 32 acres. There are seven acres of open space surrounding the lake, and an additional seven acres of parks, public recreation, and leisure facilities.

The most prominent and unique feature of the park is the promenade and loggia that is one of Florida's best examples of the "City Beautiful" movement from the 1920s. Architect Charles Wellford Leavitt's design includes ornamental lamp posts and Corinthian columns that define the west side of the Promenade. The structure rises above Lake Mirror creating a vista to the east. Surrounding the park are a number of historic buildings including the New Florida Hotel, now known as the Lake Mirror Tower Apartments, and the Manolia Building, which contribute to the character of the park.

After several decades of neglect in the 1960s and 1970s, an engaged group of local citizens formed Historic Lakeland that worked to restore Lake Mirror Park to its former glory. These efforts resulted in the park's listing on the National Register of Historic Places in 1983. The city established the Community Redevelopment Area and developed and implemented a master plan for the park that was completed in 2010.

Lake Mirror Park has become the center of activity in the community and is the only location in the city that can accommodate large and diverse events. The park provides ample open space for residents, employees, and visitors to recreate, socialize, or restfully enjoy the scenery. 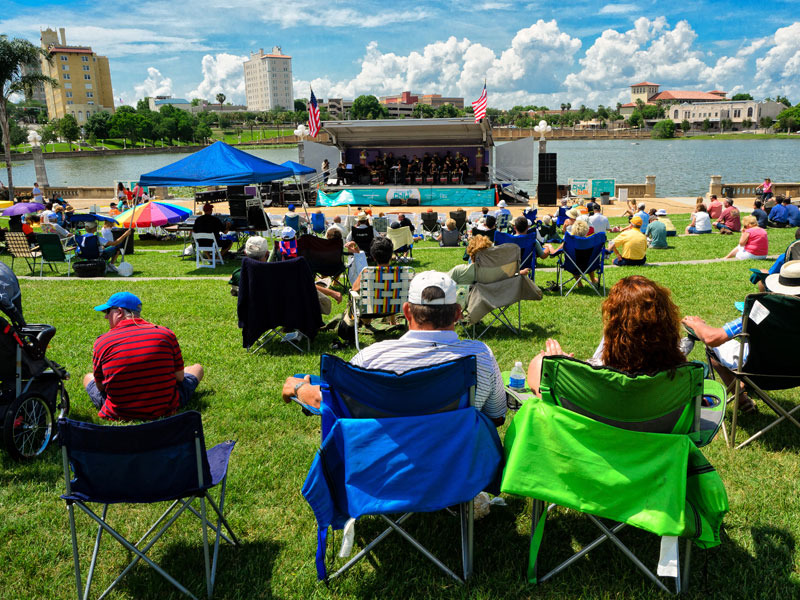 People sitting on the lawn overlooking Lake Mirror during a free concert. Photo by Tom Hagerty. 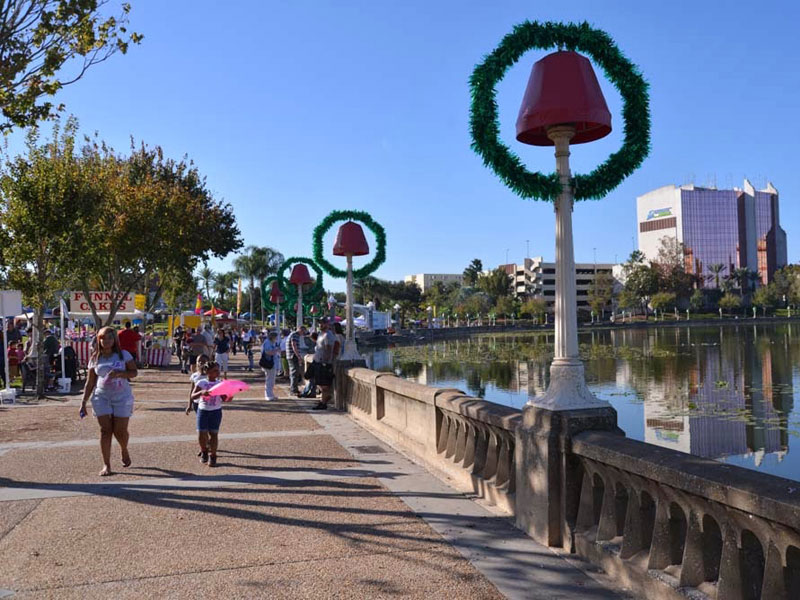 People walking along the promenade and winter holiday decorations. Photo by Tom Hagerty.