Point State Park's unique historic, natural, and recreational features blend to provide a respite from the stresses of urban life. The area's rich history dates back to the 1700s, when it played an important role in the French and Indian War and the development of English colonies.

Located at the tip of Pittsburgh's Golden Triangle from the centerline of Commonwealth Place, west to the confluence of the Allegheny, Monongahela, and Ohio Rivers. 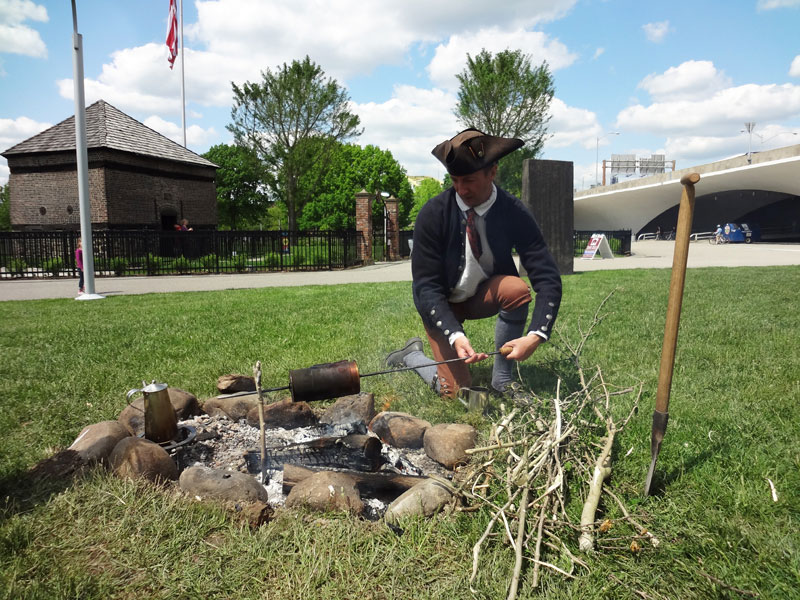 In more recent times, the park was integral to the rebirth of Pittsburgh's downtown from the 1950s through the 1970s. Point State Park was designated a National Historic Landmark in 1975 and is listed on the National Historic Register of Historic Places as part of the Pittsburgh Renaissance District.

Point State Park was born out of the Pittsburgh Renaissance, an urban renewal project in the 1950s that cleared a former blighted industrial area for the 36-acre park that was completed and dedicated in 1974.

One of the park's iconic features is the Point Fountain. Located at the headwaters of the Ohio River, it sprays water 150 feet into the air. Additional park amenities include the Great Lawn, which houses the location of the French Fort Duquesne; a pedestrian bridge spanning a reflecting pool; museum; river access; and 54,000 native plants. The park hosts a variety of annual events including the "Three Rivers Arts Festival," which draws nearly 750,000 visitors to the city. Approximately 2.5 million people visit the park annually, creating millions of dollars of economic impact for the city. 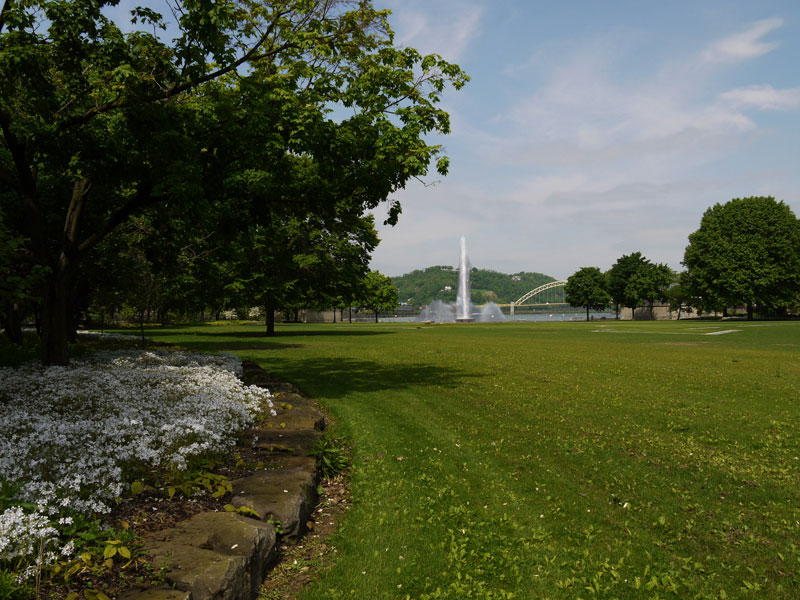 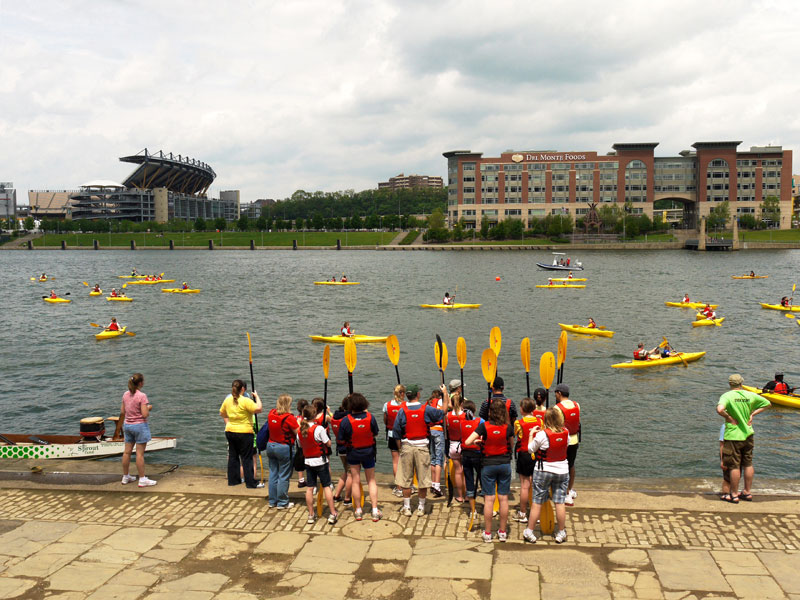