Rainer Vista is a beloved iconic and memorable campus open space. It links the heart of the University of Washington — Red Square — with a regional icon — Mount Rainier — located 60 miles away.

Extending from the southern edge of Red Square to the intersection of NE Pacific Street and Montlake Boulevard NE. 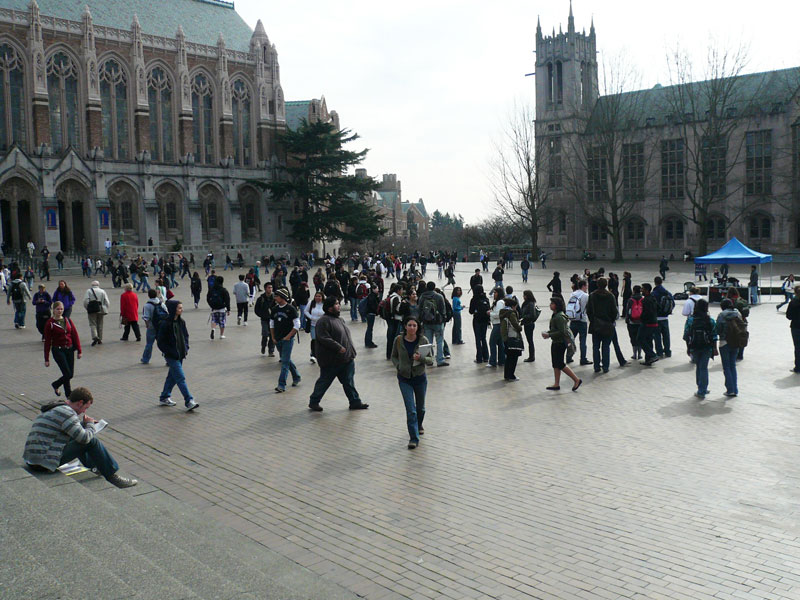 The Vista provides a picturesque view of Mount Rainier that is framed by grand evergreen trees and campus buildings. It serves as a southern entry point to the campus, houses an underground parking facility, and is heavily used by pedestrians moving about campus, socializing, or arriving and departing from the surrounding Metro bus stops.

The space was originally designed as an iconic vista for the Alaska-Yukon-Pacific Exposition in 1909 by John C. Olmsted of the Olmsted Brothers firm. He envisioned creating a grand promenade framing the view of Mount Rainier. The university has always recognized the value of this iconic open space and has restricted development on the Vista that would diminish the quality and character of the landscape.

As part of the construction of a new light rail station adjacent to Montlake Triangle, $38 million has been allocated for improvements on the area surrounding the Triangle to create better pedestrian and bicycle connections. Once completed in 2015, the Vista will become a primary point of entry to the campus for thousands of individuals commuting on light rail from SeaTac Airport, downtown Seattle, and eventually points further north. 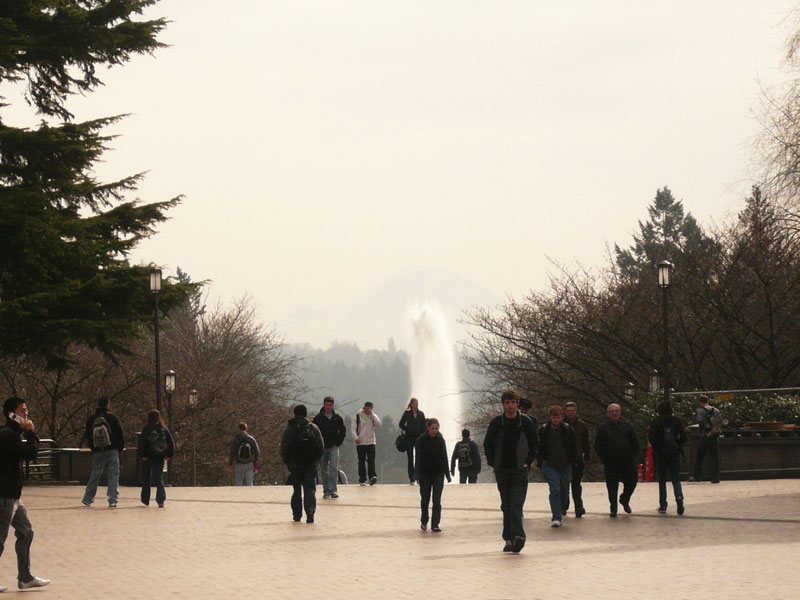 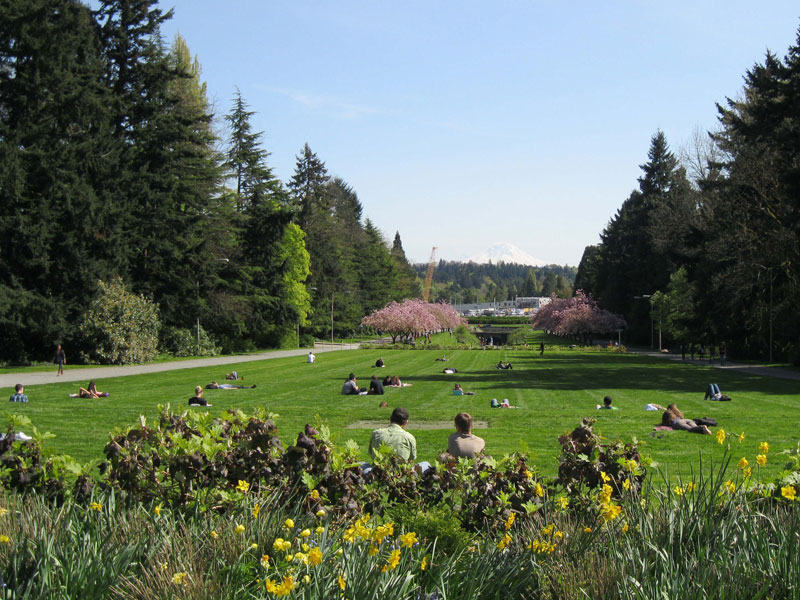