The Lawn at the University of Virginia: Charlottesville, Virginia

Conceived and designed by President Thomas Jefferson, The Lawn at the University of Virginia (UVA) is surrounded by residential and academic buildings and gardens. Its focal point is the Rotunda, the most recognizable symbol of the university and designed by Jefferson as the library, not a church as would have been found at the center of most American universities at the time.

Bounded by the Rotunda to the north and Old Cabell Hall to the south, and lined symmetrically on the east and west by two-story pavilions and one-story student rooms. 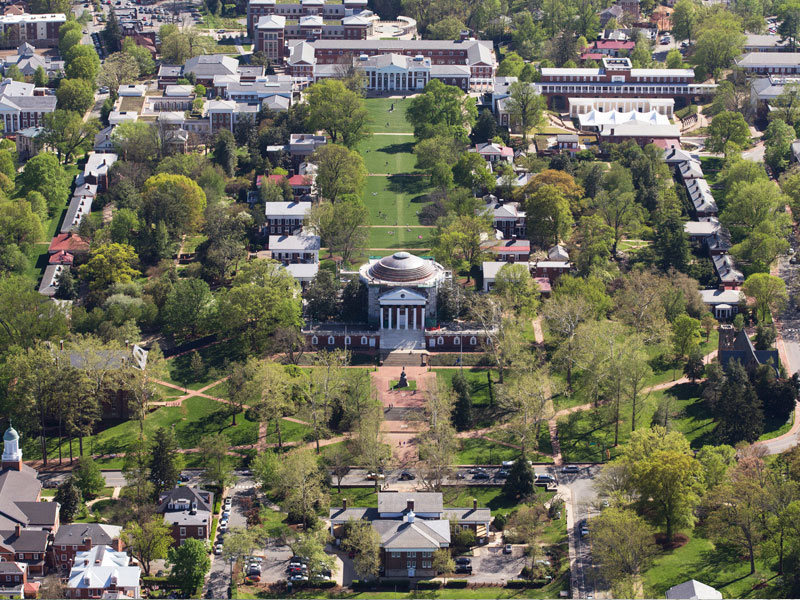 Aerial view of the Lawn. Photo by Dan Addison.

The Lawn and Rotunda serve as models for similar designs of "centralized green areas" at universities across the United States including Massachusetts Institute of Technology, Duke University, and the University of South Carolina.

In his design, Jefferson broke the traditional English university quadrangle form that earlier colleges in the colonies had emulated. The open-ended layout of the Lawn was intended to encourage learning, living, dining, and playing all in one place and continues to facilitate Jefferson's vision of a mixed-use campus where students and faculty interact in varied settings on a daily basis. His concept was of a utopian "Academical Village" set apart from the world and focused on the teaching, learning, and cultivation of educated citizens.

The University of Virginia remains committed to the upkeep and restoration of the buildings enclosing the Lawn. Currently, the Rotunda is undergoing a $51.6 million renovation, which involves restoration of historical features, improving infrastructure systems, and upgrading interior accommodations, including interpretive features. The renovation is slated for completion in July 2016.

The Lawn and surrounding structures are listed on the Virginia Historic Register, the National Historic Register, and the list of UNESCO World Heritage Sites. These structures are used as residential, ceremonial, and academic spaces as Jefferson originally intended. The space has also become a tourist destination drawing 100,000 visitors per year. University of Virginia students lead free guided, daily tours. 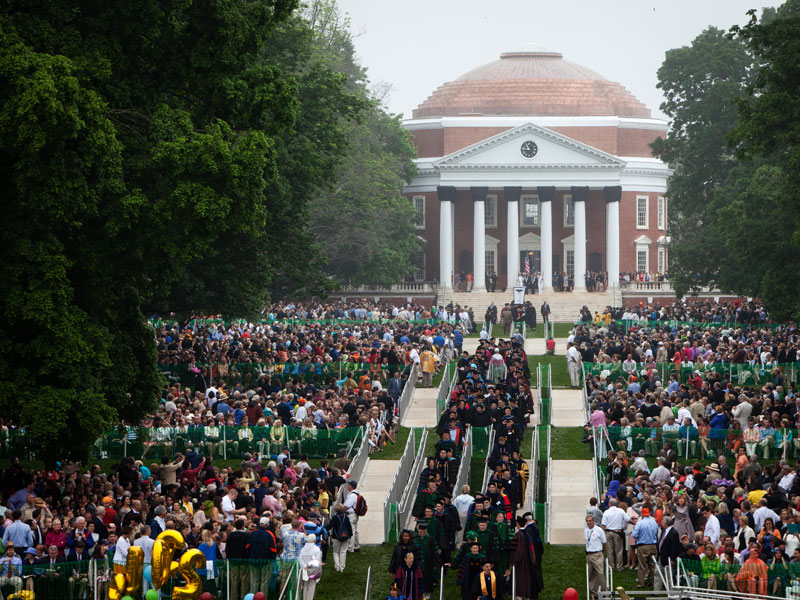 Walking the Lawn' during graduation ceremony. Photo by Dan Addison. 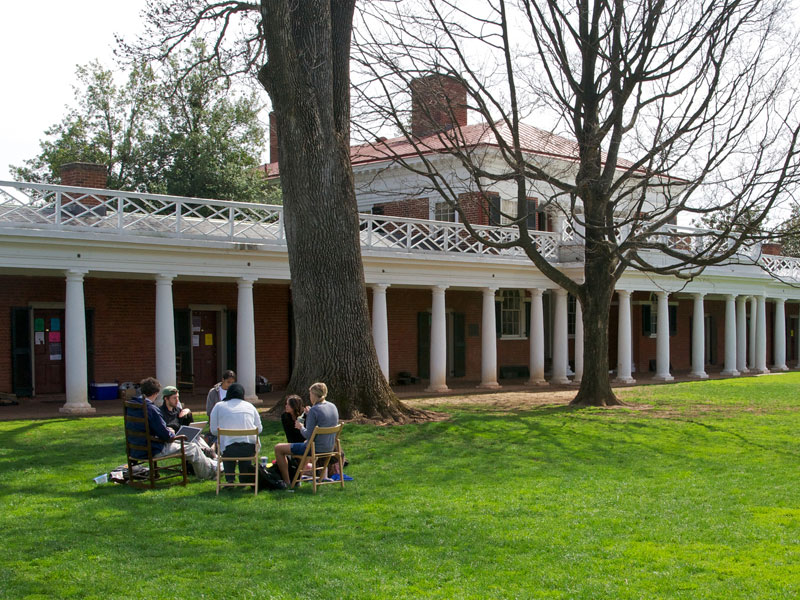 Students studying on the Lawn. Photo courtesy Office of the Architect, University of Virginia.