For more than 100 years, the Pearl Street has served the City of Boulder in diverse capacities, always with a strong focus on the community and on providing useful space for residents, businesses, and visitors. Since 1977, the Pearl Street Mall has carried on that tradition. 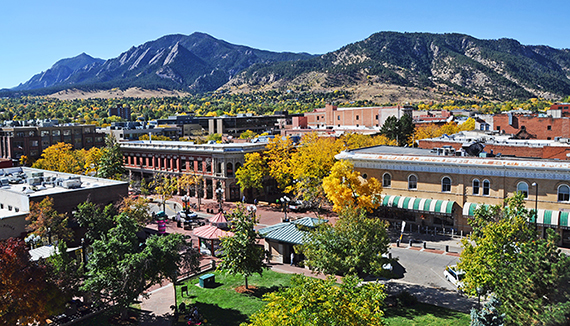 View of the Pearl Street Mall and Flatirons rock formations from the roof of the Boulder County Courthouse. Photo Downtown Boulder.

In the late 1800s, Pearl Street was the commercial artery of Boulder with horse-drawn carriages and wagons carrying people through downtown. In the early 1900s, the automobile arrived and Pearl Street became the first paved street in Boulder, flanked by 15-foot sidewalks.

The 1960s and 1970s were a transitional period: Boulder's population doubled in size and crime rates grew as the downtown began crumbling. To revive the commercial core, a series of planning groups was founded. In the late 1970s, the Boulder City Council voted to establish a "Downtown Boulder Mall," and the Pearl Street Mall was dedicated in 1977. In the years since, historic buildings have been restored and national and local historical designations have helped maintain the character of downtown Boulder.

The four-block stretch is a popular destination for tourists, residents, and students at the nearby University of Colorado Boulder. The mixture of locally owned stores, restaurants, public art, and small gardens makes the Pearl Street Mall a favorite gathering spot. 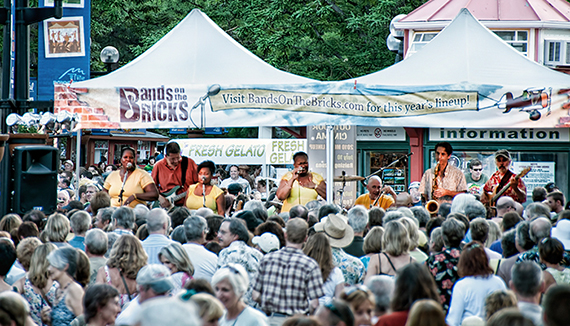 Pearl Street Mall is a gem of Boulder — an extraordinary gathering place with a rich planning history of preservation and pedestrian-focused development. 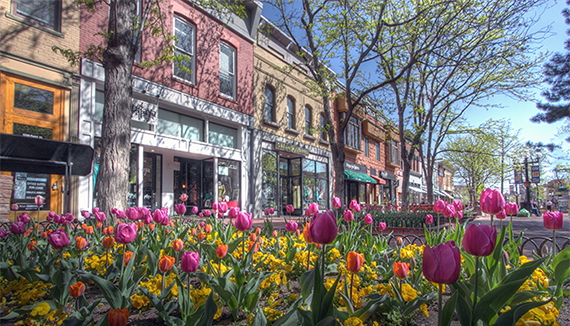 Each year, the City of Boulder parks and recreation department plants more than 9,000 tulip bulbs from Holland along the mall. Photo Greg Thow for Downtown Boulder.