Recognized for its exceptional concentration of architecturally distinguished homes built during the late 19th and early 20th centuries, East Newberry Boulevard is an iconic example of the boulevard planning concepts espoused by Frederick Law Olmsted and tied closely to the construction of two Olmsted-designed parks at the east and west ends of the boulevard. The boulevard's majesty is enhanced by the works of several notable architects and builders from the area at the time. These well-crafted, unique houses were designed not just as showplaces but to withstand the test of time.

The 12-block-long East Newberry Boulevard is between Lake Park on Lake Michigan to the east and Riverside Park on the Milwaukee River to the west. 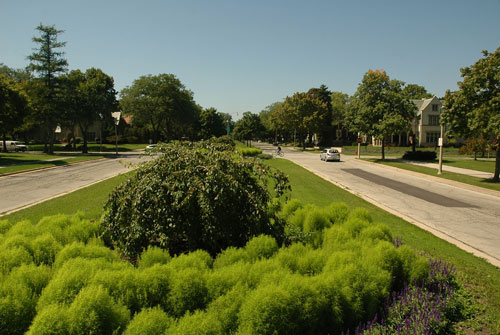 This wide, planted median along East Newberry Boulevard hosts informal soccer and football games in the spring and ice sculptures in the winter. Photo courtesy of Dave Lahaye.

With its broad tree canopy and wide, planted median, the boulevard does more than connect Lake and Riverside parks — it extends them. Here, in the shade of century-old elms and maples, residents stroll or sit, taking in the scenery or reading.

Stately and serene, East Newberry Boulevard embraced those on foot and horseback as well as in cars. Today, spring through fall brings informal games of soccer or football; in winter, snow forts and castles dot the median. 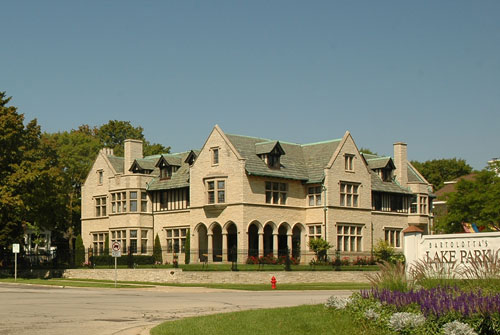 Flanked by Olmsted-designed Lake and Riverside Parks, there are nearly 100 historic homes along East Newberry Street, some of which are quite large. Photo courtesy of Dave Lahaye. 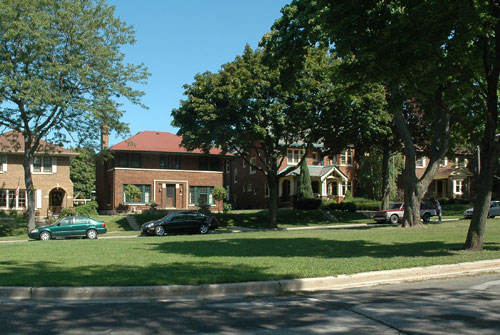