As the main street of Collingswood, a borough with 14,000 residents, Haddon Avenue is a mixture of small town friendliness and larger city diversity. The tree-lined avenue with its historic buildings, wide sidewalks, town clock, period lamp posts, flower baskets, and pole banners captures the look and feel of late 19th and early 20th century small town America. At the same time, a more contemporary side to the avenue is making Collingswood one of New Jersey's smart growth leaders. Transit-oriented development known as the LumberYard is being completed this year. 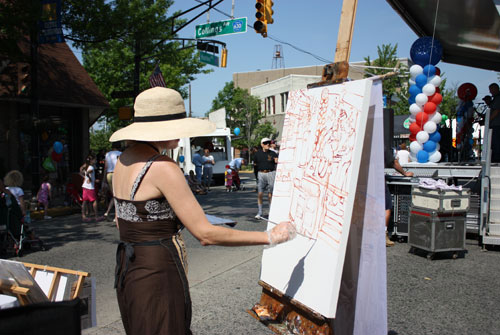 The Borough of Collingswood holds more than 40 arts- and entertainment-related events along Haddon Avenue each year including the May Fair, which features more than 100 artists and four stages of live music. Photo courtesy of Cassandra Duffey.

Haddon Avenue's current fortunes have been years in the planning and making. Under the leadership of Mayor Jim Maley and past and current borough commissioners, a Master Plan for Collingswood was completed in 1997.

Twelve years later the plan, refined by the Haddon Avenue Corridor Study and the Heart of Collingswood study, continues to guide implementation and continuing redevelopment along Haddon Avenue and elsewhere in the community. 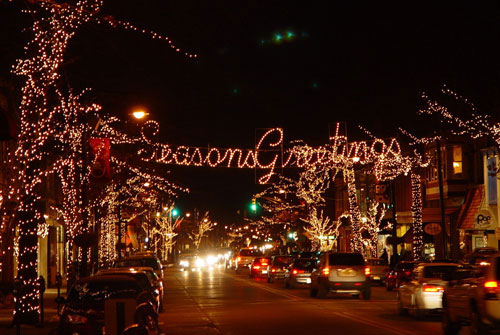 Decorated for the holiday season, Haddon Avenue radiates a distinctive sense of place for the 14,000 residents of Collingswood. Photo courtesy of Action Sports Photograph. 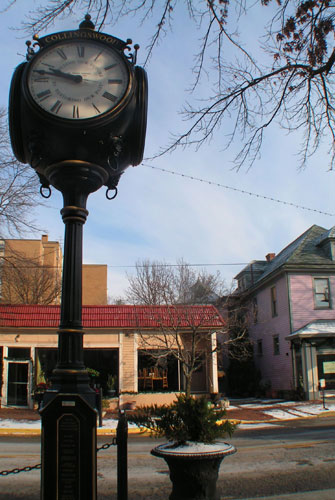